Dr Callan Cohen, a research associate of the University of Cape Town’s (UCT) FitzPatrick Institute of African Ornithology, has discovered a world pollination first: an orchid that sexually exploits longhorn beetles. The near-extinct Disa forficaria, known from a single remaining plant in the mountains near Cape Town, mimics a female beetle so convincingly that the male beetle mates with the flower, thus pollinating it.

Dr Cohen and a team of local and international researchers discovered an entirely new chemical system involved in this deception, and they are pioneering the process of using pollination to survey for the presence of critically endangered plants.

“Incredibly, while I was observing, a beetle flew to the plant and clearly mated with it.”

These discoveries stem from Cohen’s search for rare African orchids in the mountain ranges near Cape Town. Disa forficaria – a relative of the iconic Red Disa – was last seen in 1966, and only 11 of these plants have been found in the last 200 years, making it one of the rarest plants in the world. In an attempt to document the last known plant, Cohen aimed to take detailed photographs of it.

However, it only produces one flower at a time; and when Cohen first saw it, the flower had withered. But he persisted, visiting a further four times until another flower bud slowly ripened. On his fourth visit, Cohen was excited to see that a second flower had opened, as it has one of the most mysterious shapes of any orchid.

“Incredibly, while I was observing, a beetle flew to the plant and clearly mated with it,” he recalled.

With his interest in pollination biology, Cohen immediately realised the significance of the observation, and captured it with his camera.

Orchids are known as deceivers; they mainly utilise food deception, by imitating plants with nectar despite having none – such as the famous example of Cluster Disa on Table Mountain. However, in Europe there is a group of orchids that uses sexual deception on bees; and in Australia, orchids are found that do the same thing with wasps.

And while beetles are the oldest-known pollinators of plants, and the most diverse group of plant pollinators, Cohen had discovered what was to become the first clear case of a plant sexually deceiving a beetle. The other systems of deception have been studied extensively; but how, wondered Cohen, did this new system work with beetles? And could it be described from only a single living plant?

The next step was to prove that what Cohen had witnessed was indeed sexual deception. He assembled a joint South African and international team to investigate the phenomenon, including UCT alumnus and world-famous pollination researcher Professor Steven Johnson; the University of KwaZulu-Natal’s Dr Adam Shuttleworth; UCT’s Centre for Statistics in Ecology, Environment and Conservation associate Dr Jonathan Colville; and orchid experts William Liltved and Benny Bytebier.

Using detailed photography, Cohen noticed that the beetle had a small, penis-like organ which it inserted into the modified lip of the flower. But would they find sperm on the plant?

Cohen took several macro photographs of the flower just before the moment he predicted the beetle would get to the flower. The beetle duly visited the flower, and then flew off – leaving something behind. The substance was tested, and conclusively showed sperm.

“This is only the second time in the world that an insect has been found to ejaculate on a plant during pollination.”

“This is only the second time in the world that an insect has been found to ejaculate on a plant during pollination,” said Cohen.

Following this discovery, the researchers posed another question: What chemical was attracting the beetle to the flower?

“We wondered if there was a whole new chemical system that hadn’t yet been described,” said Professor Johnson.

To answer this, the team took a sample from the flower and caught a beetle to test in the laboratory.

They began by vaporising a piece of the flower in a gas tube; then they looked at the electrical impulse of the beetle’s antennal response, before correlating the molecular weight of the emitted chemical. From this, they found that the active chemical in the flower was what had attracted the beetle.

The team sent the plant extract to a top chemist in Germany, the Max Planck Institute’s Dr Ales Svatos, who discovered the chemical involved and whose colleague, Dr Jerrit Weissflog, synthesised possible forms of its molecular structure. The chemical was a newly discovered macrolide, which the team named “disalactone”.

Cohen’s research team tested the synthesised molecules in the field, to find out which forms of the plant’s chemical the beetle would be attracted to.

“Fascinatingly, the beetles all came to a particular form of the synthesised component, believed to be a mimic of the female beetle pheromone produced by the orchid,” said Cohen.

However, on returning to the plant site the team discovered that the plant had disappeared; only a dug-out hole remained. They didn’t know whether this was due to the actions of an overzealous orchid collector, or the work of a porcupine. Fortunately, another discovery awaited them.

During their experiment with the synthesised molecules, they discovered that some of the beetles were carrying pollen (confirmed by genetic barcoding) from at least two other individuals of the Disa, proving the plant is not extinct.

The team realised that they could now survey for the flowers by using the synthesised chemical to attract beetles that might carry evidence of the real orchids.

“This resulted in narrowing down the area where the rare plants exist, and allows for a concentrated search for the orchid.

“Using pollinators to see if an endangered plant is present in the area is also a world-first,” said Cohen.

“This discovery can help save the critically rare orchid, on the edge of extinction, with a novel chemical survey technique.”

“Using pollinators to see if an endangered plant is present in the area is also a world-first.”

Following these multiple discoveries, and the recent publication of Cohen’s and the research team’s findings in Current Biology, pollination experts from around the world are studying the consequences and implications.

“The morphological cues for sexual deception haven’t been studied extensively, and provide opportunities for further study.

“The petals of the Disa forficaria look like beetle antennae, and have clearly evolved for a reason,” said Cohen.

Finally, the research provides further perspectives into the biological function of macrolides, which are important components of many antibiotics. 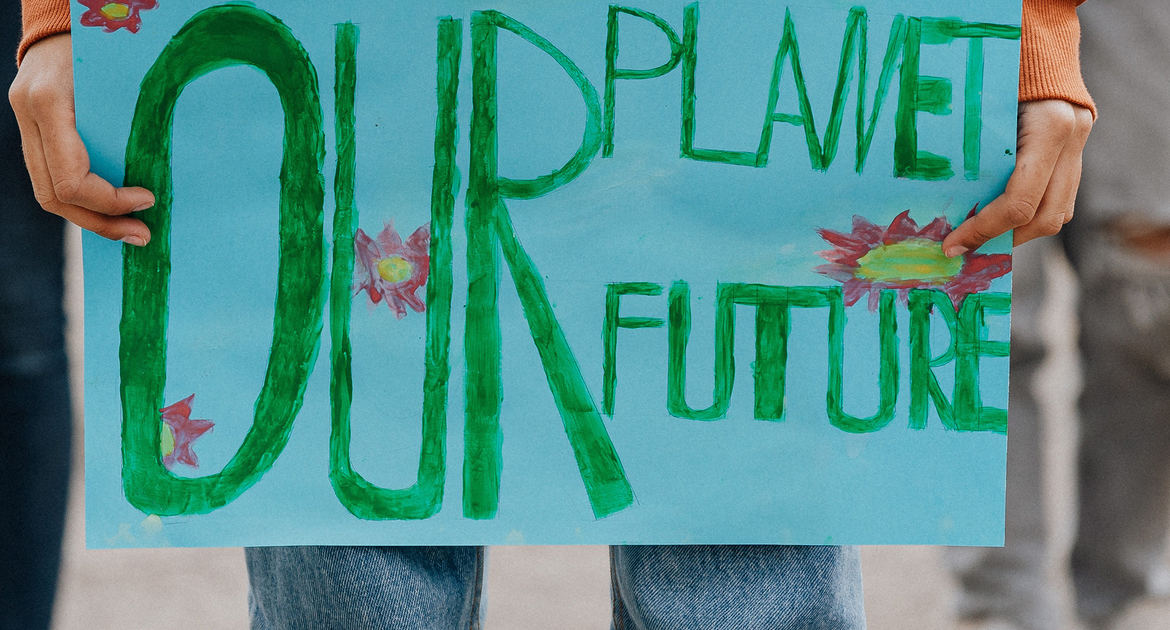 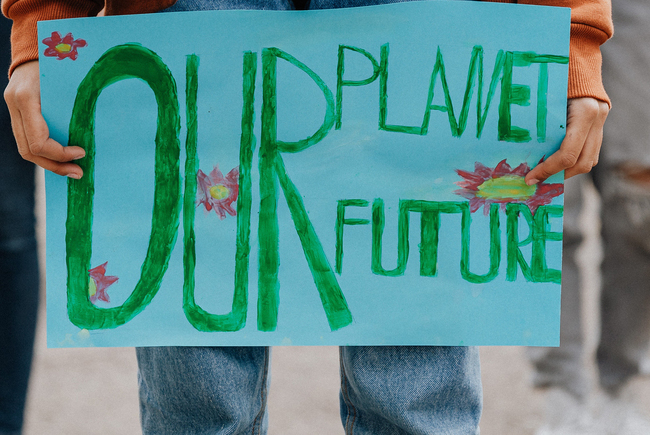 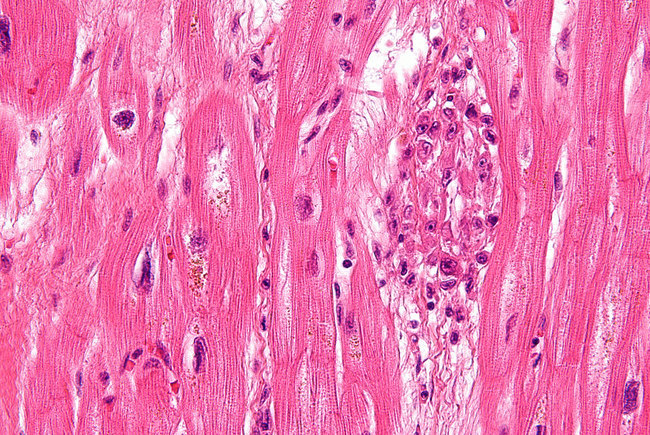 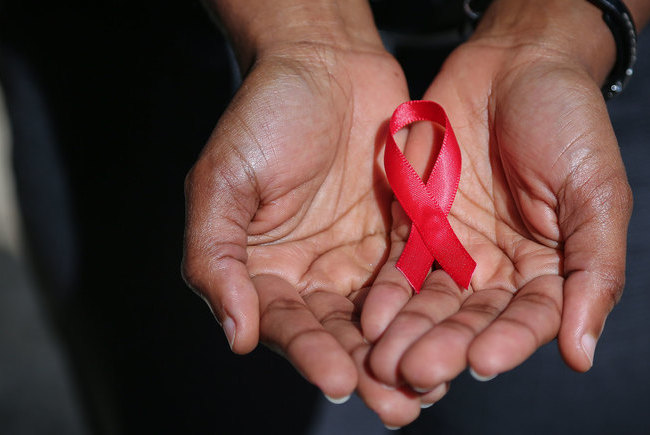 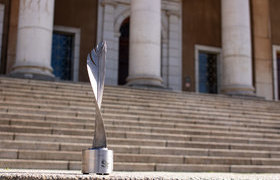 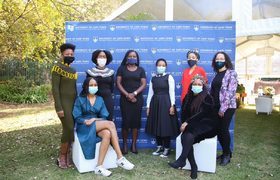 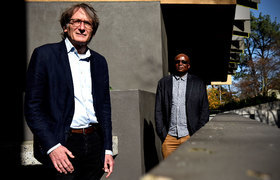 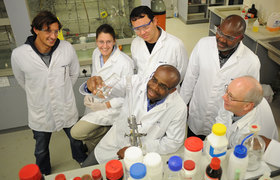 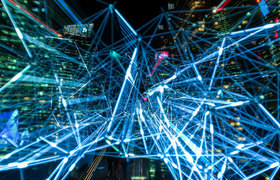 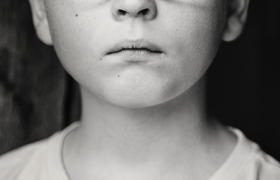 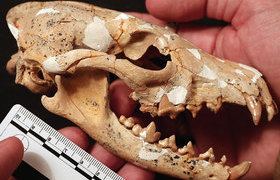 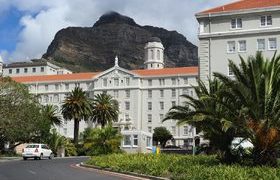 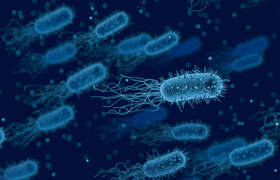