As UCT’s Students’ Health and Welfare Centres Organisation (SHAWCO) nears its 75th anniversary, the annual general meeting reflected on the past year and celebrated volunteerism in its many forms.

Each year, the SHAWCO AGM is held at one of its many centres, with this year’s event taking place at the “birthplace” of the organisation, in Kensington. Said Gavin Joachims, SHAWCO’s director, “Our AGM this year was a celebration of volunteerism.”

SHAWCO is one of the biggest student volunteer organisations on the African continent. For the past 75 years, it has provided primary healthcare services, along with a range of education-related services, to under-resourced communities in Cape Town and further afield.

The past year has seen a number of highlights for the health sector of SHAWCO.

As Joachims explained, “SHAWCO Health serviced more than 4 000 members of our community last year. They consult with projects throughout the Cape Town metropole, all the way from Dunoon to Masiphumelele.

“They also engage with refugees, so they do a programme in collaboration with the Scalabrini Centre – which was launched in 2017 – which was one of the big highlights of the past year.”

SHAWCO currently runs Saturday clinics for refugees with a focus on women’s health.

“Women’s health promotion also happens in other areas, but this is the first time we have worked specifically with women refugees,” Joachims explained.

“Women’s health promotion also happens in other areas, but this is the first time we have worked specifically with women refugees.”

The annual rural health programme was another success of 2017. This programme sees student healthcare volunteers using their vacation to work in rural locations in the Eastern Cape. The students ask the clinics to advertise beforehand, and “by the time the volunteers get there they are very full”.

“The students have put together a project plan for 2018 that will have a very big impact in terms of our work in rural communities,” Joachims said.

Another high point for SHAWCO Health in 2017 was a technological improvement to the documentation and patient-tracking system. One of SHAWCO’s biggest donors, GrandWest Casino, donated tablets to enable volunteers at clinics to easily access and record data.

Meanwhile, in its education work, SHAWCO Education aims to bring diversity into UCT.

They reach children as young as two-and-a-half years old, affording them access to computer classes. At the other end of the spectrum, Grade 12 learners can take part in the Saturday School where they receive tuition in various subjects, along with career guidance.

Part of SHAWCO’s work with the children is prioritising their social awareness.

“They have been the recipients of volunteerism, and then it is for them to take this back into the community and form long-standing bonds of service and social giving,” Joachims explained.

Last year was the second of a five-year plan launched by SHAWCO Education in 2016.

“A lot of it was about consolidating work, documenting and recording what it is that SHAWCO Education does, to ensure that indicators and outcomes are being met,” he said.

They also examined the gaps in provision of services.

“One of the gaps that we found was engaging with learners from Grade 7 and up. We found that between primary school and high school, marks drop and behaviour changes. We looked at how we can still work with those kids during their period of transition.

“We found that a lot of the kids were coming to the programmes really hungry.”

“Another big project was the food plan. We found that a lot of kids were coming to the programmes really hungry. So, together with our centre managers, education and leadership looked at options to provide at least one meal per week for the learners.”

The food plan, launched earlier in 2018, targets 1 300 learners in the after-school programmes at 14 different sites.

SHAWCO Education also consolidated its partnership with UCT RAG to combine resources and increase their impact.

Besides strengthening ties with their donor partners, SHAWCO has revisited other fundraising strategies for the year ahead.

“There were things that SHAWCO had not done historically – for example, crowdfunding – that we are looking at as an option to generate income,” said Joachims.

“My view is that over the next period a lot of our work will focus on the SHAWCO International offering and social entrepreneurship, where students come from overseas institutions. We also want to increase our volunteer numbers. We are currently moving towards 3 000 volunteers, and our aim is that by 2020 we will have closer to 5 000 volunteers.”

SHAWCO staff members are also benefiting from various skills programmes in computer literacy and communications, and SHAWCO’s centres are scheduled to get some attention in the year ahead.

“The big focus over the next period is making our centres what they were in the past. Our focus going forward is to ensure that every one of our centres is also registered as an ECD [early childhood development] facility,” he added.

“What we have done right is we have ignited a new energy and partnership within the UCT community. In terms of UCT being socially responsive, this is truly what SHAWCO is. This is what we achieve through our salient giving, through financial giving, and through our time.” 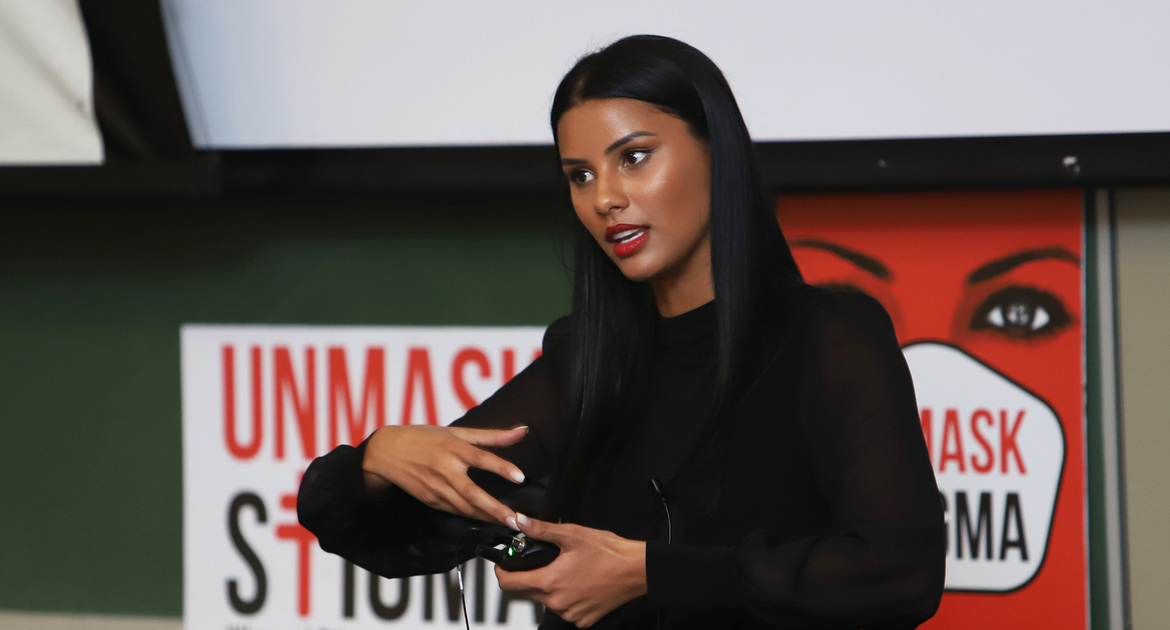 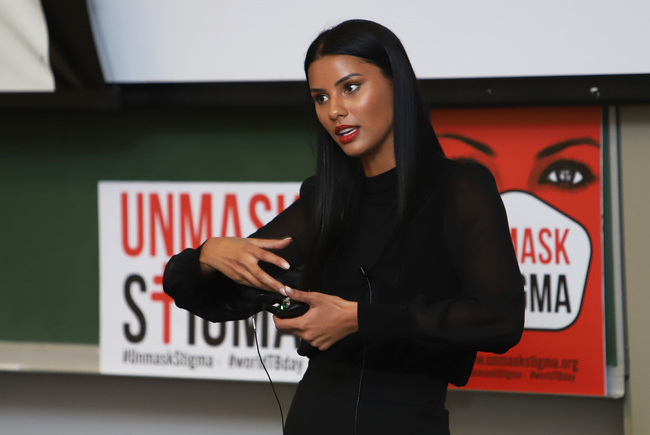 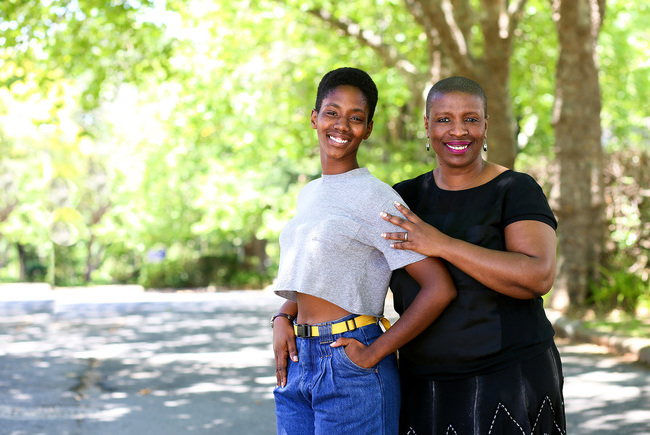 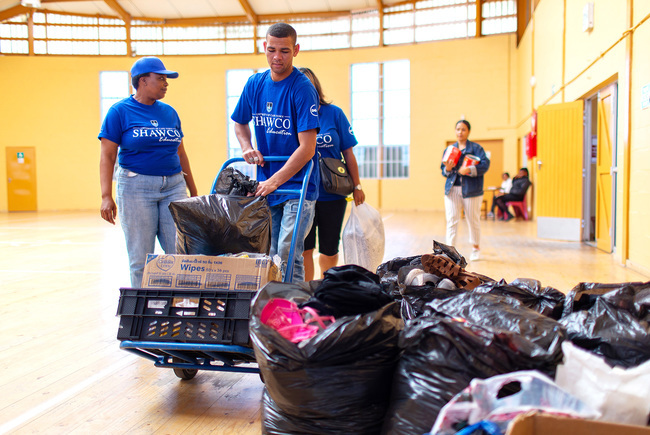 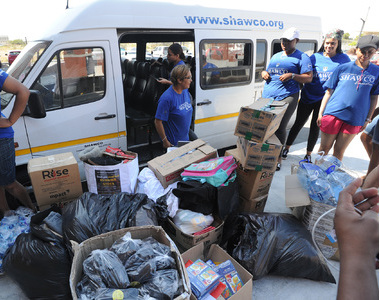 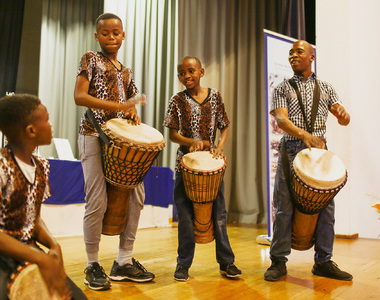 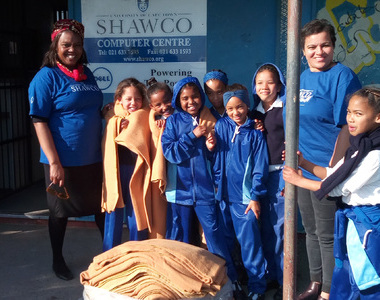 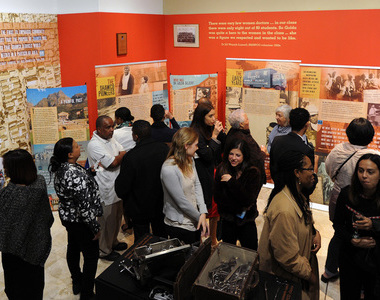 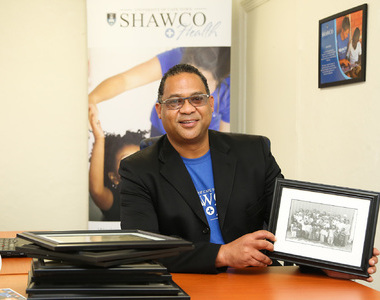 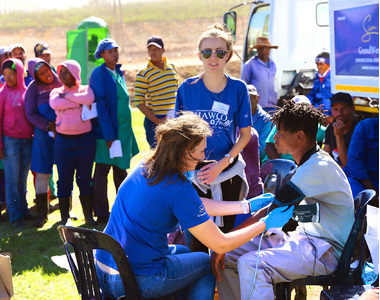 News
Volunteers see need through new eyes
SHAWCO’s 750 km health tour to four rural communities in celebration of the organisation’s 75th anniversary was an unforgettable experience for volunteers – and those they treated. 09 May 2018 - 3 min read 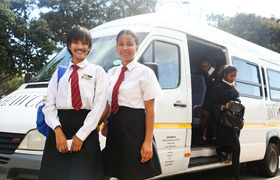