‘Slow the Flow’ rakes in awards

The University of Cape Town’s Communication and Marketing Department (CMD) was honoured with 11 awards at the recent 2018 MACE Excellence Awards, with the “Slow the Flow” water-saving campaign bringing home three prizes, including a special Business Issue Award.

The Marketing, Advancement & Communication in Education (MACE) awards are conferred annually to recognise and celebrate the excellence and achievements of specialists and practitioners in marketing, advancement and communication in South Africa’s higher education sector.

The gala event at which the awards are presented is the highlight of the MACE Annual Congress.

This year the UCT “Slow the Flow” campaign scooped two gold awards in the Campaigns division in both the Issue Management and Crisis Management categories.

It also earned the Carl and Emily Fuchs Business Issue Award, which goes to the entry deemed to have successfully addressed a critical business issue “that threatened the well-being or viability of an institution”. The winner must also demonstrate “strategic alignment, while presenting an effective, innovative resolution with measurable results”.

The “Slow the Flow” campaign saw UCT set itself a 50% water-savings target across campuses in a massive awareness exercise in light of the drought that had Cape Town preparing for Day Zero, when the taps would be turned off.

In 2018, a total of 172 entries were received for MACE, with 91 awards presented, according to the organisers, who said MACE fulfils an important leadership role in higher education within southern Africa, by adding value to practitioners in marketing, advancement and communication via high-quality development programmes, networking partnerships and transformation.

CMD’s other eight awards were:

Gerda Kruger, UCT’s executive director of communication and marketing, said she was extremely proud of the achievements of CMD, particularly the team effort in respect of the water-saving campaign which had so impressed the judges this year.

“The ‘Slow the Flow’ awards reflect solid and committed teamwork within our department, while the individual awards point to the extremely high calibre of our writers who share the news about the incredible work being done within the university community.

“Congratulations to everyone,” she said. 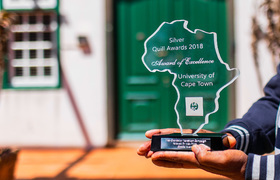 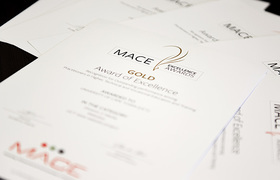 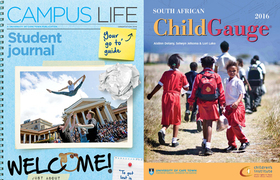