On Tuesday, 12 September 2017, we reported on the ongoing negotiation process with trade unions. We said that the parties had reached a significant degree of common ground last week, and that UCT expected to continue negotiations this week on outstanding points. We also reported that one trade union had given notice over the weekend of a proposed strike this Friday.

Negotiations continued throughout the day on Wednesday, 13 September. We are pleased to report that the two outstanding points were resolved and an agreement reached that puts an end to the threat of strike action. The agreement establishes a joint consultative forum and a small special task team on which all recognised trade unions may be represented to tackle any residual issues following the insourcing exercise last year. In addition the parties:

We believe that the spirit in which negotiations were conducted, involving representatives of five different trade unions, provides a positive signal that effective collective bargaining is possible even with multiple parties and in an extremely challenging financial environment. If the terms of the agreement can be successfully implemented it will provide a good example of what can be achieved when parties commit to meeting interests on both sides of the table. With improved efficiency in the catering shift system, the agreement should not impose an additional financial burden on the university. This will be crucial for UCT and its recognised unions in the forthcoming collective bargaining cycle.

We will keep the campus community informed of developments. 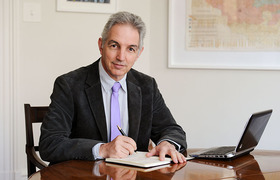 Campus announcement
Celebrating Africa Month and other updates 20 May 2022