Findings of the SHINE trial published in The New England Journal of Medicine showed that children with minimal tuberculosis (TB) do well on treatment and a four-month regimen is as effective as the standard six-month regimen. This has led to a change in the World Health Organization’s (WHO) global guidelines for managing the disease.

The trial involved 1 204 children with minimal TB who were randomised to receive either six months of treatment (as was recommended in WHO guidelines) or four months of treatment. Children were followed up on for 72 weeks. Around one in 10 children taking part were living with HIV, nearly all from Africa.

The trial, led by University College London, was carried out in South Africa, Uganda, Zambia and India.

Co-investigator, Professor Helen McIlleron from the Division of Clinical Pharmacology at the University of Cape Town, lead a sub-study aimed at further optimising dosing of the drugs.

The team found that the proportion of children whose TB was successfully treated, and who were confirmed alive and well at the end of the trial, was 93%. This, said the investigators, should encourage national TB trials to diagnose and treat children with minimal TB.

There was no difference between the six-month and four-month groups in terms of proportion of children with an unfavourable outcome (treatment failure, TB recurrence, death or on-treatment lost to follow-up) measured after children on both arms had completed 16 weeks of treatment (3% vs 3%). This was consistent across all the analyses performed, including the whole population of the trial, or just those who had confirmed TB, or just those who had good adherence to their allocated treatment regimen.

The investigators said: “Around 1.1 million children develop TB. While most have non-severe and minimal TB, about 205 000 children die each year from TB. Africa and Southeast Asia have the highest number of cases of TB in children, and children make up around 30% of TB cases in Africa.

“Despite this high burden of disease among children, regimens for treating children with TB have lagged behind those for adults. Children with TB have been seen as lower priority than adults as they are rarely infectious, and it is harder to diagnose and evaluate the efficacy of treatment. Treatments for children have been based on extrapolation of results from adult trials to children.

“TB is hard to diagnose in children because they may not be able to spontaneously produce sputum, and they are more likely to have paucibacillary disease with smear-negative respiratory samples. Negative cultures are more frequent in milder forms of disease. Although never subjected to a controlled trial, it is generally agreed that non-severe TB in children needs treatment because of the risk of progression and dissemination, particularly in children younger than three years and in those with HIV and/or malnutrition,” they said.

Reducing the length of treatment, said the investigators, could make treatment easier for children and caregivers, as well as reducing costs to patients and the health system. 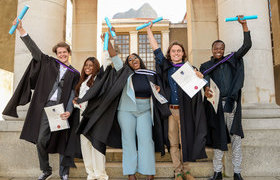