Many people will tell you that you can’t have it all. However, it seems that University of Cape Town (UCT) student Julia Mackay is proving the naysayers wrong. Her go-getting attitude has seen her course from being stuck in the doldrums to cruising down the Kowie River in the annual Universities’ Boat Race this September.

Hailing from a small community in Johannesburg, the second-year anthropology student is the eldest of eight siblings. Now, though, she finds herself at the front of a different team of eight: the rowing squad. While she was born into the first role, she found her place in rowing in a very different way.

When speaking with Mackay, her effervescent personality and positive approach to life shine through immediately, belying her initial reason for joining the rowing team. “I started rowing as an outlet. Last year, in my first year, I was in a very depressive state. I wasn’t really happy with how I was balancing my life. I figured that a way that I could deal with that would be through being active,” she said.

Although she had never rowed before, Mackay came across the rowing stall during Orientation Week in 2022 and was immediately drawn in by the team’s enthusiasm and charisma.

“It happened at Plaza Day. I was there, looking around at all of the societies and [the rowing booth] just caught my attention. I think it was other people more than the sport itself. I went up to the booth and started speaking to the coach at the time. I didn’t know her, and I had all of these excuses as to why I shouldn’t do rowing.

“I told her that I’ve never rowed in my life, so she just said, ‘We’ll teach you!’ I said to her, ‘I’m not a great swimmer’. Then she said, ‘But there are swimming lessons!’ So they did a lot of convincing and I just closed my eyes and signed up. Ever since, I’ve been going to the workout sessions and rowing sessions, and I’ve met amazing people along the way,” Mackay noted.

Despite being relatively new to rowing, she has certainly found her rhythm in the sport. Her positions in the boat are two of the most important. Sitting either in the stroke or bow seat, she is responsible for setting the pace of the boat or balancing the boat by maintaining rowing rhythm, respectively.

While her positions are critical, Mackay acknowledges that much of the team’s success comes down to the positive, can-do attitudes that initially attracted her to the rowing booth.

“There are a lot of times in the boat when we get tired. We always encourage each other – we shout, we sing and we just have a good time so that our spirits stay high, because it can be tough.

Of course, there’s also plenty of hard work. The team practises four days a week to be race ready. “We do indoor rowing three times a week on Tuesday, Wednesday and Thursday. Then one day a week, usually a Saturday or Sunday, we go out on the water. We also have training camps,” she said.

“It’s nice to be around people who take the academic side of things seriously too.”

The effort and dedication don’t stop in the water, either. “When we’re training or on camps, we’re usually up before the sun’s risen and out on the water at the first break of light. But the moment we’re not on the water, we sit together as a crew and do our academic work together.

On top of her busy rowing and academic schedule, Mackay also heads the cultural portfolio at the Rochester House residence. “It’s quite fun. I love having the cultural portfolio because I’m culture-oriented myself and I love being creative. So being around other people who are like me and have the same interests is really fulfilling,” she noted.

When it comes to balancing all of these roles and responsibilities, Mackay emphasises the importance of having a plan. “I’ve noticed that it’s important to plan prior,” she said. “So I’ll always look at my calendar and make sure that if there’s a scheduled event, I’ve planned enough for it; that I’ve finished it off ahead of time to make sure there aren’t any clashes and things are done the right way.”

For any other students who are looking to get more involved in university life, she recommends seizing the opportunity. “Being active isn’t a bad thing. There are so many hours in the day, so you can throw yourself into activities and do different things. Be open to different experiences and your university life as a whole will just be great,” she added.

“I’ve only been rowing for six months, but every time I go and we get back in the water I can see my growth. For me, that’s the amazing part. To think that six months ago I didn’t even know how to hold the blade and now I can flick it – I never thought that I’d be this person and now I’m here.

“Compared to last year, I’ve made so many friends. I’ve met so many amazing people along the way. I’ve seen so many things. I’ve travelled. It’s just been great. And I don’t regret it.”

The Rand Merchant Bank Universities’ Boat Race will take place on the Kowie River in Port Alfred from 14 to 17 September 2022. 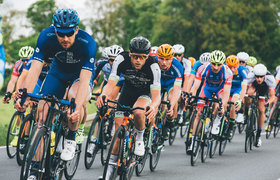 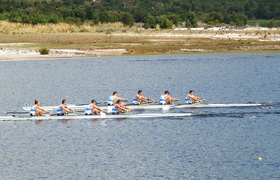