University of Cape Town (UCT) Vice-Chancellor Professor Mamokgethi Phakeng has shown her commitment to nurturing young researchers at the university by launching the 2030 Future Leaders programme.

The group of up-and-coming scholars, who have been selected by UCT leadership from across various faculties, joined Phakeng for an intimate dinner at Glenara, her official residence, on 28 November.

“The purpose of the Future Leaders programme is to ensure that we secure a sustainable future for UCT,” she said.

“We cannot secure a sustainable future without leadership, [and] in this programme specifically, we’re looking at scholarly leadership.”

Most of the researchers selected for the programme had not yet met their fellow participants. Phakeng felt it was important to bring them together as most of their stories were different, and they may serve as inspiration for one another.

“In 2025, [you] may be the people leading the institution, so [you] might as well get to know each other now already,” she said.

The format of a small dinner was chosen to give them an opportunity to introduce themselves to their peers and to share a bit about their work.

From particle physics and astronomy to geology and oceanography, the introductions served as fascinating glimpses into the impressive research being conducted at UCT on a daily basis.

According to Phakeng, the future leaders were selected on their strong scholarship as well as on traits that set them apart and showed them to be the types of people who could take the university forward.

“You’ve been identified because you’ve shown yourself as talented, as hard working, as people who can deliver and inspire.”

“You’ve been identified because you’ve shown yourself as talented, as hard working, as people who can deliver and inspire,” she said.

“It’s people like yourselves who can help us – not just as an institution, but as a country and a continent – attend to the many pressing problems we have.”

She said she was aware of the fact that each of the researchers in the room had attained at least one qualification outside the country, which put them on a global playing field but also made them the perfect candidates for outside recruitment.

This programme, she explained, was a way of reaching out and letting them know how deeply valued they are at UCT, and that the success of the university lies in their hands.

“I just thought if we don’t do this, we run the risk of losing you. And if UCT loses you, the country loses as well.”

One of the priorities of the 2030 Future Leaders programme is to provide the researchers with the environment and resources to help them thrive.

One-on-one meetings have been held with each of them, to gain insight into their career trajectory and establish which types of resources would be required to help them achieve their hopes and dreams.

With scholarly leadership comes the responsibility of training a next generation of researchers, said Phakeng.

“That’s also what we’re hoping to do [with this programme] – not only help you succeed, but also enable you to ... produce other people who can achieve what you’ve achieved.”

Because they all know what it took to get to where they currently are, this put them in the perfect position to guide others along similar paths, she suggested.

Building a network of like-minded researchers

She added that she hoped this meeting of great minds might spark exciting new collaborations and create a sense of community among UCT’s future leaders.

It would help each of the researchers to realise they aren’t alone and that a whole team of like-minded people will carry the burden of UCT’s future with them; people from whom they can draw strength, motivation and inspiration. 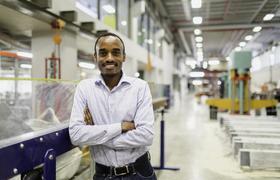 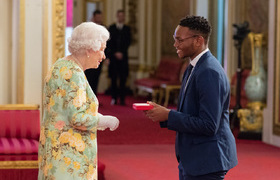