Panel discussions, art and film, a Pride march and a party will bring depth, insight, colour and fun to the University of Cape Townʼs (UCT) Rainbow Week, which will be celebrated at the university from Monday, 8 to Friday, 12 October.

The Rainbow UCT committee has been working with the Office for Inclusivity and Change (OIC) to make the week, with its theme of inclusivity, a worthwhile and welcoming event.

“Rainbow Week emphasises to all UCT staff and students that we are comprised of a diverse community who care about each other,” said Dr Sianne Alves, director of the OIC.

Viwe Tafeni, chair of the Rainbow UCT committee, said they are hoping to include as many queer-identifying people at the university as possible.

“Rainbow Week is for everybody. Our theme is inclusivity ... We want to cut across all spaces and welcome allies and supporters as well,” he said.

The week will also provide a safe space for people to chat informally and express themselves, he said.

“In today’s society, many conversations are still swept under the carpet. This Rainbow Week is very important as it allows us to engage with those topics. It gives us a space to talk about things we are thinking about, but have not been able to say.”

According to Alves, the OIC considers Rainbow Week to be an annual commemoration of UCT’s support in building an inclusive, non-discriminatory environment for all.

“Focusing on inclusion and queerness is particularly important at this time, as UCT is the first South African university to ratify a policy that protects the rights of sexually-diverse people. The policy asks the UCT community to actively practise inclusion in the way we teach and engage with one another on campus.”

“UCT is the first South African university to ratify a policy that protects the rights of sexually diverse people.”

Ahead of the main programme, and in order to spark energy and support for Rainbow Week, there will be a drag performance by the very popular 3 Divas on Memorial Plaza at lunchtime on Thursday, 4 October – billed as a “dazzling extravaganza”.

Several panel discussions and events, including an art exhibition and poetry performances, will be held on campus during the week. The first panel discussion, organised by the Asijiki Coalition for the Decriminalisation of Sex Work, takes place on Tuesday, 9 October.

A panel on disability and sexuality will be held on Wednesday, 10 October at 13:00.

“The session on disability and sexuality represents the intersectionality of identities at UCT. This session also raises awareness about the sexual rights of disabled persons – as sexuality is often underrepresented in disability discourse,” said Alves.

“Through this dialogue, we create a platform for disabled people and allies to engage with one another about their lived experiences.”

A third panel, on trans* identities, which will include a talk by a sexologist, will be held on Wednesday, 10 October at 18:00.

“There have been similar talks at the Faculty of Health Sciences. They were primarily medical discussions. We want to bring the human element into our panel,” said Tafeni.

The issue of “the invisibility of queerness” in sport at UCT will be the topic of a panel discussion on Thursday, 11 October, organised by Rainbow UCT in partnership with the Students Sports Union. The Pride march takes place the same day.

Through the various discussions, as well as informal talks, Rainbow Week will also tap into current concerns and issues that students may be facing, such as mental health and gender-based violence.

“These will come up in different aspects of the programme. They are the lived experiences of students in the university but we don’t necessarily talk about them,” said Tafeni.

“They are the lived experiences of students in the university but we don’t necessarily talk about them.”

Films and a party

The film Inxeba: The Wound will be screened on Monday, 8 October.

“The film has been on everyone’s lips over the past year. We want to engage with people around it and look at the issue of culture and queerness,” he said.

Also on the programme is the documentary Displaced: Black and Queer, which explores pertinent issues including mental illness. One of the film-makers is from UCT.

After a few days which will include some gritty debates and discussions, students will be able to kick back and relax at the Rainbow Week closing party on the Friday.

“By the end of the week, we would have engaged in some heavy topics, so this is the chance to let our hair down and have a good time,” said Tafeni.

Alves said she hoped the week would encourage everyone to make UCT a more inclusive and inviting place for sexually-diverse students and staff.

“We can do this by respecting difference, diversity and the person in front of you. We also need to recognise that each of us at UCT has a role in building the culture of inclusion. That role includes letting go of our inner biases and prejudices to make room for respectful engagement.”

Tafeni said the OIC had been very supportive of Rainbow UCT and Rainbow Week.

“Coming from a student society, it’s been a very valuable relationship and we are very happy to have that kind of acknowledgement and partnership with the university.”

“The pressure from the community can be intense and people need support,” he said.

“We encourage everyone to celebrate inclusivity. It’s not only about queerness itself, but other identities. People who haven’t felt included or welcome in some way on campus can come and celebrate inclusivity, feel welcome and express their concerns and issues if they’d like to.” 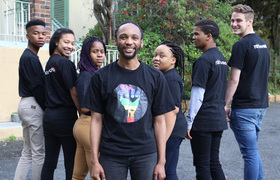 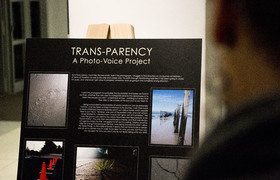