I write to formally inform you that Professor Ingrid Woolard, dean of the Faculty of Commerce, will be resigning to take up the position as the new dean of Economic and Management Sciences at Stellenbosch University.

We congratulate Professor Woolard on this appointment, though we are naturally very sad to lose her. She will leave UCT at the end of April 2018 to assume her new role.

Having earned her PhD at UCT in 2002, Professor Woolard joined the university in April 2005 as a chief research officer in the Southern Africa Labour and Development Research Unit (SALDRU). In July 2008 she became an associate professor in the School of Economics. She became a professor in January 2014 and commenced her tenure as dean in March 2016.

I would like to express my sincere gratitude to Professor Woolard for her commitment and dedication to the Faculty of Commerce and the university as a whole. She has made an invaluable contribution to the faculty. 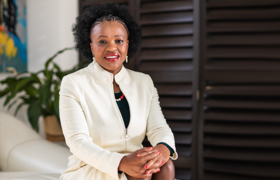