Award-winning photographer shoots what he lives

Photos from Masixole Feni’s lauded project A Drain on our Dignity have been on show at UCT’s Centre for African Studies Gallery since 3 August 2017, when a book based on his project was also launched.

Feni is an activist photographer who made a name for himself documenting social issues around Cape Town. His work is published with GroundUp and the Social Justice Coalition. His lens typically falls on the lives of Cape Town’s marginalised people and the everyday absence of basic service delivery that many experience.

“I live at the back of an RDP house in Mfuleni on the Cape Flats,” Feni says. “I experience issues like poor sanitation, [lack of] access to clean water and the flooding first-hand.”

Feni won the Ernest Cole Award in 2015 for A Drain on our Dignity. He is one of many who still struggle in poor living conditions despite democracy’s promise of a new dawn in 1994.

“Marginalised people were neglected by the apartheid regime. Twenty-three years into our democracy, it is a reality that has stayed the same for many,” he adds. 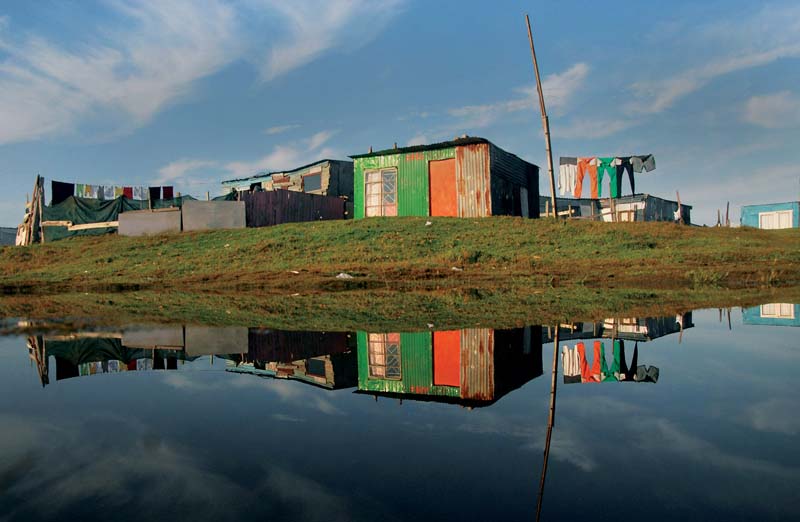 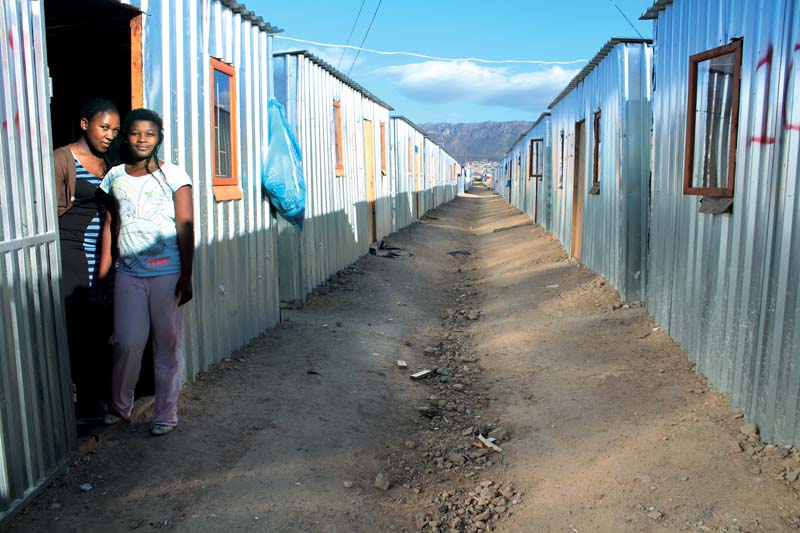 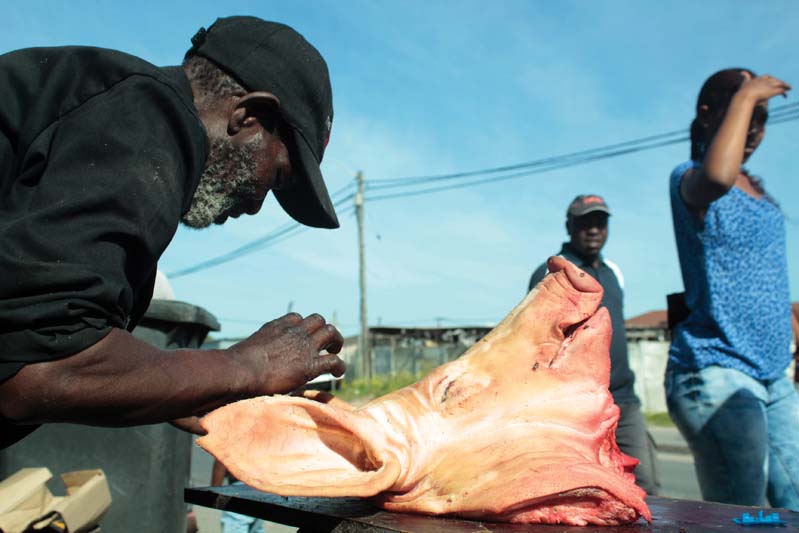 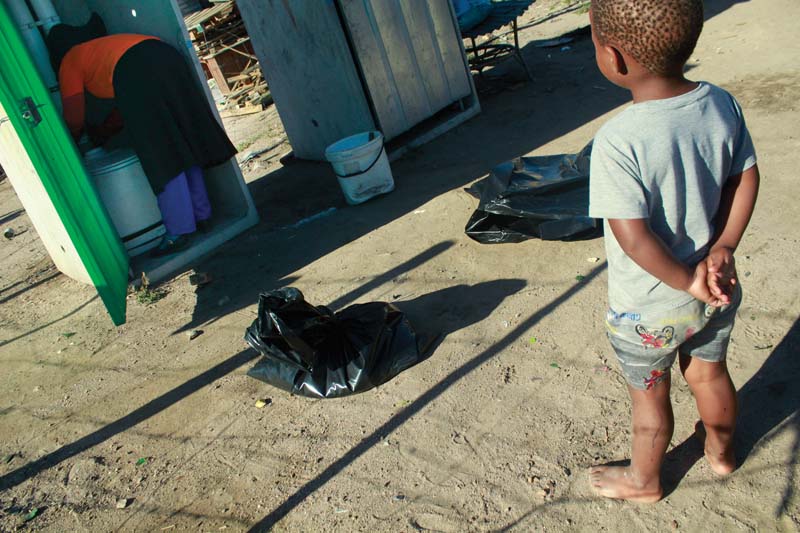 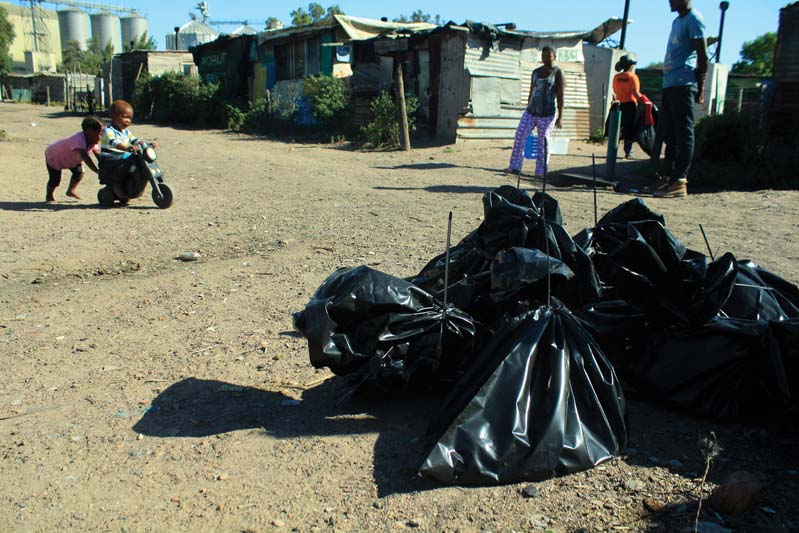 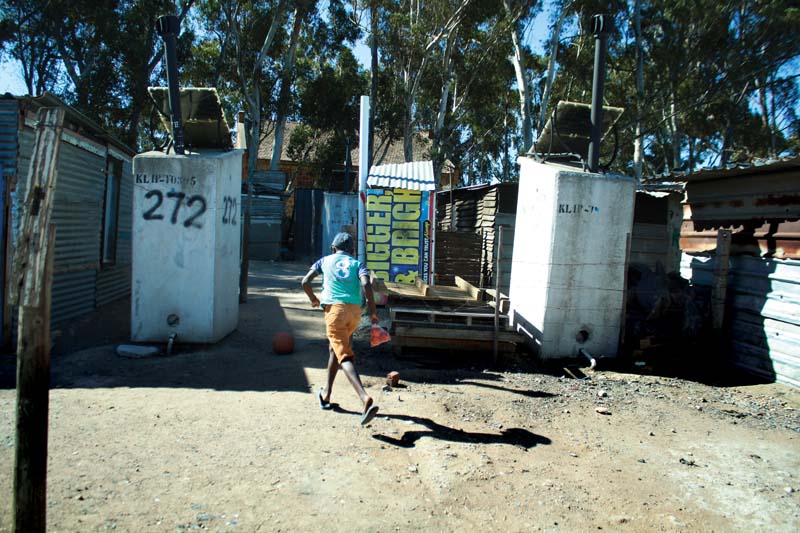 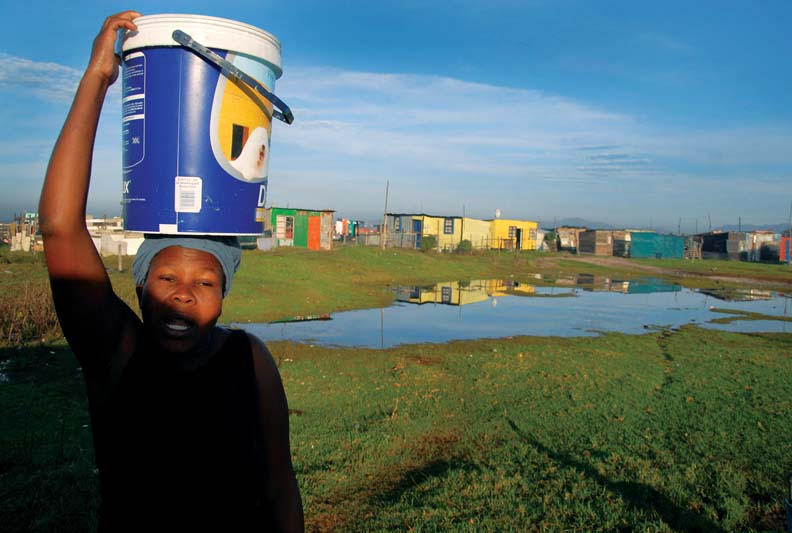 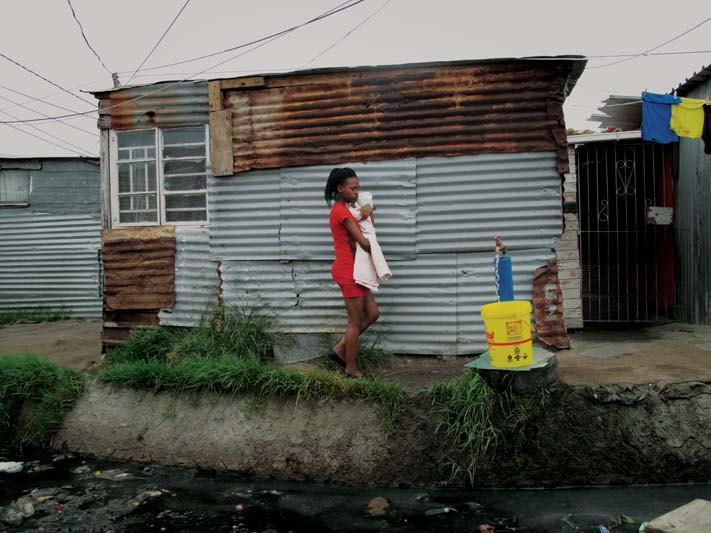 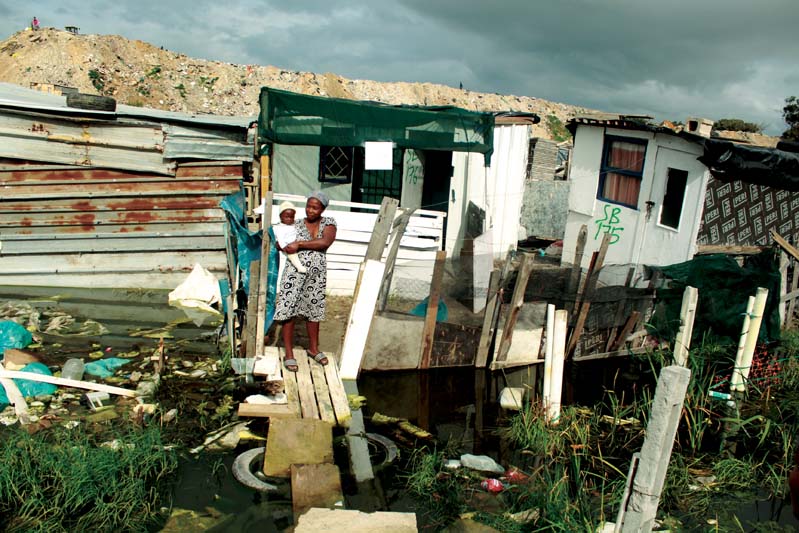 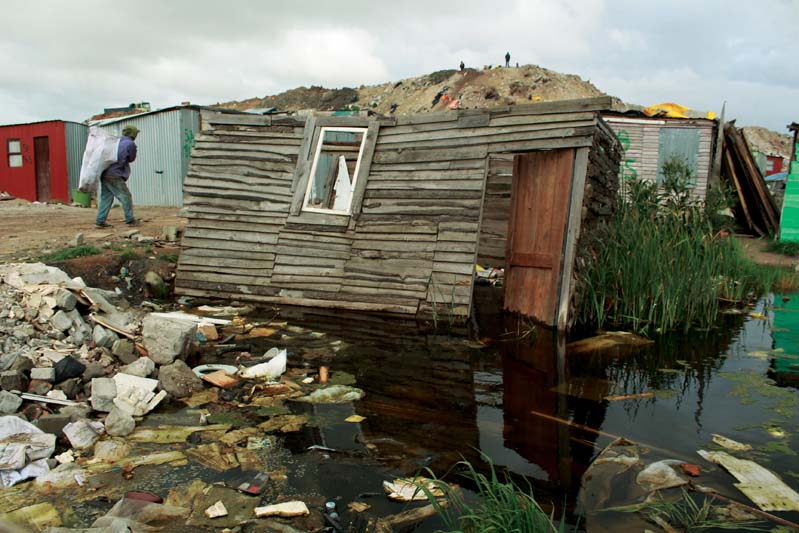 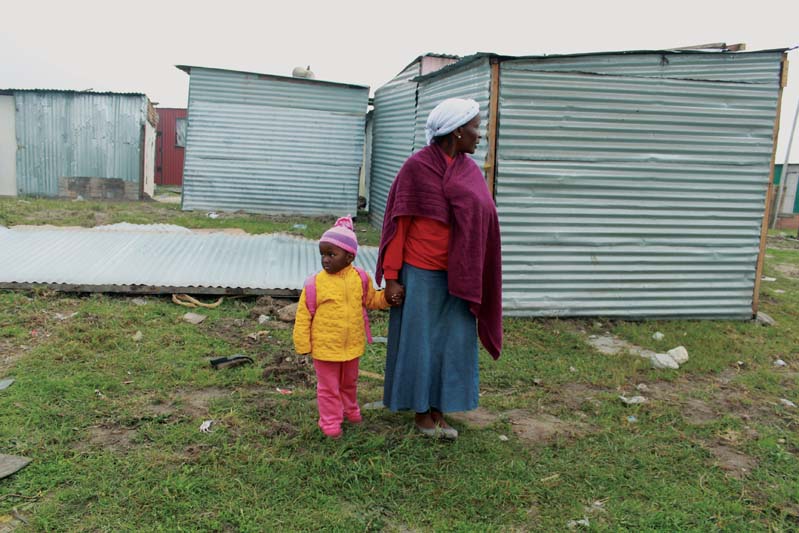 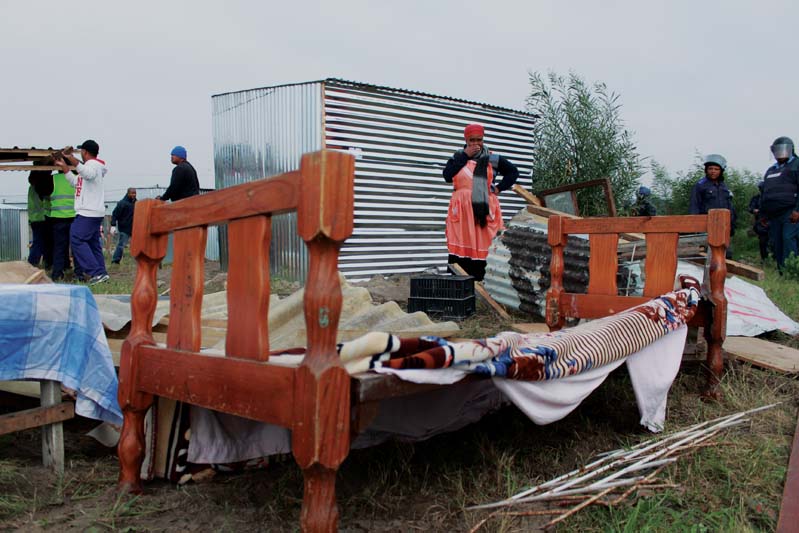 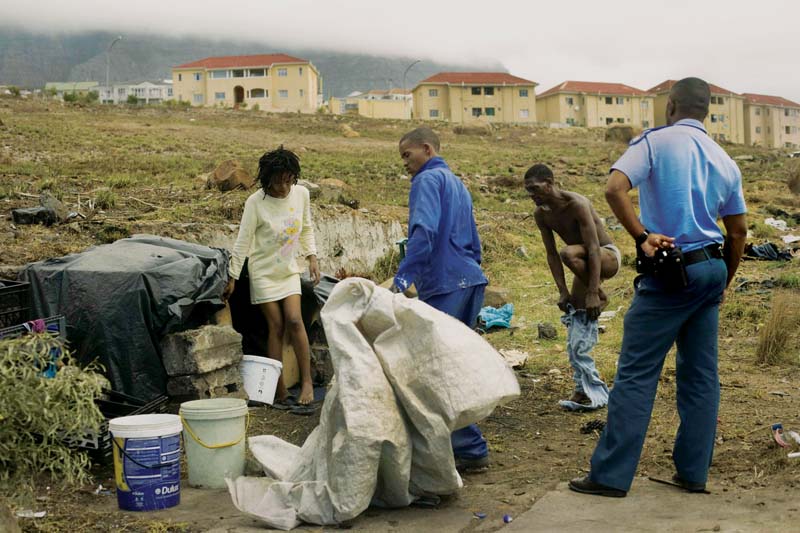 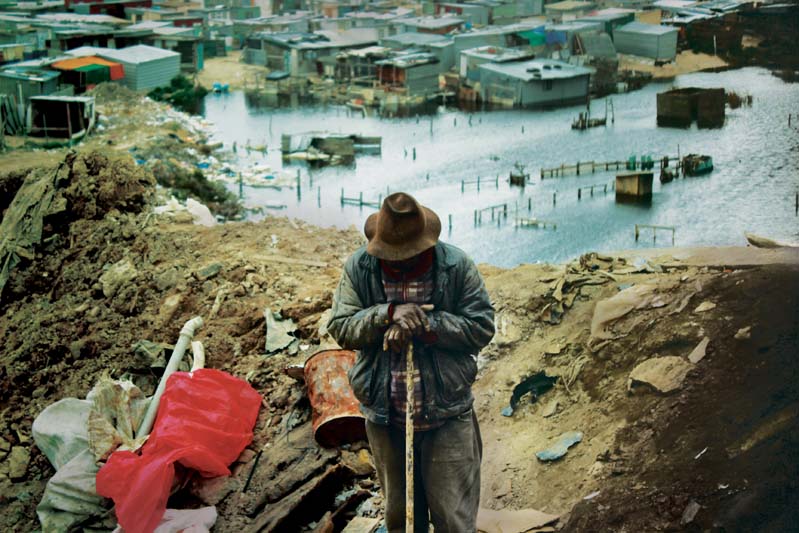 Feni’s lens typically falls on the life of Cape Town’s marginalised people and the everyday absence of basic service delivery that many experience.

Ilze Wolff is a spatial researcher and architect who wrote the introduction to Feni’s recently launched book. She had this to say about his work: “His visualisation of inequality, structural violence and his own imaginative response through photography is in itself a reflection on human creativity despite the limits put forward by power.”

By his own admission, living on Cape Town’s margins makes Feni angry.

“Every day we read about people’s anger and frustration, but we don’t get to see the other side,” he laments.

Ernest Cole, whose legacy is honoured by the award, rose to fame for exposing black life under apartheid. His book House of Bondage reflected on the lives of poor and marginalised people and became a universal reference point for people who wanted to know more about the apartheid system. Feni’s work continues this mission. 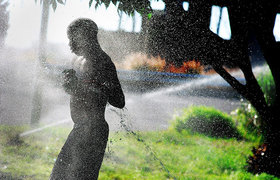