What began as a nostalgic exploration of the area in which he grew up became a near obsession with the environmental impact and the legacy - political, social and relational - of mining in South Africa.

Documentary photographer Ilan Godfrey's obsession has spawned a book, Legacy of the Mine, and photographic exhibition (of the same name) in three cities.

His journey into the ravages wrought by the mining sector started in 2011. "I grew up in Johannesburg, and the mine dumps were always an element of the environment there - and my childhood," he says. Returning to his hometown after an extended overseas stay, Godfrey decided to photographically explore the impact gold mining has had on the environment. This interest expanded to other types of mining, and got to the point where the theme of mining became the link to (among others) political and social issues, as well as how people relate to the land.

In 2012 Godfrey applied for, and won, the UCT-administered Ernest Cole Award. Managed by UCT Libraries, the award offers the winning photographer R150 000 to work on a photographic project with an emphasis on human rights and social change.

The legacy of the mines revealed itself in many ways, Godfrey writes: "–through land rendered unfit for alternative land uses, through public health crises within local communities unequipped to cope with the burden of air, land and water pollution, and through the disruptive influence of historical labour exploitation impacting on family structures and cultural positioning."

The book and exhibition take us from the poisoned rivers polluted by mine drainage, to a range of victims who suffer from silicosis (a chronic lung infection, and the mining industry's most pervasive disease); from the modern tragedy of the platinum belt where Marikana took place, to the ghost towns and communities that were once the heartbeat of mining culture.

For Godfrey the project sets out to offer a fresh examination of how we see our wealth and resources. "Ultimately I hope that this body of work ignites discussion about how as a society we need to stand together in bringing about a broader understanding of our shared resources."

The exhibition closed at the Irma Stern Museum on 21 September. It will be on display at the KZNSA Gallery in Durban until mid-October, before moving to the Wits Art Museum in Johannesburg. 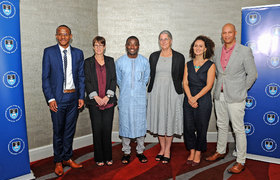 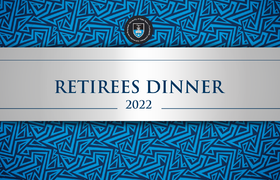