GroundUp photographer Masixole Feni has been announced as the fourth winner of the 2015 Ernest Cole Award.

The award is a UCT grant given to a photographer to pursue a particular project over a two-year period, culminating in an exhibition and book.

Feni is the fourth winner of the award, after street photographer Graeme Williams, whose exhibition A City Refracted is currently on show at the Irma Stern Museum. 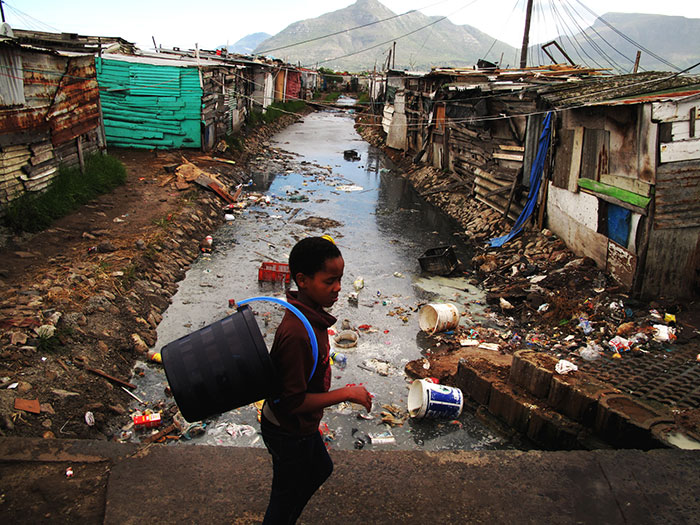 A child walks past a canal in Masiphumelele.

Feni, an activist photographer, focused his camera on the lack of service delivery and the life of the marginalised. The idea came from his own circumstances, with the title of his submission being: "A Drain on Our Dignity".

"I live at the back of an RDP house in Mfuleni on the Cape Flats. I experience issues like poor sanitation, access to clean water and the flooding first hand," he explained. 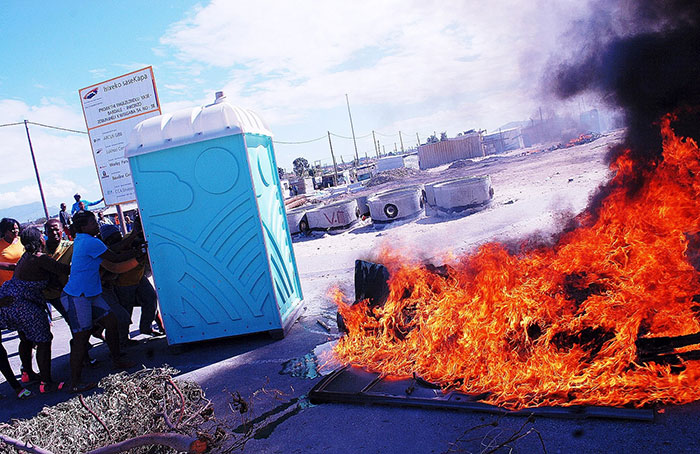 Service delivery protest in Mfuleni in 2014.

As part of the award, Feni will travel to four other townships to explore life from this perspective to create a body of work for a book and exhibition.

Honourable mentions for the 2015 award went to Paul Botes for his work on Marikana and Jerry Gaegane for his project "Tsena on hostels".