The University of Cape Town (UCT), led by Vice-Chancellor Professor Mamokgethi Phakeng, hosted the African Research Universities Alliance (ARUA) Vice-Chancellors annual meeting, back-to-back with a reunion between a high-level delegation of vice-chancellors from ARUA and The Guild of European Research-Intensive Universities. It was the first time a meeting of this nature was held on the continent.

The ARUA vice-chancellors took the decision to create seven new centres of excellence in the next year for the 16-member alliance. This is in response to the need for more African university-led knowledge in global priority scientific areas.

The seven new entities will augment ARUA’s existing 13 centres of excellence and will be funded from diverse sources currently under discussion. The development is part of ARUA’s strategic plan to establish a number of centres of excellence in the next five years, said ARUA secretary-general Professor Ernest Aryeetey, former vice-chancellor of the University of Ghana.

The news was announced at the ARUA vice-chancellors’ annual meeting on 3 November.

On 4 November, a gathering between ARUA and The Guild of European Research-Intensive Universities (The Guild) took place, led by Professor Aryeetey and The Guild’s secretary-general Professor Jan Palmowski. The meeting presented a unique opportunity to develop the Africa–Europe collaboration in new, strategic ways that deliver on the United Nations’ Sustainable Development Goals and the African Union (AU) and European Union’s (EU) key developmental objectives.

“This is a first for ARUA, a groundbreaking moment and a moment of possibility for the African continent.”

Speaking at the media session, Professor Phakeng said, “As we host this meeting of ARUA and The Guild, this is a first for ARUA, a groundbreaking moment and a moment of possibility for the African continent as we build collaboration with The Guild universities.”

“We are very pleased that we had the chance to work with The Guild of universities,” Aryeetey noted. “That opens doors [for] us for engagement with several groupings. The existing 13 interdisciplinary centres of excellence have set the platform for researchers from different African countries to engage one another, share experiences and knowledge, and create a critical mass of scholars working on the big issues.”

But solving Africa and the world’s challenges calls for more joint and collaborative research between the Global North and Global South, with funding for such endeavours being directed to universities which, Aryeetey noted, conduct 95% of all research done in Africa.

Given that Africa is at the coalface of global challenges such as poverty, food insecurity and global warming, EU funding is increasingly being channeled towards work on the continent, and researchers in the Global North are being encouraged to partner with universities in Africa.

The 4 November meeting is significant at a time when the EU is funnelling “unprecedented amounts of money” into research in Africa, while it has also drafted, with the African Union, the AU–EU Innovation Agenda, which envisages long-term investment in the capacity of African science as a cornerstone of AU–EU relations.

During the ARUA–The Guild meeting, the vice-chancellors, rectors and their deputies agreed to work towards the creation of Clusters of Excellence, with an ambition to strengthen Africa’s research capacities based on the principle of equity, said The Guild and ARUA’s joint press release.

“This would include the creation of joint doctoral schools and developing new ideas about making a difference to society through research, teaching and public engagement. The meeting also agreed on the importance of developing a long-term vision for long-term world-class infrastructure investment – a key ambition of the AU–EU Innovation Agenda.”

Aryeetey said that clusters will be expected to engage in collaborative interdisciplinary and transdisciplinary research, seeking solutions for transboundary problems affecting Africa.

“Many problems start as local challenges before becoming transboundary in nature, calling for a collective approach in addressing them.”

“We go into this arrangement with The Guild as equal partners seeking an opportunity for co-creation.”

The ARUA–The Guild clusters will strengthen intra-African as well as North–South science collaboration.

This approach is also in line with the proposed AU–EU Innovation Agenda, announced in February 2022 ahead of the AU–EU summit, where universities were recognised for their essential role in developing AU–EU relations.

In conclusion, Aryreetey said, “We go into this arrangement with The Guild as equal partners seeking an opportunity for co-creation of effort that we require to make ourselves more functional and more effective in the way we support our governments.

“So, we thank The Guild, we thank UCT’s vice-chancellor for opening the doors to us. And we do hope that in the coming years, we will be able to work even more effectively together to solve problems.” 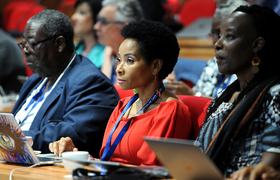 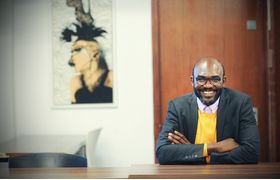 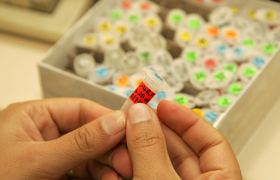 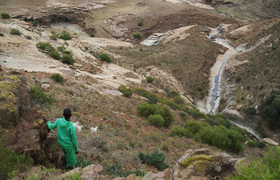