In a communiqué to staff and students on 9 June 2021, the University of Cape Town’s (UCT) vice-chancellor, Professor Mamokgethi Phakeng, praised UCT Libraries staff and over 2 000 volunteers who have contributed to the good progress being made in recovering the valuable archives from the Jagger Reading Room basements. This follows the 18 April mountain fire that breached UCT’s campus and, among other damage, destroyed the historic Jagger Reading Room.

Professor Phakeng referred the UCT community to the photographic chronicle of the salvage operation, captured in dramatic images by staff in the Communication and Marketing Department.

The figures cited in the communiqué reflect the sheer scope of the salvage project:

In the two months since the fire, UCT Libraries staff and an army of volunteers have worked tirelessly to salvage some of the invaluable material housed in the library and basements. Volunteers included South African and international experts who travelled to UCT or advised from afar on the preservation processes.

“We would not have made it this far without the help of individuals and organisations.”

Phakeng said: “On behalf of UCT and the UCT Libraries colleagues, I thank everyone who played a role in this arduous process. We would not have made it this far without the help of individuals and organisations who provided what we needed to begin the salvage and conservation work, including materials, specialised equipment, financial donations, and muscle power. I give special thanks to our colleagues who work in UCT Libraries and whose life work has been affected by this tragedy.”

Phakeng added that the Libraries’ Special Collections team would be moving into interim premises in Mowbray, where they would “reconstitute as a library” and continue the restoration work.

And despite the havoc of the past two months and during this salvage process, UCT Libraries colleagues had continued their other services without fail, she added.

“This includes all transactional services by request; research support for master’s and PhD students in collaboration with leading national and international universities and the National Library of South Africa; and keeping all branches of the Libraries available as study spaces and the Virtual Library Services.”

In a concluding commendation, Phakeng wrote: “Please join me in wishing the members of the UCT Libraries team well as they continue their delicate and important restoration of UCT’s priceless archives.” 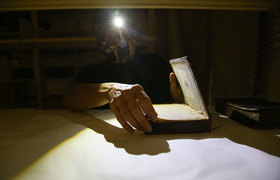 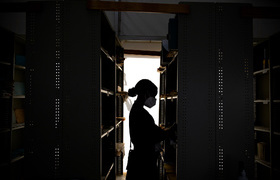 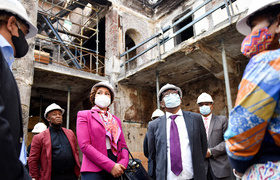 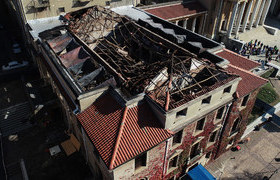