The 10-kilometre peace run in aid of the Weekend Waiting List Initiative at Red Cross War Memorial Children’s Hospital has raised more than R200 000 for the worthy programme, far surpassing the target of R150 000.

Organised by the University of Cape Town’s (UCT) Surgical Society (SurgSoc), the race was held during the annual Sanlam Cape Town Marathon in September and managed to clock in a total of R200 370 thanks to all the generous donors.

The SurgSoc contingent – a mix of medical and non-medical students from UCT – dressed in medical scrubs and took to the streets of the Mother City for some running fun, in a bid to raise funds and awareness for the Weekend Waiting List Initiative, and to help deliver on its promise to eradicate the backlog of children waiting for operations at Red Cross Children’s Hospital.

The hospital introduced the programme in 2011 to address the problem of its lengthy waiting list by adding an extra day of surgeries – Saturday – to the operating schedule.

“The atmosphere [on the day] was incredible, and I think our brightly coloured medical scrubs really made us stand out from the other runners. Although 10 km in scrubs is a long way, the camaraderie, encouragement and support from our fellow scrub runners along the way was motivating,” said Savannah Verhage, SurgSoc’s head of outreach.

Verhage said the group received many queries from other runners and spectators along the way about the Weekend Waiting List Initiative, which she said served as the perfect opportunity to raise added awareness about the programme and the work being done by healthcare professionals at Red Cross.

“Every student involved poured their heart and soul into this project and I have no doubt that our efforts will make an immeasurable difference in the lives of the children.”

She said she was most proud of the fact that the event was completely student-led and that there are so many other students within the UCT community who are as passionate as she is about bringing about social transformation within the healthcare sector.

“Every student involved poured their heart and soul into this project and I have no doubt that our efforts will make an immeasurable difference in the lives of the children at Red Cross Children’s Hospital.

“After all, as the African proverb goes, ‘it takes a village to raise a child’,” she said.

Come 2020, Verhage added, the group will be out on the streets yet again during the same race to raise awareness and more funds for the same cause. 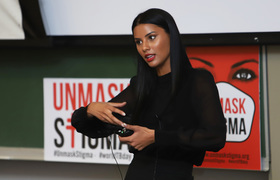 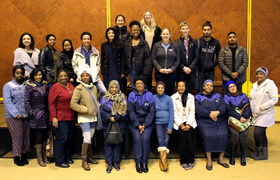