From the stage he remembers seeing diamonds glittering on the tiaras of the elegant audience. It was the celebration of the coronation of Elizabeth II and her honoured guests at the Royal Opera House in London, attended by an elite collection of the worldʼs royalty, heads of state and prominent individuals.

But the occasion was especially significant for him too. Johaar Mosaval, a ballet dancer from the dusty streets of District Six in Cape Town, had travelled thousands of kilometres from apartheid South Africa to chase his dream of a career as a ballet dancer in London.

Mosaval’s performance made history that evening in 1953. When he took to the stage, at what was one of the most prestigious events of the 20th century, he dazzled the audience. Few would have believed this was his first solo performance for the Sadlerʼs Wells Ballet (later the Royal Ballet), an internationally renowned classical ballet company based in Covent Garden, London.

His was indeed a monumental career, but before the glitz and glamour and his move to London, Mosaval, or Uncle Johaar as he’s affectionately known, trained at the University of Cape Town’s (UCT) Ballet School, now the Centre for Theatre, Dance and Performance Studies.

And in celebration of Heritage Month, UCT News caught up with him at his home in Lansdowne in Cape Town for a trip down memory lane.

As a teenage boy, Mosaval enjoyed gymnastics as an extramural activity at school. Because of his good coordination, he was the star of the class.

He also often performed in school pantomimes like Cinderella and Beauty and the Beast, and remembers being chosen regularly as the lead dancer. Thinking back, he said, that’s where his love for ballet dancing really began.

“One day, a woman came up to me and said: ‘Oh, you are such a beautiful dancer.’ She was the same woman who produced the pantomime I was dancing in at the time.”

Her name was Rose Ulrich and, as luck would have it, she was a good friend of Dulcie Howes – considered the prima ballerina assoluta of South African ballet at the time, and a teacher and the director of UCT’s Ballet School.

Ulrich very quickly arranged for Howes to witness his dancing and, without hesitation, she offered to train him at UCT.

“Well now you know, for me to be trained as a dancer, and to be trained professionally, was unheard of. I was Muslim and, in my era, many, many, many years ago, Muslims were not trained as dancers. Not only that, I was also a black boy from District Six,” he said.

His chance to be trained at UCT was a blessing, but attending class and refining his art as an aspiring dancer at the university felt more like a curse.

He had been offered the opportunity of a lifetime. To be coached by a prima ballerina at a well-known university was unheard of, so he grabbed the offer with both hands.

Life as a “boy of colour”

His classmates, however, did very little to make him feel welcome. In apartheid South Africa, he explained, students in his lily-white class, at a lily-white university, weren’t expecting to share a classroom with a boy of colour.

“I didn’t enjoy it. I got awful looks from the other students in the class, like I didn’t belong there. I couldn’t cross a particular line and always had to stand right at the back. I was always on my own. But I told myself to press on regardless.”

“I got awful looks from the other students in the class, like I didn’t belong there. I couldn’t cross a particular line and always had to stand right at the back.”

His training at UCT wasn’t the only obstacle. Convincing his parents, who were devout Muslims, that it was okay for him to pursue a career as a ballet dancer was always going to be a mighty task.

Unexpectedly, after a sterling performance one evening, Mosaval’s act made the front page of a weekly magazine with a short caption about the “very talented Johaar Mosaval”.

It so happened that his two sheikhs at the Azzavia Masjid in Walmer Estate read the magazine that day and he was summoned to the mosque.

“They asked me: ‘Show us what ballet is all about’. Lucky for me, that morning I was working on my agility exercises and I showed them. They were stunned,” he laughs.

“My sheikhs told my parents that they were enchanted by me. They told my mom and dad that if there was an opportunity for me to train abroad, they should let me go. But [they] asked me to promise to always remember my religion.”

When two internationally acclaimed dancers, Anton Dolin and Alicia Markova, visited Cape Town, they wanted to see Mosaval perform on stage so they smuggled him into Cape Town’s whites-only Alhambra Theatre for an audition. He made such an impression that they helped set the wheels in motion for his training in London.

“And there I went, shortly after the New Year holiday. Away I went for the first time in my life. Laughably, I had only been as far as Simon’s Town. I had not even been to Paarl or Stellenbosch.”

It all spiralled from there, he said. He loved everything about being in London, and he loved learning the ins and outs of ballet at the then Sadler’s Wells Ballet School.

“I excelled tremendously. I was the first black student at the school, and they were very impressed with my progress.”

Within six months he had passed his intermediate syllabus with flying colours and moved quickly up the ladder.

“I excelled tremendously. I was the first black student at the school, and they were very impressed with my progress.”

His multiple outstanding performances led to him being appointed as an official dancer of the Sadler’s Wells Ballet Company in 1952.

“I was so overwhelmed. I was shocked. My teacher always told me that it would be very difficult for me to get a job, not because of my colour but because of me height. [Fortunately] she was wrong.”

Ultimately, Mosaval’s exceptional talent saw him become the first black South African to achieve the status of senior principal dancer at the Royal Ballet, a position he held for more than two decades.

Dancing at the coronation was definitely one of the standout moments of his career, he said. Getting up on stage was “such an honour”, and when his three-minute performance was extended slightly because the audience enjoyed it so much, he was “very proud”.

“My goodness me, to extend the solo dance was quite something. It was already so exhausting, but I was honoured, and kept going.”

After all, it was his moment to impress the great and the good, from Britain’s Sir Winston Churchill to United States president Harry Truman and French president Charles de Gaulle.

“That’s not all, every king and queen of the world was in attendance. It was absolutely magnificent. I’ll remember it for all time,” he said.

Another highlight of Mosavalʼs career happened more recently and much closer to home. In April 2019 he received the Order of Ikhamanga in Gold from President Cyril Ramaphosa.

“Taking the president’s hand, and being awarded this prestigious award, was one of the best moments and made me so proud to be South African.”

This accolade recognises South African citizens who have excelled in the fields of arts, culture, literature, music, journalism and sport.

“Going up there and taking the president’s hand, and being awarded this prestigious award, was one of the best moments and made me so proud to be South African,” Mosaval said. 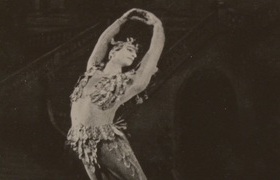 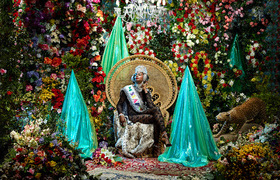