These were the encouraging sentiments University of Cape Town (UCT) Vice-Chancellor, Professor Mamokgethi Phakeng, shared with some of the 41 young South Africans with UCT affiliations named among the trailblazers and change-makers on the 2019 Mail & Guardian’s 200 Young South Africans list.

The list features notable South Africans under the age of 35 who have made their mark in several categories, including education, health, arts and entertainment, politics and sport. And for 2019, UCT once again featured prominently.

To celebrate this achievement, Phakeng hosted a special dinner on Friday, 30 August, at the 15 on Orange Hotel. Organised by UCT, in partnership with the Mail & Guardian and Nedbank, the event honoured the university’s staff, students and alumni who’ve earned a spot on the prestigious list.

“Think about how many young people we have in this country, and you were chosen as one of the M&G’s Top 200. It’s not an easy achievement and we want to congratulate you for it.”

Phakeng told the audience that she was incredibly proud of their achievement and their association with the institution, saying that she wanted to connect with them before “you become too famous for us”.

“Think about how many young people we have in this country, and you were chosen as one of the M&G’s Top 200. It’s not an easy achievement and we want to congratulate you for it,” she said.

She described their achievement as different from any other, one that is guaranteed to open doors and contribute positively to helping them build successful careers.

“You were not selected because you studied, wrote an exam and passed. You were chosen because you distinguished yourself among everyone else who studied the same degree as you and perhaps works in the same industry as you do. That means a lot,” she said.

And when life becomes tough, and the world, which Phakeng described as a cruel place, makes them forget the accolade, she encouraged the group to call her. She also urged them to remember the moment they heard that they were featured alongside other talented and inspiring young South Africans.

“I hope [being named] gives you much confidence. Because when the world gives you warm klaps [a beating], you should remember that being listed on the M&G’s Top 200 Young South Africans list is not trivial,” Phakeng said.

Riedwaan Johnson, Nedbank Regional Manager for the Southern Suburbs region, said he was delighted to congratulate the group on behalf of the Nedbank Group and to be part of the celebration.

“You’ve made your mark, and outstanding individuals like you make us proud and give us hope for the future of our country,” Johnson said.

He reinforced Nedbank’s commitment to assisting young South Africans who lead socially responsible initiatives that provide educational, mentoring and career support to those who need it most.

“Your curiosity and enthusiasm for change is what drives us forward. I encourage you to lead us boldly into the future,” he added.

Continue to give. That was the powerful message Mail & Guardian’s CEO, Hoosain Karjieker shared during his address on Friday evening.

“You’ve achieved a lot in life so far, and you’ve got a whole life ahead of you. There are so many South Africans who can benefit from the contribution you will make to society in the future.”

While celebrating their success, he urged the group of attendees to always be humble, to never forget their roots, where they come from and what it took to get to where they are.

“You’ve achieved a lot in life so far, and you’ve got a whole life ahead of you. There are so many South Africans who can benefit from the contribution you will make to society in the future,” he said.

Karjieker also made an impassioned plea for them to remember the rest of South Africa, and to assist with opening doors for others, the same way doors have been opened for them.

“Think about them and make sure you support them. Always continue to give.” 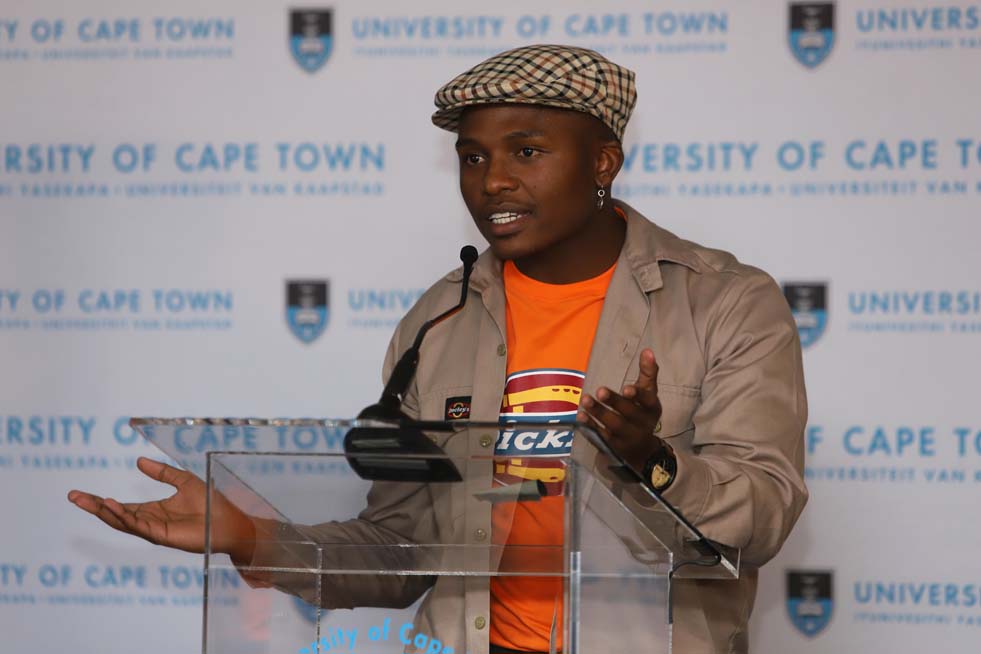 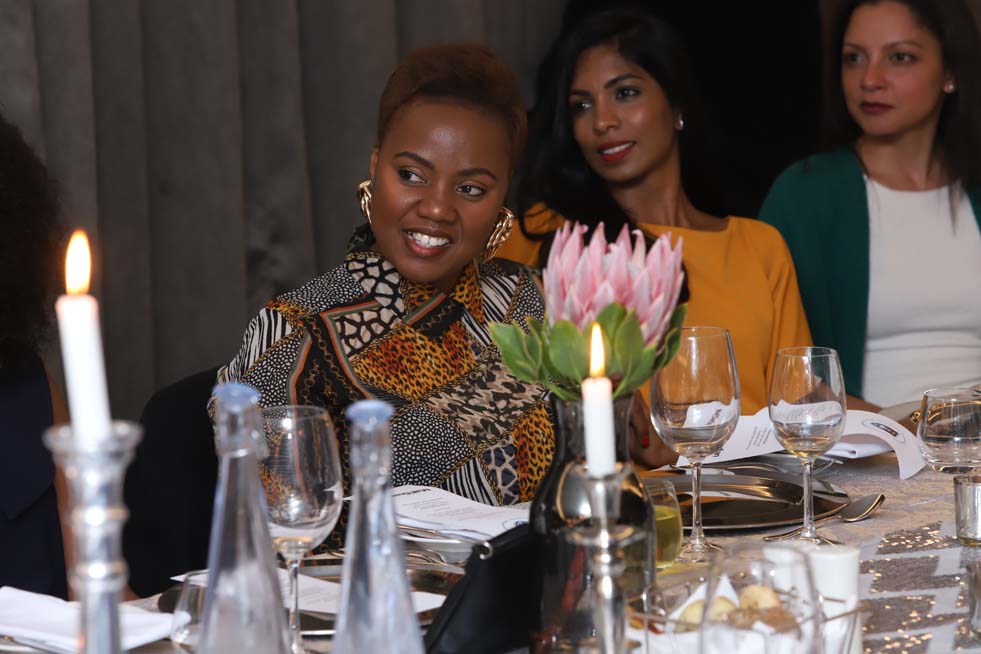 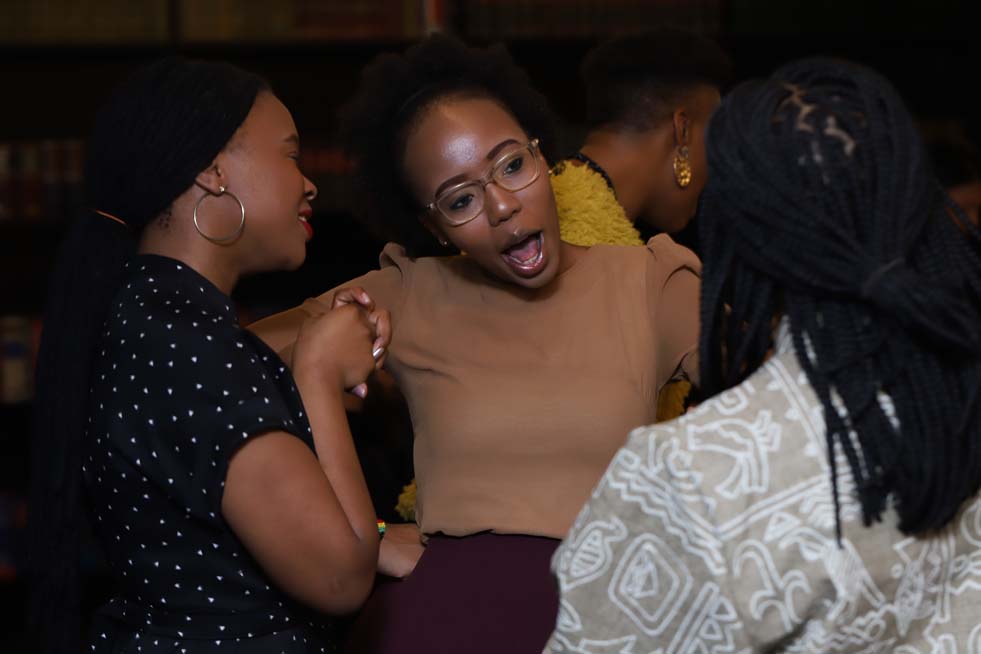 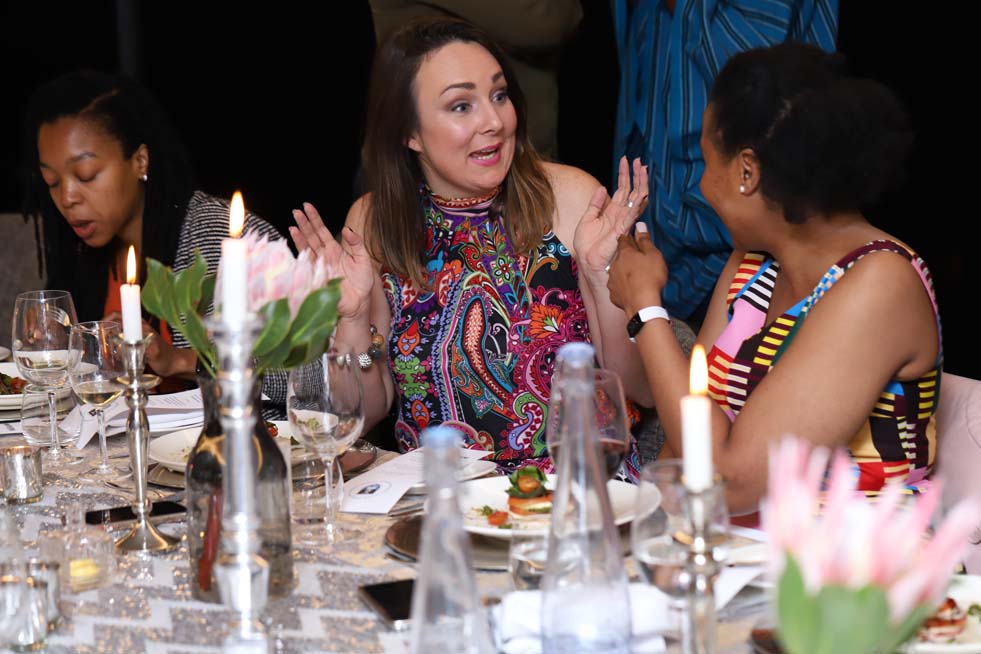 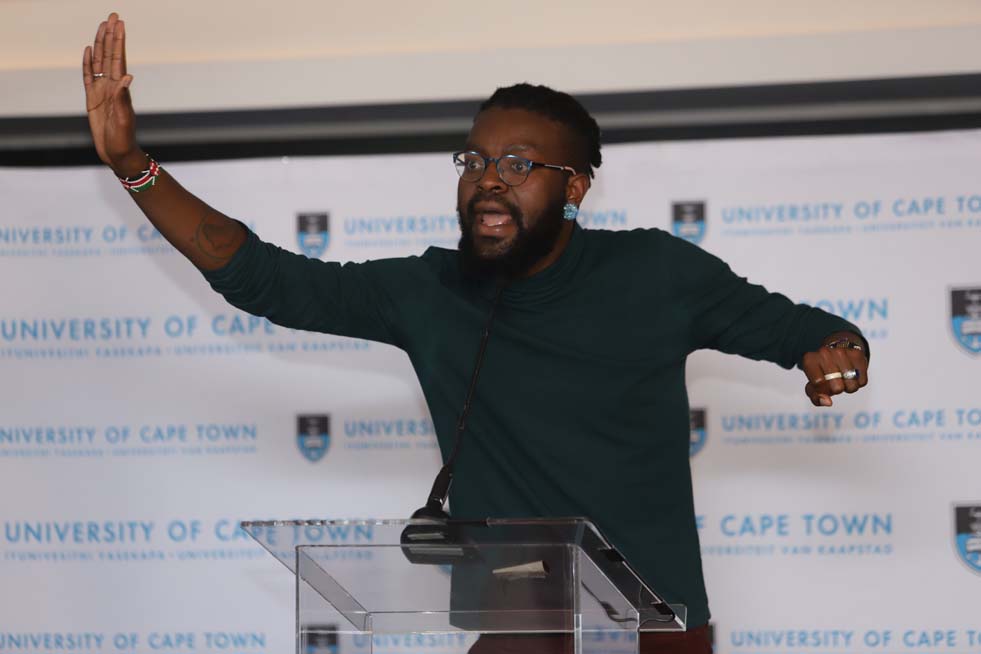 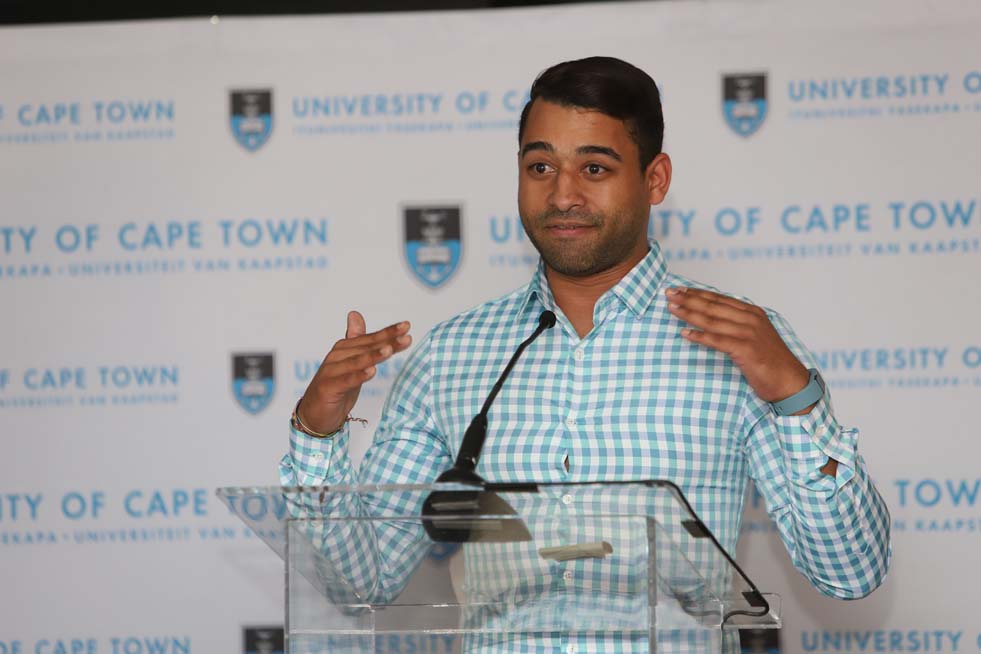 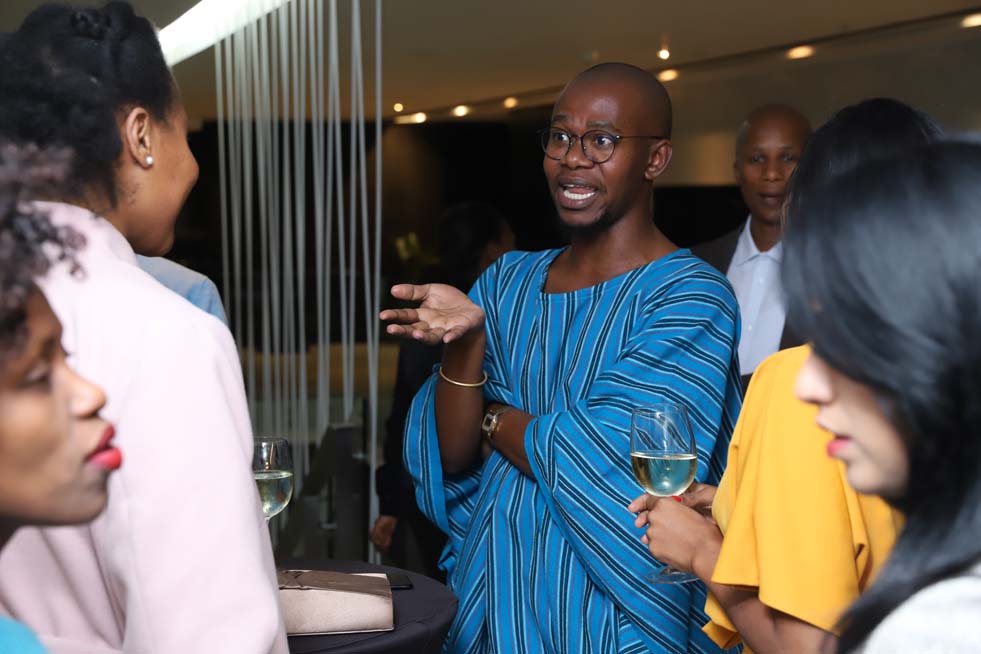 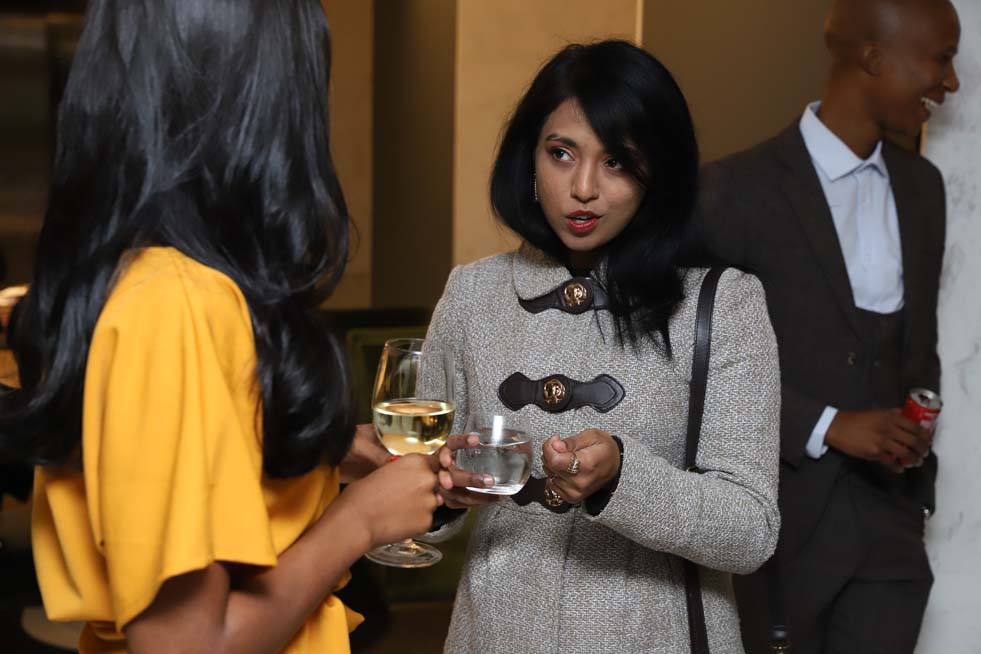 Part of the evening’s celebrations included a two-minute stage slot, where each guest gave the audience some background on themselves, their careers and their association with UCT. 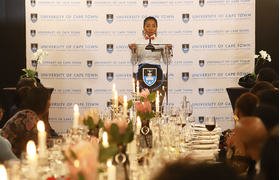