Fight the Power by Public Enemy is arguably one of the most popular and influential songs in hip hop history. The song, and the group, speak to the fight of black artists for free speech, ownership of and due benefits from their creations.

This fight is comparable to that experienced by, particularly, black, female and global south scholars who, in the pursuit of jobs and promotions, must observe the requirements of publishing houses, corporate interests and the university’s measurement of excellence. And like hip hop artists, their fight is in a particular economy.

South Africa’s preeminent hip hop scholar Professor Adam Haupt, who is based at UCT’s Centre for Film and Media Studies (CFMS), drew these parallels between the music industry and scholarship at the University of Cape Town (UCT) on Wednesday, 31 July. He was delivering the third Vice-Chancellor’s Inaugural Lecture for the year, titled “Remixing scholarship: Hip hop, the humanities and knowledge production”.

It illustrated how scholarly endeavours and media industries operate in the same political economy – in the context of neoliberal economics and corporate globalisation – which undermines the public sphere.

Speaking to a packed hall of UCT colleagues, friends, family, peers from other universities, students and fellow “hip hop heads”, Haupt remixed his decades-long research on the genre to inform suggestions about reworking scholarship.

“Who are the most cited individuals? Old white men in any given discipline.”

Among his discussion points, he drew comparisons between the interests dominating the music industry and those in academia; music’s “auteur”, the monograph, citations and the knowledge commons; and he concluded with suggestions for scholars, one inspired by hip hop artists and activists.

The activist-academic argued that, while on the surface their issues may seem worlds apart, hip hop and scholarship share the same problems, including corporate interests, co-option and appropriation of work. In response, black artists have fought back through sampling.

But he argued that sampling is “just grabbing scratches of audio from any media using whatever tools”. These samples are used to reconceptualise, rework and reproduce new media. While sampling precedes hip hop, it has been used as a tool of resistance by the genre’s black artists.

Drawing on the early 1990s research of the internationally respected scholar of post civil rights era black culture in the United States, Tricia Rose, Haupt explained how sampling became a form of “payback”.

In response to generations of black artists being robbed of their rights and revenue from work they had created, black hip hop musicians responded by “digging through crates” in second-hand stores, using samples of forgotten artists which forced listeners to research sample origins.

“They became … black historiographers. If mainstream media and mainstream scholars were not going to acknowledge the contribution of black artists … then these samplers were going to do that work,” said Haupt.

Corporates responded to sampling by invoking the law. The mainstream music industry refused to approve albums for publication until every sample had been cleared. This eventually led to a “watering down” of the sound and lyrical content of hip hop that had become synonymous with pioneers like Public Enemy.

If they didn’t use the piracy and copyright violation to shut down a particular type of hip hop, commercial co-opting was another option. It happened to hip hop, blues, jazz, reggae and even peer-to-peer platforms like Napster.

“You threaten people with lawsuits, you use the law, a very ... narrow understanding on [intellectual property] and then you also attempt to replicate the model,” said Haupt.

This fight between rights holders and creators happens to occur along racial lines.

The music industry’s breakdown between rights holders and creators along racial lines speaks to scholarship.

“Who are the most cited individuals? Old white men in any given discipline,” said Haupt.

In scholarly publishing, race and gender dynamics are reinforced “on a systemic level through citation practices, and that determines who gets jobs and who gets promoted”.

Haupt extended this interplay of expert, race and gender, likening it to music’s auteur and the trademark sound.

Using the example of Carlos Santana, he explained that rather than acknowledge the entire team that works to create that sound, the celebrated guitarist becomes the “singular auteur”.

Unlike hip hop artists and samplers who attempted to remind listeners that there was a backstory to the sound, mainstream music instead masks the “means of production”, the rest of the creators.

“I don’t mean free as in falooda or koe’siesters, I mean the democratic rights of access.”

In scholarly publishing, the myth of the auteur plays itself out through the monograph, citations and neglect of the knowledge commons.

To be promoted in the humanities, a sole-authored monograph must be produced, he explained. There must also be evidence of having been published in high-impact journals and an extensive citation count.

“It reinserts the singular auteur, the singular genius, into the equation and it monetises the production of knowledge and reduces it to a commodity.”

This, in turn, reproduces scarcity and competition. This notion of scarcity, said Haupt, is integral to the understanding of excellence in a university context. But it runs counter to the qualities of good research.

“Anyone can produce good research. It takes … collaborative work [to] produce solid projects.”

Instead, it is the knowledge of the commons that produces excellence.

First is an acknowledgement that there are alternatives.

“We need to invest in open-access platforms … the scholarly equivalent of P2Ps and Wikis,” he said. “We need to produce scholarship that is open and accessible.”

An example is UCT’s Vula which is based on an open-source platform. He added that the Centre for Higher Education Development (CHED) provides a blueprint for the rest of the university on how it approaches citations and scholarly publishing.

Specifically, CHED’s Centre for Innovation in Learning and Teaching has been doing innovative work on open education resources, open scholarship and open-access alternatives.

The impact of this will extend beyond scholarship: The cost of knowledge for students will be reduced and by decommodifying knowledge, Haupt argued, knowledge is decolonised.

Pursuing these alternatives need not lead to financial strain on the scholar.

Another impact of decommodifying knowledge is the strengthening of the public sphere.

“[For] a functioning public sphere to operate, you need information to enter the public domain freely,” he said. “I don’t mean free as in falooda or koe’siesters, I mean the democratic rights of access.”

Already, corporate entities are beginning to play the “open-access game”. Now the onus lies with scholars to push them even further.

“We need to push back on the commodification of knowledge, of the platforms that we use, of the journals that we access [and] on the publishers that we work with … push them on open access.”

Haupt closed by saying that in terms of UCT’s criteria for promotion and appointment, values regarding scholarly outputs need a rethink.

“If you are dealing [with] that … in favour of this thing called the common good, in favour of a functional public, then, maybe, we can revolutionise this institution.” 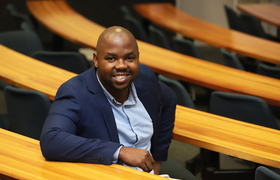 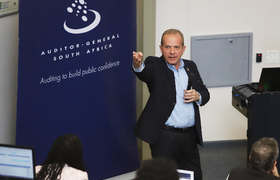 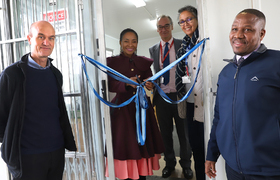