As the third pillar of the University of Cape Town’s (UCT) academic performance criteria alongside teaching and learning, and research, it is appropriate that social responsiveness receives institutional support and recognition to encourage staff to play an active development role in our cultural, economic, political, scientific and social environment.

UCT has accordingly established a distinguished Social Responsiveness Award alongside the similar awards for teaching and research. This provides a clear institutional signal to members of the university that social responsiveness is an important institutional activity.

The recipient(s) of the award will be selected based on the following criteria:

Depending on the nature of the activity the following criteria may be considered:

The award is open to individual staff and formal or informal groupings within the university. Staff must be employed either on a permanent basis or under a limited term contract of at least two years and must have been employed for a period of not less than 12 months prior to the date of nomination.

The nominations/applications should include the following:

The Social Responsiveness Committee will consider nominations and make recommendations to the Vice-Chancellor in relation to granting the award.

The award may be used to further social responsiveness or can be used for any legitimate project expenses, including equipment, running expenses, travel or a combination of these.

Nominations and applications for the Social Responsiveness Award should be submitted to Sonwabo Ngcelwane, Room 204, Research Office, 2 Rhodes Avenue (corner of Main Road), Allan Cormack House, Mowbray, 7700 or sonwabo.ngcelwane@uct.ac.za no later than 2 November 2018.

The recipient of the award will be announced in December 2018 and awarded at a university graduation ceremony. 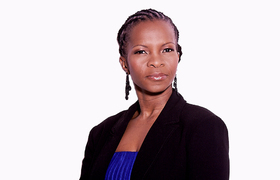