Finding opportunity in the water crisis

In a recent response to a journalist’s question about surviving the Cape Town water crisis, Associate Professor Lesley Green, deputy director of Environmental Humanities South, suggested that the water crisis could prompt Cape Town to build a greener and more environmentally resilient city.

The rise of cities since the 1960s has been extraordinary. But these cities are only possible because of sewage management, bulk water, energy and food supply, and waste removal.

Since cities are built on the idea of bulk supply only, they remove the responsibility of all to live ecologically. They are therefore extraordinarily wasteful infrastructures.

“I think it is entirely appropriate to look at Cape Town as an example of the evolutionary limit of a city based on ‘eco-thoughtless’ design.”

Most urban design gives barely a thought to water or energy. Whole new developments are built as if they are alien spaceships and have nothing to do with the ecologies that surround and sustain them.

Simple water-wise solutions would change this, as the Water Sensitive Urban Design (WSUD) team at UCT has shown. This crisis makes it evident that water-sensitive urban design must become mandatory for every new development.

I think it is entirely appropriate to look at Cape Town (and Port Elizabeth, which is also facing a Day Zero) as an example of the evolutionary limit of a city based on ‘eco-thoughtless’ design.

“We are realising that the city is not a spaceship. It is part of planet Earth, and we need a politics that works with planetary processes, which is what local ecologies are.”

At some point the system collapses in on itself; whether through poor planning (in one large city) or through a changed climate (from so many large cities).

But there are a number of long- and short-term infrastructural interventions that can be implemented, and which will move Cape Town towards greater climate resilience.

Consider rainfall in relation to roof area in Cape Town. If every rooftop were used to harvest rainwater, we would be able to store local downpours, in addition to the water that faraway dams like Theewaterskloof collect.

The city can and should be looking at localised water solutions at a household level. There should be a subsidy system for water tanks and guttering into them. That too would build more climate change resilience for the coming years.

Sewage is recyclable too

Consider sewage too. Cape Town has a massive problem with sewage going out to sea. I’m told by engineers that we could be recycling about 50% of the water we use from sewage, and ensuring that pharmaceuticals and organic pollutants are removed. Again, this will lead to greater climate resilience.

Compost toilets are also very useful – I’m installing one in my home – but there too, I worry about persistent organic pollutants getting into soil and the water table or aquifers. I’m therefore not convinced these are a long-term solution for a large city where many residents use medications that are persistent organic pollutants, and households use the kinds of toxic cleaning products that supermarkets push.

Clean up our rivers

Let’s look to the city’s rivers: the Black River, Liesbeeck, Eerste, Kuils and Keyser. These should be clean, and should be sources of water that we could use in this crisis. It is scandalous that they flow every day, but they are so filthy that the city can’t even consider using them for drinking water.

“We need to reclaim our rivers, and care for them and their water like we care for the health of our own arteries.”

It is true that the flamingos are back on the Black River. That is the accomplishment of a team of under-resourced fresh-water ecologists who’ve done extraordinary things. But the rivers are still terrible. That needs to change.

We need to reclaim our rivers, and care for them and their water like we care for the health of our own arteries. Collective clean-ups of the rivers are possible. They flow through communities, rich and poor. River clean-ups can be vital spaces of collective care and attention across race and class divides.

That the city is finally re-piping some of its springs into dams is brilliant. Bravo. A small but vital step towards climate resilience.

The point is that through this crisis, the political will towards ecological solutions is being rediscovered.

We are realising that the city is not a spaceship. It is part of planet Earth, and we need a politics that works with planetary processes, which is what local ecologies are.

We can, if we choose, recognise the limits of individualism and remember the power of collective action. In an era that has come to be defined by a middle-class anti-politics, reclaiming this kind of public-minded, ecological politics is what will make the biggest difference.

Philosopher of science Isabelle Stengers has written a great deal about science and politics in the coming climate crisis. The translated title of one her recent books is this: In times of crisis, resist the impulse to barbarism.

Can Cape Town act collectively in generating a new eco-politics? That’s the issue. 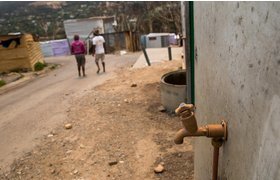 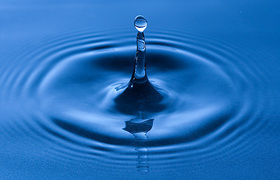