The City of Cape Town recently approved a drought levy that will be linked to residential property values. It is ironic that the levy has no link to water use or water-based services, writes Dr Kevin Winter from UCT’s Future Water Institute. It has all to do with raising a shortfall in revenue that is caused by the responsible behaviour of citizens, many of whom have gone to extraordinary lengths to save water in the current drought.

The proposal is subject to public participation comment, which is to be conducted next month. Properties valued at under R400 000 will be exempt, but the monthly drought levy will rise steadily for wealthier property owners.

The City wants to use the income for new infrastructural projects, but in reality the officials must be even more concerned about maintaining the existing water and sanitation services with the decrease in revenue from water consumption and the strain that this has placed on operating expenses.

There is no doubt that the drought levy will be poorly received by property owners who have invested heavily in water-saving devices and infrastructure such as rain tanks, boreholes and well points. The same may be said for those who have had the means to install expensive water-treatment technologies and have re-plumbed these systems into their homes.

This represents an extraordinary emergence of new skills, experience and interest in water such as we have not seen before in the city.

Social-media water-saving sites suggest that there are a host of these properties and homes throughout Cape Town. It is here where we might find new ways to access and share water should the taps run dry. The City shouldn’t punish these residents with a drought levy but should rather use the opportunity to encourage this water to be shared with others in need, at a marginal cost.

Could we avoid Day Zero by using the multiple decentralised water-supply systems that already exist in many neighbourhoods?

Non-potable, fit-for-purpose water can be used for flushing toilets, irrigating gardens, topping up swimming pools, and supporting local businesses that are heavily reliant on water for various purposes.

If the drought levy is only about raising money for new large-scale capital projects, then it is also time to rethink expensive centralised schemes and the role of local government control in the distribution of water.

Clearly we need both, but right now citizens find themselves at risk of being unable to draw on multiple water supplies in their neighbourhoods should the municipal system fail.

The drought levy appears to send the wrong message. It fails to incentivise local initiatives that will enable access to a local water supply. Neighbourhood-scale water supplies offer a promising alternative.

It is true that decentralised systems are often treated as nuisances, but they can add to the urban water flow, thereby reducing further reliance on large surface dams – as is currently the case.

There are obvious risks and obstacles to decentralised systems. These include spreading disease, loss of revenue for the local authority, and the challenge of monitoring and managing systems that do not meet standard procedures and practices.

However, there are distinct advantages. If managed and planned effectively, they could prepare Cape Town to diversify its water sources while at the same time building new capacity for climate-proofing the city and creating a caring community.

There is an opportunity for the City of Cape Town to guide and plan the promotion of decentralised technologies and management systems. The opportunity lies in the restructuring of the city’s Water By-law, which is currently under review and open for public comment.

Policies that encourage participation in decentralised water systems will need to follow. Property owners will then become the responsible owners of these systems, which could meet a large proportion of local demand for non-potable water.

Now is not the time to discourage property owners from taking the initiative to invest in alternative water technologies. However, the drought levy may do just that.

What is needed is to adapt responsibly to the ‘new normal’ for the greater good of everyone by finding an equitable means of enabling property owners to share their water bounty with others in the neighbourhood.

Let’s rethink the model by incentivising and encouraging water resource initiatives rather than stifling the opportunity presented by the development of Cape Town’s water resources. 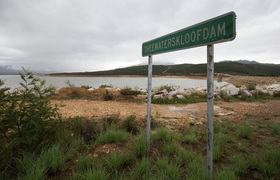 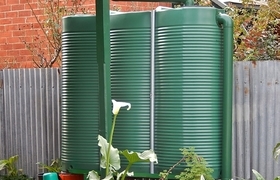 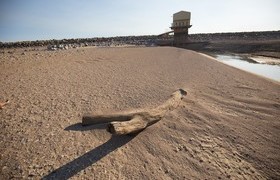 News
Water crisis: the more we know, the better we can respond 16 Nov 2017 Republished