Six talented instrumentalists and singers from the South African College of Music (SACM) are set to perform at the Western Cape Youth Classical Festival this coming Saturday, 2 September, at the Artscape Theatre.

This is the 46th iteration of the festival, which is a highlight on the classical music calendar and typically sells out every year. Designed as a celebration of the young talent, the festival offers these accomplished musicians an opportunity to perform on a professional concert stage with the Cape Town Philharmonic Orchestra (CPO).

The festival dates back to the opening of the Artscape theatre (formerly known as the Nico Malan Theatre) in 1971. It was at this time that the celebrated South African conductor David Tidboald founded an orchestra to service the performing arts genres, such as opera and ballet, which were to be performed at the theatre.

It was also he who envisioned a youth music festival, where young instrumental soloists and singers would be given the opportunity of performing with a professional orchestra.

SACM students Alice Clegg (piano), Masabane Cecilia Rangwanasha (soprano), Darryn Kenned (bass baritone), Frances du Plessis (soprano), Kabelo Lebyana (bass baritone) and Tessa Campbell (violinist) all successful auditioned to take part in the festival. They will perform alongside the CPO and will each take a solo during the course of the evening.

“Each year we are overwhelmed at the standard of these young musicians who audition. We embrace their dedication and passion as they also represent many up and coming classical musicians in the Western Cape,” said Artscape CEO Marlene le Roux.

“The teachers, music institutions and parents that nurture and support these young musicians are to be congratulated. This is a journey of many years, but this festival is a dream realised as they step onto the Artscape stage in performance with the Cape Town Philharmonic Orchestra.”

The show will be conducted by Brandon Phillips, resident conductor and principal bassoon of the CPO.

The show takes place at the Artscape Theatre on Saturday, 2 September, at 19:30. 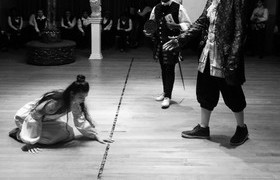 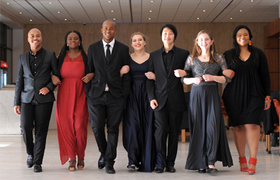