All four were talented and dedicated UCT athletes who died tragically, Rochford less than a year ago. The race attracted a record turnout of 1 045 runners and walkers.

UCT's Amy Aronson was the fifth woman in at 40:13, her last race in UCT colours before she moves to the UK. Tanya Scott was the second junior woman home, clocking in at 42:30. 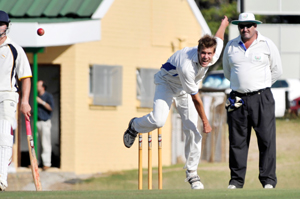 Martin Walters and Richard Lotter (in picture) did duty for the Nashua Cape Cobras in their SuperSport Series match against bizhub Highveld Lions from 25-28 March.

In doing so, the two became the first UCT players to represent the province's professional outfit for a good five or six years (Brian Murphy was the last).

After a top-order collapse, and chasing just over 100 runs, Walters joined with Richard Levi for an unbroken 70-run fifth-wicket partnership that guided the Cobras to their first SuperSport Series win of the season, and only their fourth in three seasons. 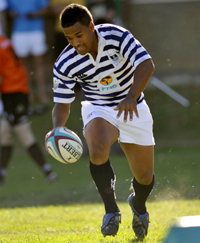 So, yes, Stellenbosch University's Maties took a deserved second Varsity Cup title and, rightly so, picked up most of the other awards, including that for the team that played the best rugby ("Rugby that Rocks", viz the competition's byline).

But UCT didn't walk off empty-handed. Fullback Therlow Petersen, one of the Ikey Tigers' most consistent performers, was named Back of the Tournament. He also scored the most tries in the tournament, six.

(For the record, Maties got the better of North West University's Pukke by 11-6 in a blood, sweat and tears final in Stellenbosch on 30 March.)