Olympic rowing star to rock the boat at UCT

Olympian Rika Geyser has agreed to pass on her abundant skills to the up-and-coming young UCT stars when she takes up a coaching job with the women's rowing team. 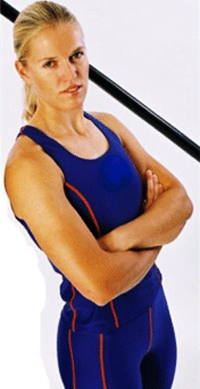 The undisputed South African champion - and a formidable competitor on the world stage - Geyser hopes to attract more students to the sport, and perhaps mould a few champions of the future.

"I'm very excited to work here and the girls have shown good commitment," she said after her first week with the team. "I'm looking forward to the season."

So far she has worked just on basic technique and fitness with the students. She has a long-term plan, though - she hopes to turn the UCT club into the best-run university rowing club in the country.

Geyser, 30, has been rowing for 12 years, but last year was probably the most memorable of her career. She finished fourth in the World Cup in Poland, and third in the Koninklijk-Holland Beker Regatta in the Netherlands. Then, at the Beijing Olympics, she won the third heat of the finals in the women's single sculls event, finishing 13th overall at the Games.

She moved from Pretoria to Cape Town late last year, and the Western Cape Rowing Foundation put her in touch with UCT.

She emphasised that rowing - though highly technical and demanding strength, balance, co-ordination and control over long periods - is suitable for everybody, and called on more students to join.

"You don't necessarily need to be talented to row, and first-year students, in particular, should come and experience something different."