A team of international researchers has assessed the population history of prehistoric humans that lived in the region around Lake Baikal, Russia, and found the deepest connection to date between the peoples of Siberia and the Americas. The research – which combines the fields of human population genetics, the study of ancient pathogen’s genomes and isotope analysis – also demonstrates human mobility, and hence connectivity, across Eurasia during the Early Bronze Age (around 3000 to 2100 BC).

Modern humans have lived near Lake Baikal since the Upper Paleolithic (50 000 to 12 000 years ago) and left behind a rich archaeological record. Ancient genomes from the region have revealed multiple large-scale genetic changes and mixing, indicating that the transition from the Neolithic to the Bronze Age, which occurred around 3 000 years ago, was facilitated by human mobility and complex cultural interactions.

The nature and timing of these interactions, however, remains largely unknown.

A new study, published in the journal Cell, reports the findings of 19 ancient human genomes from the region of Lake Baikal, including one of the oldest reported from that region.

Led by the Department of Archaeogenetics at the Max Planck Institute for the Science of Human History, the study illuminates the population history of the region, revealing deep connections with the First Peoples of the Americas, dating as far back as the Upper Paleolithic period, as well as connectivity across Eurasia during the Early Bronze Age.

“This research is the outcome of a large, international collaborative project and combines the seemingly disparate disciplines of genetics, pathogen genomics and a little bit of radiogenic isotope geochemistry,” says Dr Petrus Le Roux, a chief research officer in the Department of Geological Sciences at the University of Cape Town (UCT), who is a co-author on the paper.

“Multidisciplinary research can yield spectacular results, and over the last decade and a bit, the UCT Multi-collector Inductively Coupled Plasma-Mass Spectrometry Facility has built an international reputation for not only analytical excellence, but importantly being open to a wide range of researchers from fields outside traditional geochemistry.”

“This study reveals the deepest link between Upper Paleolithic Siberians and First Americans,” says the study’s lead author, Dr He Yu of the Department of Archaeogenetics at the Max Planck Institute for the Science of Human History, Germany. “We believe this could shed light on future studies about Native American population history.”

Past studies have shown a connection between Siberian and American populations, but the genomes of one of the individual’s analysed in this study – from some 14 000 years ago – is the oldest to carry the mixed ancestry present in Native Americans.

Using an extremely fragmented tooth excavated during 1962 at the Ust-Kyahta-3 site in the Kyakhtinski Region of the Republic of Buryatia, Russia, the researchers generated a genome sequence enabled by cutting-edge techniques in molecular biology.

This individual from southern Siberia, along with a younger Mesolithic one from northeastern Siberia, share the same genetic mixture of Ancient North Eurasian and Northeast Asian ancestry found in Native Americans. This suggests that the ancestry that later gave rise to Native Americans in North America and South America was much more widely distributed than previously assumed.

Evidence suggests that this population came into frequent genetic contact with Northeast Asian populations, resulting in varying degrees of admixture across time and space.

A web of prehistoric connections

In addition to this transcontinental connection, the study presents evidence of connectivity within Eurasia in the form of genomes of humans and pathogens, as well as stable isotope analysis. Combining these lines of evidence, the researchers were able to produce a detailed description of the population history in the Lake Baikal region.

“UCT was essential in providing strontium isotope ratio data for this research, which is critical to determining whether individuals were locals or came from outside the Baikal region,” says Le Roux.

The presence of Eastern European steppe-related ancestry is evidence of contact between southern Siberian and western Eurasian steppe populations in the preamble to the Early Bronze Age, an era characterised by increasing social and technological complexity.

“We believe this could shed light on future studies about Native American population history.”

Although the spread of Y. pestis was thought to be facilitated by migrations from the steppe, the two individuals identified with the pathogen in this study were genetically similar to northeastern Asian people.

Using strontium isotope analysis from UCT, the researchers found that one of the infected individuals presented a non-local signal, suggesting they originated outside the region of discovery.

In addition, the strains of Y. pestis that the pair carried are most closely related to another strain from that time found in an individual from the Baltic region of northeastern Europe. This further supports the high mobility of those Bronze Age pathogens and likely also people.

This collaboration between UCT and the Max Planck Institute for the Science of Human History is ongoing. An upcoming phase will involve another large international project with EUR10 million in funding from the European Research Council, explains Le roux.

“The UCT MC-ICP-MS Facility will again be a small, but important partner,” he adds.

The Multi-collector Inductively Coupled Plasma-Mass Spectrometry (multi-collector ICP-MS) facility in the UCT Department of Geological Science uses a large magnet to separate different isotopes of an element based on mass. Like a prism separates lights based on wavelength, it creates a “mass spectrum” and then measures the ratio between the separate isotopes.

“You can think of this ‘mass spectrum’ as a bit like an isotope rainbow!” says Le Roux.

“The facility might be a bit hidden away in the Geological Sciences building, but people and projects have come to use it from as far away as Argentina, Chile, China, Denmark, Italy, Libya, Namibia, New Zealand, the United Kingdom, Sudan, Sweden, the United States, and more.

“Besides rock, researchers bring samples to be analysed as diverse as fish bones, llama hair, cycads, water, ceramics, ivory, human nails and many, many teeth from sheep, dinosaurs, llamas, cattle, rodents, hominids and modern humans – including a tooth from Tahiti purported to be from Paul Gauguin!”

Find out more about the facility. 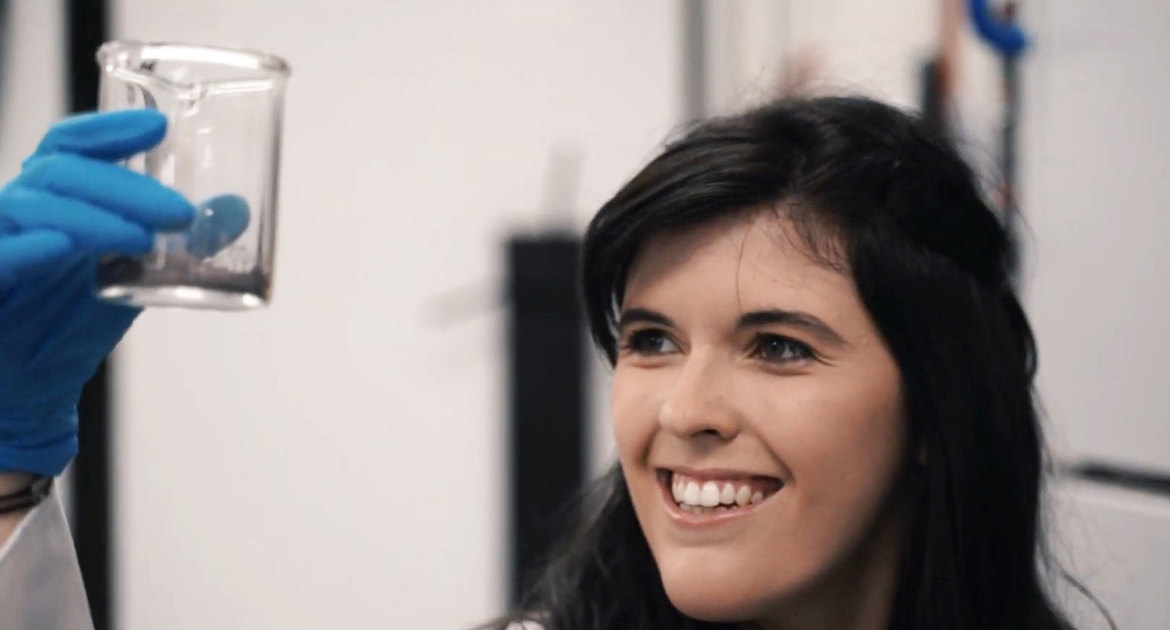 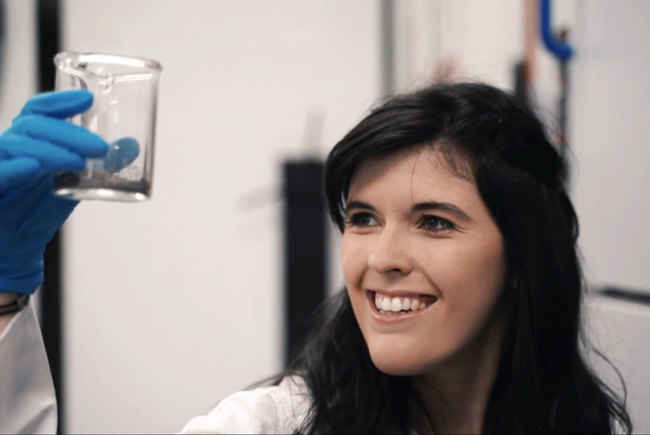 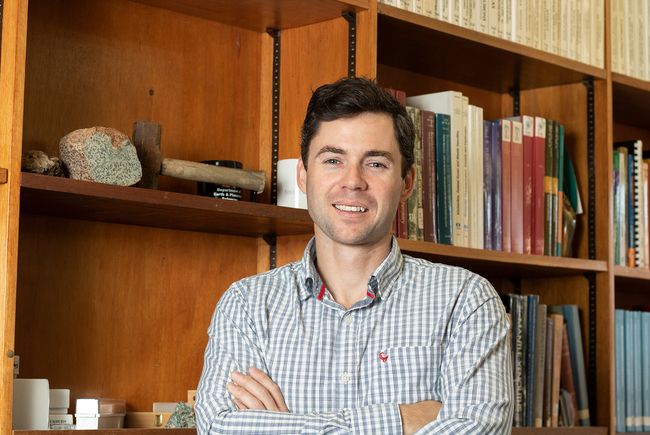 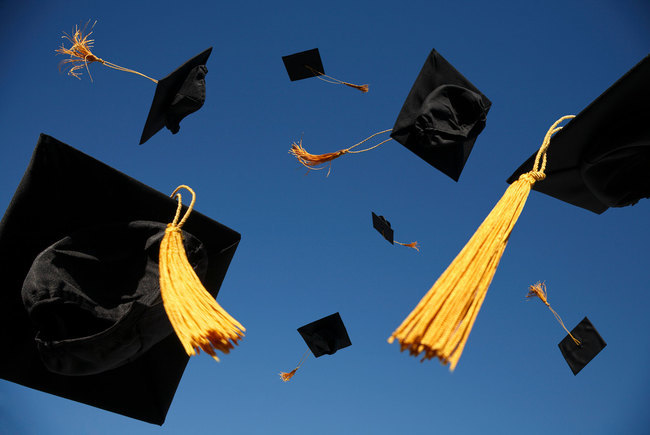 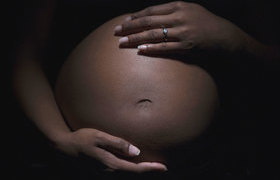 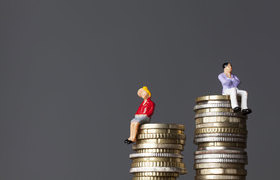 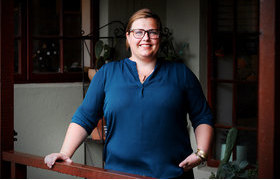 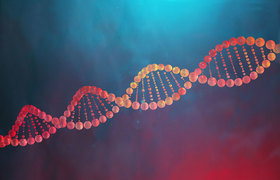