Twenty years after democracy there are alarming signs that our freedom is shrinking, a situation that must be reversed before South Africa "lands on the slippery slope to authoritarianism", said veteran journalist Max du Preez.

Du Preez was delivering the 49th TB Davie Academic Memorial Lecture in the Jameson Hall on 28 August, some 22 years after UCT awarded him an honorary Master of Social Science.

"Right now we need more freedom, more openness, more academic freedom and more tolerance," said the author and activist of what he sees as the steady corrosion of the country's democratic values.

But the core of his lecture, titled The Mediocrity of Intellectual Discourse: Misrepresenting South Africa in the academy and beyond, was a call to academia.

In the transition to democracy, the role of the public intellectual had dissipated, impoverishing public discourse − and our understanding of society, he said. As such, academics had neglected that "other leg" of academic freedom and responsibility.

Step up to the plate

"We need academics to step off campus much more often to fill the gaps left by the media, the political establishment and the faith communities," Du Preez said. "There is no way universities in South Africa can go about their business without focusing their minds on the specific demands and needs of our society."

Many young academics preferred the sanctuary of the institution and their research, he added, believing it is "too risky, too traumatic to get caught up in the rough and tumble" of political and social discourse in South Africa.

"And this can be problematic; public discourse is so poor at the moment that we often don't go beyond labels."

Du Preez said that UCT law academic and Constitution expert Professor Pierre de Vos is an example of how academic engagement had strengthened public discourse, through the media.

Another example is the Oscar Pistorius trial where law professors, lecturers and senior counsel have gone to "epic" lengths to explain what was happening in court and what it meant.

"Thanks to them, millions of people following the trial on television or radio know a lot more about the legal system and the courts' functioning."

A third example was the Marikana shooting.

"We all saw the TV footage and heard statements from the police, mine managers and trade unions. And then an academic from the University of Johannesburg took his team to Marikana and pieced together what really happened. It was a very different story from what the police and the mine management had told us. That was proper public engagement."

The same could be done for education, social, health, and economic issues, creating a better-informed public.

"If you don't live up to your responsibility, you run the risk of forfeiting some of your freedom ... society demands that universities produce public intellectuals that participate actively and visibly in public life."

While democracy had provided freedom of speech, the Constitution, and the public protector, there is a current "disconnect" between these functions and the reality on the ground, warning signs that "this openness might not last", Du Preez warned.

This had been reflected in attacks against artists and the press, the "brutal control" of the public broadcaster, "blatant manipulation" of the criminal justice system, and police brutality.

"The war of words between the ANC and EFF [in Parliament] is a reminder of that. We have the bizarre situation that the once-powerful liberation movement, with about 62% of the vote in the election, threatened strong-arm tactics, even riot police, inside our highest legislative body after a simple verbal [EFF] interjection in Parliament.

"And we have the leader of a new party, after contesting a free and fair election in May, threatening to form a military wing and go underground. We seem to have forgotten about the 10 000 people who died in the conflict leading up to 1994.

"What we need is a greater stimulation of ... thinking and a decent exchange of ideas across the different sectors of society. As a society we have not rid ourselves of the fears and prejudices and that lack of knowledge of the other."

Who will carry the baton?

With the exception of talk radio, the mainstream media had failed this challenge, Du Preez said.

"The public broadcaster could have and should have played a leading role in forming and stimulating public opinion, but it has become a tragicomedy ... Our investigative reporting is still good, but now seldom goes beyond unearthing scandal and corruption."

The country's highly regarded academics had to step into the breach.

"Enter the public intellectual, that animal trained and equipped to think, to expand knowledge and national conversations ... to bring new insights to controversies. But where are our young bright sparks who can take the baton from Njabulo Ndebele and Frederik van Zyl Slabbert? Why could we never produce another Steve Biko?"

Part of that answer lies in the country's poor education legacy, said Du Preez, who in addition to his writing is also a senior research fellow at the University of Fort Hare, a former incubator of African leaders.

"Why hasn't Fort Hare become a jewel in the crown of the liberated country? What does it say about us that Fort Hare, Venda and Transkei universities are not listed in the country's top 10 universities? What does it say about us as a society that we knowingly perpetuate inequality by providing excellent school for the white and black middle-class kids but totally neglect education in townships?

"Too often when we think we are talking about the public intellectual we only talk about politics. I've been heartened by the courage of a few black journalists who initially had to fight for their space because white intellectuals had been dominating it for so long.

"I have a lot of sympathy for young black academics asserting themselves and sometimes feeling the pangs of insecurity. Arrogance, smugness and ignorance can be an extremely alienating environment.

"They now have that space, that foothold, and will hopefully grow in confidence ... society desperately needs their voices."

Du Preez ended with a challenge: "I urge you and the students at this university: for the sake of our freedom, fight the good fight for an open society and a deepening of our democracy."

In the classic expression of freedom of speech and assembly, UCT's policy is that our members will enjoy freedom to explore ideas, to express these and to assemble peacefully.

The annual TB Davie Memorial Lecture on academic freedom was established by UCT students to commemorate the work of Thomas Benjamin Davie, vice-chancellor of the university from 1948 to 1955 and a defender of the principles of academic freedom.

Organised by the Academic Freedom Committee, the lecture is delivered by distinguished speakers who are invited to speak on a theme related to academic and human freedom. 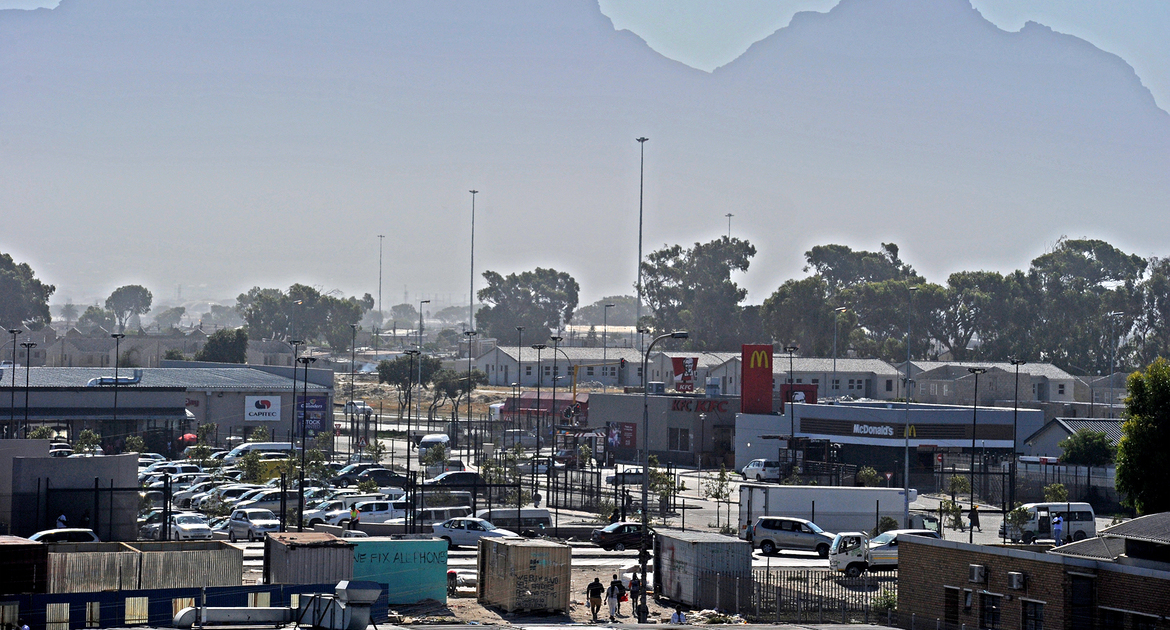 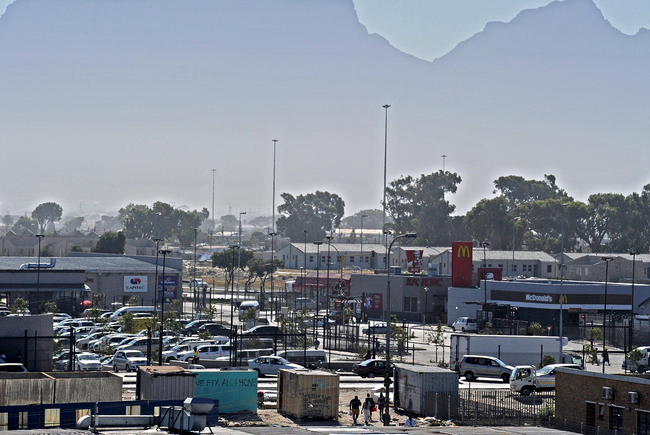 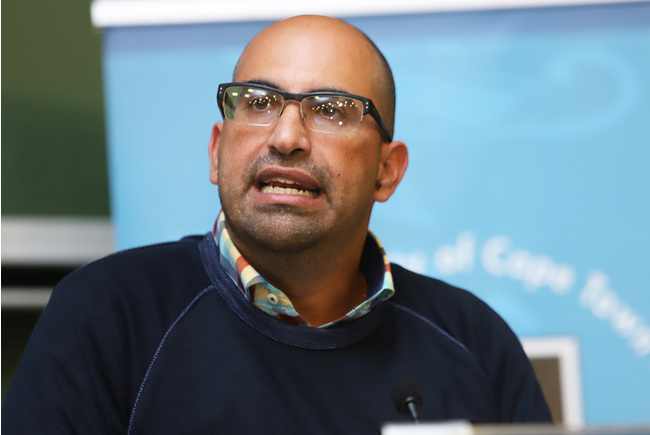 TB Davie Memorial Lecture presenter Dr Steven Salaita argued that academic freedom allows the investigating of things that might upset others – without fear of retaliation. 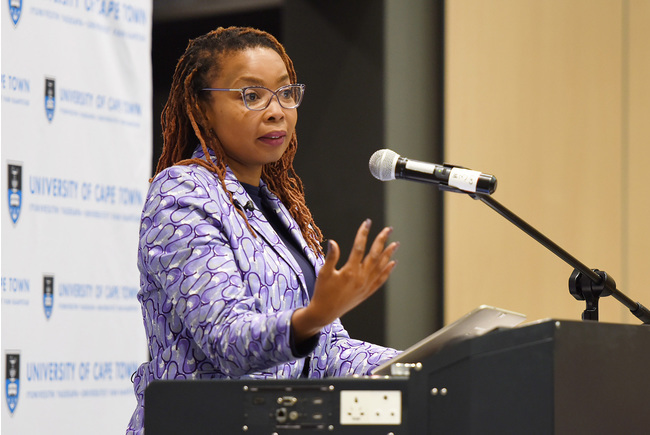 Universities were at the frontline of the colonial civilising mission. Your task is to subvert that mission, Prof Mahmood Mamdani told his TB Davie Memorial Lecture audience. Lectures and speeches 'Diverse societies should not curtail free speech' Lectures and speeches 'Our freedom is shrinking' - Max du Preez