A University of Cape Town (UCT) PhD candidate’s research is in the vanguard for cancer research globally and could be a giant step towards transforming treatment regimens for people living with cancer.

Athi Welsh is pursuing the third year of his PhD in UCT’s Department of Chemistry. His research, which focuses primarily on organometallic chemistry – the study of compounds that contain a covalent bond between a carbon atom and a metal – is in a class of its own. At the heart of his work in the chemistry research lab, located in the PD Hahn building on UCT’s upper campus, are the platinum group metals (platinum, palladium, rhodium, ruthenium, iridium and osmium). His research, he explained, focuses on studying how to incorporate these platinum group metals onto organic scaffolds (the structure or framework of a molecule) and exploring how its subsequent organometallic complexes can be used to treat cancer.

“My research is at the interface of bioorganometallic chemistry and cell biology and my work aids in bridging the gap between medical chemists and biologists.”

“My research is at the interface of bioorganometallic chemistry and cell biology and my work aids in bridging the gap between medical chemists and biologists,” he said.

In recognition of this work, Welsh has been selected to attend the 71st Lindau Nobel Laureate Meeting in Germany later this month. The event provides a globally recognised forum for exchange between Nobel Prize laureates and young up-and-coming scientists around the world, with the aim of building an international exchange of knowledge between nations, cultures and disciplines.

According to Welsh, his research focuses specifically on ruthenium – a polyvalent, hard white metal, and investigating how to combine it with the benzimidazole scaffold (a heterocyclic aromatic organic compound) to potentially use this combination as a new and valuable anti-cancer drug.

The aim of this process, he explained, is to develop new treatment models for cancer, help patients overcome resistance to chemotherapy and to minimise adverse side-effects commonly associated with this widely used drug.

“I conduct experiments in the fields of bioorganometallic chemistry and cell biology and this provides a unique point of view for scientists who work along the drug development pipeline. In my work, I have developed and reported on work that demonstrate anti-cancer activity, which compares or can be superior to clinically used chemotherapeutics,” he said.

“Some of the leads identified in my study show enhanced selectivity relative to some [current] clinically used drugs. This is extremely exciting. It’s ushering in a new dawn for cancer treatment using multinuclear complexes via different modalities,” he said.

Where to from here? Shedding some light on those less investigated mechanisms of action of other metal-based complexes is on his list. This too will help scientists understand how to design and develop new anti-cancer drugs, and help patients overcome resistance and advanced side-effects associated with current cancer treatment regimens.

Owing to his unparalleled research, the African Academy of Sciences nominated Welsh to attend the Lindau Nobel Laureate Meeting. After a long, thorough selection process, he received word that he was selected as one of 600 up-and-coming scientists from around the world to attend the prestigious event. The meeting starts on 26 June.

“It’s exactly what I need to become a global pioneer within my research field and to share my work with seasoned and budding scientists.”

Welsh said he is looking forward to rubbing shoulders and sharing ideas with Nobel Prize laureates and fellow young scientists. He hopes that through both formal and informal interactions they will have the opportunity to discuss science and other translational work that will have a direct impact on the health and well-being of people all over the world.

“I feel extremely humbled and honoured by this opportunity. It’s exactly what I need to become a global pioneer within my research field and to share my work with seasoned and budding scientists,” he said. 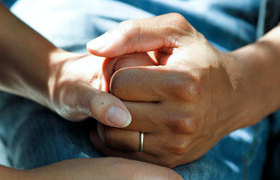 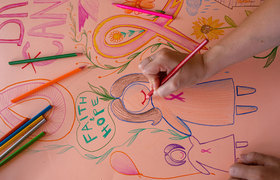 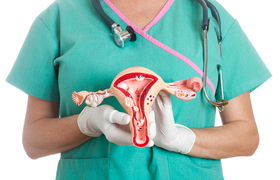 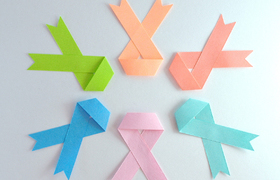