Francis Wilson: A heart on fire, with a mind on ice

Emeritus Professor Francis Wilson, the renowned founder of the Southern African Labour and Development Research Unit (SALDRU) based at the University of Cape Town (UCT), passed away at the age of 82. Emeritus Professor Wilson did pathbreaking research on the system of migrant labour in the South African gold mines.

It was Francis Wilson who discovered that black miners’ wages had not increased over 50 years. In fact, in real terms, they had gone down.

He had studied the Chamber of Mines’ annual reports from 1911 to 1966, and calculated that black workers earned the 1938 equivalent of R72 in 1911. In 1966 — 55 years later — their real wages had actually dropped by R1. White workers’ wages, on the other hand, had increased and the racial wage gap had widened.

“The numbers were off the charts,” he writes in a forthcoming collection of his work, South Africa: Black, Gold, and White, which will be published in June 2022 by KMM Review Publishing.

He worried he may have his figures wrong. His first book, Labour in the South African Gold Mines was about to be published by Cambridge University Press (CUP), and he did not want to risk either the reviewer — or the Chamber of Mines — excoriating his numbers.

So in 1968, he asked the editor of the Financial Mail if he could publish an article about his findings. He had hoped they may “tuck it away unobtrusively near the back of the next issue. A mistake there would not reverberate as loudly as false figures in a book coming out under the banner of the CUP.”

To his horror, the Financial Mail published his article as its cover story under the headline: “Gold’s Forgotten Men”. They were the “Africans underground”, explained the strap. “In half a century they have got nowhere.”

The Chamber did not dispute his figures. They had tried, though, before he submitted both his doctorate to Cambridge and his book, to vet his findings. He refused.

‘Imagine the life of a mine worker’

By that time he had also been down a deep-level mine and into some of the compounds housing up to 90 men in a single dormitory. “You can’t write about South Africa unless you have been down a mine,” he told me in an interview last year.

He describes mine work in his forthcoming book: Imagine a roadworker digging up a pavement with a jack-hammer drill. “Now imagine him doing that work thousands of feet underground, in the intense heat, where he cannot even begin to stand upright, and where the drill is not going with the aid of gravity into the ground beneath, but where it has to be held horizontal and driven into the wall in front.”

The noise is magnified, dust “invades the lungs”, always there is “the possibility that the roof of the mine might suddenly cave in under the pressure, or that a spark from the drill or a careless cigarette might ignite a pocket of methane gas…”

His experience was to put him on a lifelong path of exposing how pernicious the system of migrant labour was, not only for South Africa but for the region. Until 1973, most mineworkers came from outside of South Africa. Then two important catalysts — a plane crash that killed scores of Malawian mineworkers and the 1974 coup in Lisbon that freed the Portuguese African territories from colonial rule — reversed the trend. It was only then, in the mid-1970s, that wages of African miners began to rise.

It taught him, as he told me last year, that “facts are powerful.” Facts matter.

In 1975, he founded the Southern African Labour and Development Research Unit (Saldru) at the University of Cape Town, where he lectured in economics. A consummate networker, he convened conferences on farm labour, and on the economics of health care.

In 1984, Saldru hosted the Second Carnegie Inquiry into Poverty. The first, in 1929, examined the “poor white problem”. The findings became part of the justification for the policy of “separate development” and then apartheid. Wilson used this uncomfortable fact to good effect in raising money for the second inquiry, and a third in the post-apartheid era.

The evidence produced was like a “weather vane,” says Professor Murray Leibbrandt, who took over as director of Saldru in 2001. It was “like an internal temperature reading of society. Government could say whatever they liked but here was the evidence” about dire poverty in apartheid South Africa.

“He was an incredible nurturer of talent,” recalls Dr Mamphela Ramphele, who worked with him on the second inquiry.

Wilson had met Ramphele in 1975 on a trip to King Williams Town (Qonce) to visit the banned black consciousness leader, Steve Biko. He was en route to Hogsback, his family home, and he had his son David in tow, still in the khaki shorts of his primary school in Cape Town.

“I was very struck by this university professor and his son come to see what we were doing at the Zanempilo community centre” in Zinyoka village. It was started by a group of black consciousness people to provide services to the community — a real “beehive”, as Ramphele describes it.

After the 1976 student protests, the police began to crack down more heavily on the black consciousness leaders. Originally university-based, the movement set out to conscientise school students. Some, like Mapetla Mohapi, helped activists threatened with detention to leave the country. Mohapi was killed by the police in detention in 1976, as was Biko in 1977.

After Biko’s death, Ramphele was banished to Tzaneen in the then Eastern Transvaal. Wilson would visit her regularly at the village of Leyenye where she had started another clinic. “He’d come with his big smile and arms that would wrap around you bringing joy… I would hear ‘qoqoqo’ at the door, and he’d say, it’s your newspaper.”

He was just such “a very flowery, very charming, very handsome man,” she recalled. “A real Motho Motho (a Sepedi expression). You could see here is a person with a heart.”

When her banning order was lifted, he recruited her to Saldru to work on the second Carnegie Inquiry.

“He shaped my professional life,” she said, teaching her to write and integrating her into the Cape Town community, then riven by apartheid. “He would say ‘Mams, we’ve got to turn your flowery oral narrative strengths into written narratives because written narratives last forever.’”

Together they wrote the book that came out of that conference, Uprooting Poverty. He became such a part of her life that he went to her oldest son Hlumelo’s “coming out” ceremony when he returned from initiation. He went as the godfather because Hlumelo, her child born of her relationship with Biko, did not have a father to attend the ceremony.

Wilson, says his successor Leibbrandt, had this “amazing ability to pull together the research and the researchers, and forge a community. He’s an evidence-based person but he was much more than that… he didn’t distinguish between surveys and real lived experience.

“Everything that Francis did was about capacity building and empowerment.”

Another whose life he shaped was Ebrahim Patel, now Minister of Trade and Industry. In the early 1980s, Patel had to leave the University of the Western Cape without finishing his degree because of two lengthy spells in detention.

The late Dullah Omar, then a prominent human rights lawyer and later Minister of Justice, had asked Wilson to take on the young activist.

Patel learned to use census data to find out about living conditions on the Cape Flats. And when the Tricameral Parliament elections took place in 1983, they used data to show that, contrary to government claims of a high percentage poll, only a small number had actually registered to vote. 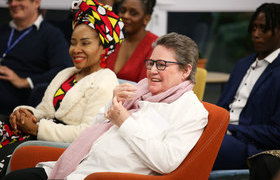 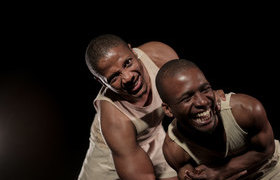 News
‘Four Fathers: Bananas for the Baboons’ premieres at The Baxter 12 Aug 2022 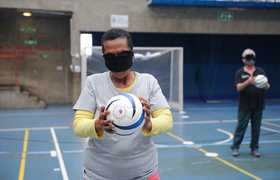 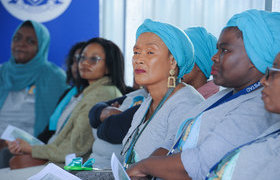