When Associate Professor Lionel Green-Thompson stepped into his position as the University of Cape Town’s (UCT) new dean of the Faculty of Health Sciences, it was exactly a day after the institution announced the immediate suspension of classes in response to the COVID-19 pandemic.

It was, according to the dean, “an incredible baptism” but one that was welcomed as it left no time to second-guess or dither. But, more importantly, the pandemic made evident the commitment, compassion, creativity and resilience of the faculty’s staff and students.

“The faculty was incredibly involved; I really must pay tribute to all of the people who contributed … people made huge contributions to how the [Western Cape] province responded to the epidemic,” said Associate Professor Green-Thompson.

“I come into the faculty to listen with compassion, to walk with humility and to act with justice.”

It’s this, the recognition and celebration of staff and students, as well as a strong focus on social accountability, transformation, research and relationships that form the basis of his commitment as dean.

He summed up the mantra for his tenure in an introductory letter he wrote to the faculty: “I come into the faculty to listen with compassion, to walk with humility and to act with justice.”

Making of a dean

Green-Thompson hails from Vryheid in northern KwaZulu-Natal. During his youth, it was still a small town and his primary school was especially small. When he was in Grade 7, there were only four learners in the class, which contained two other grades.

With there being no high school for coloured children in Vryheid, and because of the draconian apartheid laws, Green-Thompson later required ministerial consent to attend the Indian-designated boarding school in Newcastle, where he matriculated in 1981.

His father, the only black general practitioner in Vryheid at the time, was politically active, particularly around issues of housing, and would make regular rounds to rural areas, practising medicine from the back of his car, in churches or in patients’ homes. Green-Thompson’s mother was a nurse and ran the family practice. Together they inspired in their son an appreciation for all the disciplines of healthcare and showed him teamwork and equality between practitioner and patient.

“When I think about my life, their influence is quite significant,” he said.

Green-Thompson followed in their footsteps, enrolling to study medicine at the University of the Witwatersrand (Wits), where he remained until 2001. During this time he completed his internships, house jobs, worked for an ambulance company and specialised in anaesthesia. He later moved into education where he was the clinical coordinator for the final years of the Wits graduate entry programme.

In 2012 he left his position to pursue his PhD, which looked at social accountability – something which has remained integral to his work. In 2014, following a sabbatical, Green-Thompson was appointed as assistant dean of teaching, learning and undergraduate affairs at Wits, a post he held until 2018. He was then appointed as dean in the School of Medicine at the Sefako Makgatho Health Sciences University in Pretoria North, where he remained until his appointment to the deanery at UCT.

With the wealth of experience he brings to UCT, Green-Thompson quickly identified key focus areas in the faculty and began exploring interventions. These areas are, in no particular order, demographic transformation and inclusivity, curricular transformation, and research. He believes that it is in these three areas that “we need to deepen our conversations, and we are busy deepening our conversations”.

Regarding the first, Green-Thompson said that the “demographics of our staff complement is not where [it] should be”. However, there are numerous interventions under way or in the pipeline, including climate surveys and diversity engagements. Key for the dean is creating the spaces to “understand what our stories are and to craft the way forward in a more constructive way” and build “the sense of accountability”.

And while he views the student body as “reasonably representative”, he said that students often have alienating experiences: “We need to work on that consciously, all the time.”

On the second, curricular transformation, he explained that what is needed is an engagement with the curriculum to “get a deep understanding of what it is achieving and then begin to transform it in an appropriate way”.

“There are a number of these asymmetries which imply a hierarchy which we have to address in health because ... it will facilitate healthcare for all.”

Including and acknowledging indigenous knowledge in the curriculum is equally important. But of greater importance, he said, is reconstructing the asymmetries of relationships within the health professions. Here Green-Thompson referred to the power differential between doctors and other health professionals, that curative services usually trump preventive services in teaching, the tension between urban and rural services, and tension between teachers and students.

“There are a number of these asymmetries which imply a hierarchy which we have to address in health because ... it will facilitate healthcare for all.”

An additional and third priority area is research. The pandemic has showcased the university’s and faculty’s research capabilities. Green-Thompson acknowledged that the faculty has adapted “quite phenomenally and very reflexively” to COVID-19 and has collaborated across disciplines that are usually siloed.

He noted the substantial income generated for the faculty and the university from the massive research enterprise, which has long made significant contributions to areas such as infectious diseases, diseases of lifestyle, non-communicable diseases, gynaecological cancers and paediatrics.

“It really is a faculty thatʼs at the cutting edge of research.”

“It really is a faculty thatʼs at the cutting edge of research,” said Green-Thompson.

Additional plans that cut across the three priority areas include developing the faculty’s partnership at the UCT Private Academic Hospital, engaging with communities more effectively and including their voices in the faculty’s work.

This also speaks to another important aspect of Green-Thompson’s commitment for his tenure: building relationships with stakeholders.

Drawing on the social accountability work he undertook as a PhD candidate, Green-Thompson referred to the “partnership pentagram”, which acknowledges the academic institution, policymakers, service providers, communities and professional bodies as equal partners.

Identifying these stakeholders is the first step; it must be followed by making these relationships explicit, evaluating each and unearthing the synergies that exist. An example of this is the potential synergy between the faculties of Health Sciences and Humanities in the fight against COVID-19, as well as between Health Sciences and Engineering & the Built Environment.

“We need to engage across the disciplines and … the university in a way where we evaluate it less from the status of degrees and far more by the relationships that we can build. I think thatʼs far more important.” 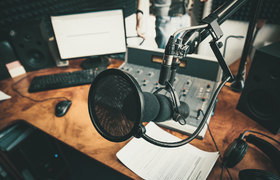