The private sector and civil society have critical roles to play in tackling South Africa’s inequality epidemic, and in doing so require the collective buy-in from the public sector, civil society and academia.

This according to Professor Murray Leibbrandt, director of the Southern Africa Labour and Development Research Unit (SALDRU) at the University of Cape Town (UCT).

The report was produced by Stats SA, SALDRU and Agence Française de Développement and forms part of the work undertaken by the ACEIR. It revealed grim findings on the state of the post-apartheid rainbow nation: a mixed record on the provision of basic services, large disparities between rich and poor, and rampant unemployment.

Now that the dust has settled, South Africans are left asking: Where to from here?

The stakeholder engagement session set out a full day to help answer this question. Held at the UCT Graduate School of Business (GSB) satellite campus in Philippi, the sitting unpacked the report’s findings and robustly discussed ideas and strategies on how to address the inequality scourge.

“Getting it [inequality] right is not government’s role alone. It’s stifling our collective potential, that’s all of us, and so it is all of our problem.”

During the session, delegates heard that to help address gender inequality, women need to actively participate in economic issues. More than that, increasing investment in women-owned enterprises is crucial, as is closing the pay gap between top and bottom earners in organisations.

Further, tackling spatial inequality could alleviate the “burden of those living in less developed and accessible areas of the country”. This means turning attention towards peri-urban areas already being developed, as well as roads linking rural areas with urban areas, and paying more attention to additional ways of rural development.

“But getting it [inequality] right is not government’s role alone. It’s stifling our collective potential, that’s all of us, and so it is all of our problem, yet we’ve not made a solid commitment to crack it,” Leibbrandt said.

South Africa is a mere 10 years away from reaching the goals set out in the National Development Plan, which aims to eliminate poverty and reduce inequality by 2030. Leibbrandt believes that it will be “extremely difficult” to get it right. But to do so, the work should start now.

For Leibbrandt, the report and the subsequent stakeholder engagement session opened a fundamental conversation that SALDRU has been hoping to drive and facilitate between government, civil society and corporate South Africa for a long time.

Each entity has an individual role to play in solving inequality, he added. The report’s findings should form a solid foundation for stakeholders to work from in order to effect change, and to improve the state of the nation. But no one should shy away from the difficult questions ─ everyone should be prepared to get their hands dirty.

“It’s time we commit to supporting each other with our interventions.”

The stakeholder engagement session was a start.

“The report is a stocktake – a starting point. We have the data and now we need to work with it and do something about it.”

South Africa, said Leibbrandt, is in a fortunate position to have extensive data from projects that monitor and measure poverty and inequality. Countries like Ghana and Kenya have not been that lucky (although both play host to an ACEIR node – one at the University of Ghana, Legon, and the other at the University of Kenya). It’s for this reason that both countries will make use of South Africa’s inequality trends report methodology for their respective in-country inequality analysis going forward.

“It’s time we commit to supporting each other with our interventions.”

There is no quick fix to solving the monumental problem.

While it’s become increasingly difficult to remain positive, despite the reality and the enormous challenges that South Africans are exposed to every day, regardless of their socio-economic backgrounds, Leibbrandt advised that we “embrace our situation”.

“We need to own it now, and work on it together [to solve inequality]. It’s our reality. We need to have the absolutely crucial discussions to pave the way forward; they are important for our growth,” he said.

“Everyone needs to take responsibility first and bring what they’ve got and bring it excellently. We’re on a mission for change.” 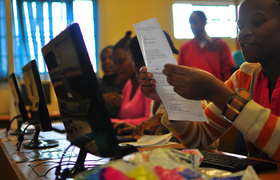 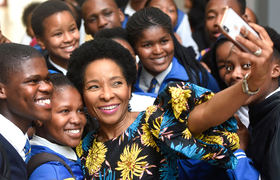 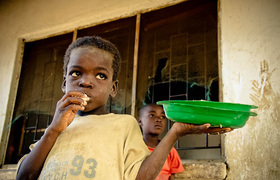