The University of Cape Town (UCT) campus community and members of the public are invited to join a silent protest in solidarity with survivors of sexual violence and rape on Friday, 2 August, from 12:00 outside Sarah Baartman Hall.

Part of UCT’s #JustNo campaign against gender-based violence (GBV), the first hour of the event is dedicated to registration and briefing, after which Vice-Chancellor Professor Mamokgethi Phakeng will address protestors from 13:00.

A silent march around the campus starts at 14:00, with participants – their mouths taped shut – returning to Sarah Baartman Hall for a debrief and open mic session.

The tape signifies solidarity with all victims of sexual assault and those suffering in silence.

The event, aimed at helping to break the cycle of sexual violence, is supported by the Office of the VC, the Office for Inclusivity and Change, the Student Wellness Service, the Sexual Response Team and the AIDS Healthcare Foundation.

Given the high rate of GBV in South Africa, the campaign seeks to condemn all acts of gender-based violence, and aims to communicate how the institution responds to the scourge using improved systems for GBV management through advocacy, awareness and research.

The university’s first silent protest was held in 2007 to highlight the GBV epidemic in the country. 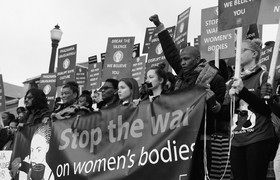 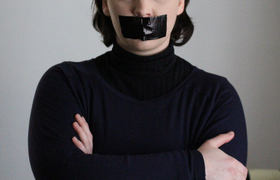