It’s a year of celebration for the University of Cape Town’s (UCT) Faculty of Law, which marks its 160th birthday, claims its place as the top law school on the continent * , and welcomes the appointment of new Dean of Law, Professor Danwood Chirwa.

Tuesday, 16 April, marked 160 years since that day back in 1859 when the first law lecture was delivered at what was then the South African College, later renamed UCT.

Various locations in Cape Town’s city centre served as classroom venues for these early law lectures, including the Legislative Council Chamber at the bottom of Government Avenue which runs through the Company’s Garden.

Since then, the UCT Law School has found its home in the Egyptian Building on UCT’s Hiddingh Campus and the PD Hahn building on upper campus, before settling in its current home in the Wilfred and Jules Kramer Law Building on middle campus.

From just one part-time professor, a handful of students and a fortnightly Saturday class, the Faculty of Law has grown in leaps and bounds. Today the faculty confers hundreds of undergraduate and postgraduate law degrees every year.

A time of celebration

At the helm, and with the help and support of his colleagues in the faculty, Chirwa seeks to create a vibrant academic atmosphere that encourages collaboration, inclusivity, collegiality and debate.

He said of the occasion that he is proud that the faculty’s 160th birthday coincides with the 25th anniversary of South Africa’s democracy, which will be marked on 27 April.

“We take pause to consider the important role that UCT Law has played in shaping the history of South African legal education and the practice of law.”

“We take pause to consider the important role that UCT Law has played in shaping the history of South African legal education and the practice of law, and in particular the contribution of our academics and graduates to shaping our current legislative framework and to continuously striving to give effect to the rights enshrined in our constitution.”

The faculty used the occasion to acknowledge key alumni for their important contributions to South Africa’s justice system. These include:

* According to the QS World University Subject Rankings 2018. 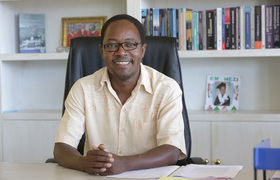 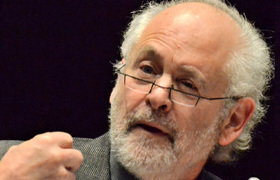