“Never let a good crisis go to waste.” That’s the view expressed by Craig Kesson, chief resilience officer at the City of Cape Town, in the wake of the recent water crisis and a far-too-close-for-comfort brush with Day Zero – the day the taps would run dry.

While dam levels are no longer dire and hopes are high for better rainfall this coming winter, an important new initiative known as the Cape Town Drought Response Learning Initiative (CTDRLI) and Film Library will serve as a highly accessible reminder.

Capturing the key findings of academics, practitioners and citizens during this time of crisis, the CTDRLI is a transdisciplinary project aimed at helping Cape Town reflect on, document, and learn from its response to the recent severe drought.

The initiative is a collaboration between the University of Cape Town’s (UCT) African Climate and Development Initiative (ACDI), Conversations that Count, and CineSouth Studios, with active support from the City of Cape Town’s director of resilience Gareth Morgan.

The CTDRLI was officially launched on Tuesday, 26 March, in the Nedbank Clock Tower Auditorium at the V&A Waterfront in Cape Town.

The event offered guests an insight into the Film Library – the first phase of the initiative – with a screening of a few interview excerpts.

The Film Library takes the form of a free online resource, which will eventually feature 45 high-quality, in-depth interviews with a range of key societal actors from a range of sectors who were intimately involved in the drought response.

The process behind the project

Interviewees include the likes of Kesson, Morgan and Deputy Mayor Iain Neilson.

A number of academics from UCT were also involved in the project, including the ACDI’s Professor Mark New and Associate Professor Gina Ziervogel, who are on the CTDRLI’s executive committee. Dr Kevin Winter, from the Department of Environmental and Geographical Sciences, also shares some of his expert knowledge.

“The complexity of the response to this crisis was striking.”

A question that emerged during the panel discussion following the screening was why the focus seemed to be on the experiences of experts, civil servants and academics rather than on those citizens whose mass behaviour change ultimately saved the city from disaster.

Two of the main drivers behind CTDRLI, Conversations that Count’s Peter Willis and Victor van Aswegen from CineSouth Studios, explained that it was simply a choice that had to be made in order to define the project.

“The complexity of the response to this crisis was striking,” Willis said.

“The city, as a whole, responded in a lot of really intelligent ways, but often with limited awareness of how the rest of the system was responding. In the end what we collectively achieved was remarkable, and many around the world see it as such.

“Since the story of what actually happened is tremendously rich and vivid, we wanted to make sure some of these perspectives were preserved, allowing us all to learn from what happened.”

Van Aswegen added that, for the purpose of this project, they decided to focus on the people who were closest to the crisis in terms of crafting the city’s response on behalf of its 4 million citizens.

“It’s just a choice we made and we’re not saying it’s the be-all and end-all,” said Willis.

“I would love to see other projects [develop from this]. There’s a huge wealth of stuff to be done. We’ve just taken one particular approach.”

Even though Willis and the CTDRLI team are careful to emphasise the fact that the project does not aim to present a definitive list of lessons learnt from the drought, the general consensus appeared to be that collaboration was key to Cape Town successfully warding off the Day Zero threat.

“Certainly, it was the people of Cape Town that saved the city. We achieved a 40% to 50% reduction in consumption,” Neilson said after the screening.

“That would not have been possible unless the majority of the 4 million people were working together.”

“That would not have been possible unless the majority of the 4 million people were working together. And that was the great achievement of this whole drought.”

Earlier in the panel discussion, New touched on the importance of being able to tap into existing, cumulative knowledge during a crisis, saying that commissioning new research to deal with problems isn’t always necessary.

“Anybody who’s dealing with a complex crisis should be drawing on multiple sources of expertise,” he said.

“That’s both professional and scientific expertise, but also what you might call experiential expertise to be able to navigate some of the crucial questions.”

Even though Day Zero is no longer an imminent threat, the City of Cape Town still faces stressors, including severe traffic congestion, for one, and finds itself, as any other city in the world, vulnerable to potential shock events.

The hope, according to Kesson, is that the CTDRLI will become a resource to refer back to in times of crisis, effectively acting as a template for learning from setbacks, no matter what their nature.

It will be proof, he said, that Cape Town didn’t let the lessons learnt from “a good crisis” go to waste.

The first phase of the CTDRLI has culminated in the launch of the website and the Film Library that is soon to follow. This was made possible with sponsorships from Nedbank, Woolworths, Arup, Old Mutual, Aurecon, PwC (PricewaterhouseCoopers) and 100 Resilient Cities (100RC), pioneered by the Rockefeller Foundation.

The focus of the second phase will be on sharing Cape Town’s story and the lessons learnt with a wider audience, which will be dependent on further financial support. 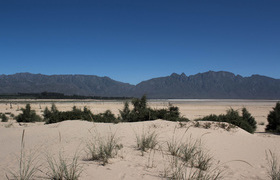 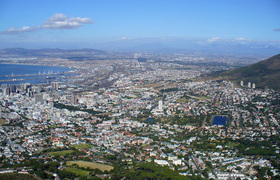