The 23-minute work was premiered in 2017 by the Cape Town Philharmonic Orchestra under the direction of Conrad van Alphen.

The symphony, which took Hofmeyr six months to complete, explores the notion postulated by the ancient Greeks that everything in the universe is constituted of four basic elements: air, earth, water and fire. As in mediaeval metaphysics, the elements are also treated as symbols of human conditions.

Most performed and commissioned

Hofmeyr has been described as the most performed and commissioned composer of classical music in South Africa, and has won several national prizes and awards. He has also won three international competitions, among them the prestigious Queen Elisabeth of Belgium Competition.

Hofmeyr’s challenge was to find musical materials that corresponded not only to the physical, but also to the emotional, psychological and symbolic connotations of these elements, and to weld them into a work which could be appreciated also at the level of absolute music.

“The result is an essay in the creation of monumental structure from the smallest particles of the musical fabric.”

The citations read: “The result is an essay in the creation of monumental structure from the smallest particles of the musical fabric, mirroring the concept of physical and spiritual universes evolved from the elements. This is achieved by creating a strikingly original musical language in which myriad micro-activities accrue to form vast textural and architectural complexes.

“While such practices were not uncommon in atonal works, their deployment in an expanded tonal context, and in conjunction with symphonic thematicism, is extremely novel.”

Hofmeyr explained that the physical processes translated into musical ones include the concept of the accumulation of small basic particles into larger and sometimes highly complex structures through duplication, superposition and merging.

The symphony is usually regarded as the apex of instrumental writing in any composer’s oeuvre, and this, Hofmeyr’s first purely orchestral symphony, is the first major symphony to emerge in South Africa in more than 30 years.

“I am very grateful to the Cape Town Philharmonic for having offered me this opportunity on the occasion of my 60th birthday.”

“Performance opportunities for new, longer, purely orchestral works are extremely limited in South Africa, and I am very grateful to the Cape Town Philharmonic for having offered me this opportunity on the occasion of my 60th birthday,” said Hofmeyr.

The work, while demanding both in terms of execution and appreciation, was well received by the public and critics, being described by the Cape Times as a most important addition to the South African symphonic repertoire.

Hofmeyr is already hard at work writing a full-length opera on Saartjie Baartman, based on the one-act opera he wrote for the centenary celebrations of the SACM in 2010.

“I hope to complete it early in 2019, but the writing is at times interrupted by more urgent requested works and commissions,” he said. 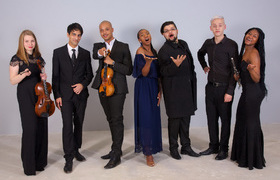 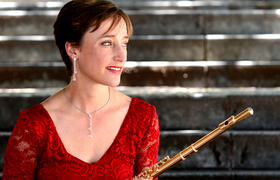