With just two weeks left of his tenure, Vice-Chancellor Dr Max Price met with the professional, administrative support and service (PASS) staff forum for the final time on Thursday, 14 June.

His message was one of gratitude and pride: gratitude to the PASS staff who put the university first during difficult periods over the past three years, and pride for the many strides made by the university during Price’s 10 years at the helm.

“One of the inspirations that I’ve had, that has kept me going when we’ve had difficult times … has been to see how the PASS staff, spread through the offices of the university, keep the place running.

“How you put the university first. How you go 10 extra miles to ensure that, as an institution, we are successful.

“I hope that I will be thought of as having done that – having put the university first.”

“And I hope that I will be thought of as having done that – having put the university first – and being with you in the trenches.”

It has been a tough few years for the university, said Price. “But I think because of that collective effort, and the changing national environment, I believe we’ve come through that storm, and I think we’ve come through stronger.”

It was a bittersweet moment for Price.

Price outlined some of the highlights the university has enjoyed over the past 10 years, with a particular emphasis on those involving PASS staff.

“When you look at the achievements over the decade – looking past the protests and into the core business of the university: the research, the teaching, the social responsiveness, improving access, improving throughput – all of those things have continued throughout,” he said.

UCT has grown rapidly. Since 2008 the university has grown its student body by 20%. This growth has not been accompanied by a proportional increase in staff, Price noted.

“We’ve become more efficient in that sense. We’re processing and managing more students for the same amount of staff as we did before.”

Almost all of the growth in the student body has been in black students, Price said. Much of this took place at a postgraduate level: a positive trend for a university aiming to become research-intensive.

“That growth has been facilitated by a commitment to improving access to the university for historically disadvantaged students. And I would say, again, one of the highlights has been in the way in which we have been able to improve access.”

Price also celebrated UCT’s commitment to improving financial access. Since 2010 the university has not turned away academically eligible first-year students on financial grounds.

“And we’ve done that partly through raising money from outside agencies … but we’ve also done that by cross-subsidising poorer students from wealthier students, through our fee system,” he said.

With the increase in student numbers came the development of Obz Square, an 880-bed residence, as well as the procurement and extensive renovation of additional residences, such as the Harold Cressy and Dullah Omar halls.

With the addition of the Masingene building, the new economics building, the Snape learning centre and the New Lecture Theatre, to name a few, the topography of UCT’s upper campus has been transformed.

This investment in physical infrastructure has been accompanied by an improvement to ICT infrastructure, including classroom upgrades and the development of lecture capture facilities, as well as the overhaul of the library system and electronic repositories.

“The classroom upgrade … has had a significant impact on success rates, through the lecture capture facility. But also, a big investment in academic development programmes, and the First-Year Experience, and student wellness.

“Student success rates have responded to that. We have higher pass rates by course, improved graduation rates, and a convergence of the [success] rates of black and white students.”

All the while, UCT continued to increase its global presence.

“It seems to me that our networking and our connection to the universities of the world is much stronger,” Price said. “UCT is seen globally as the premier university on the continent, and a partner of choice.”

But a great deal of this growth, increased access and investment in student success has had to be funded from external sources. It is here that the efforts of the Development and Alumni Department (DAD) have been instrumental in growing the university’s bequest programme, he said. External funding has allowed UCT to remain at the cutting edge of the higher education landscape, Price added.

Over the past 10 years the university has grown a number of unique and innovative initiatives that speak to this. The Hasso Plattner School of Design Thinking is one such initiative, which aims to develop innovation and a spirit of entrepreneurship in its students.

The transition between vice-chancellors is fast approaching, but Price said he was confident that he was leaving the university in capable hands.

“[UCT] is very lucky, firstly, to have been able to appoint an individual of the competence of Professor [Mamokgethi] Phakeng, who has now some nine years of experience as a deputy vice-chancellor, first at UNISA and then at UCT.

“[Phakeng] is a very fine academic, who in her two years at UCT has gotten to know the institution and the people, and so the transition will be seamless.” 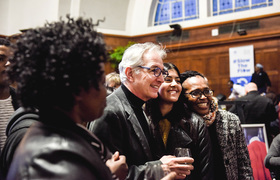 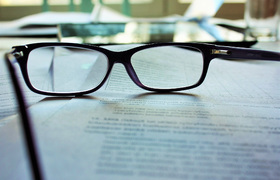 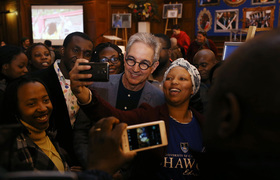