On 21 February 1917, 616 troops from the South African Native Labour Contingent (SANLC) died when the SS Mendi sank in the English Channel. Every year, on the Sunday closest to 21 February, members of the foreign diplomatic corps, South African National Defence Force (SANDF) personnel, veterans, UCT staff and students pay tribute to the men of the SS Mendi.

This year the parade was attended by the deputy executive mayor of Cape Town, Councillor Ian Neilson, and the service was conducted by Padre Tony Bethke.

Senior members of the SANDF and the Department of Military Veterans attended, as did representatives of the Cape Garrison Artillery, Cape Town Rifles, South African Navy and a host of other units. The South African Army Band provided the music, with the Cape Town Highlanders forming the guard of honour.

Hilary Page, a descendant of Lieutenant Samuel Emslie, who recruited many of the SANLC in the Eastern Cape and also drowned that day, was in attendance to pay tribute to her grandfather and all the men.

Passing on the tradition

Student involvement in the commemoration has increased over the years, with representation and participation from all the lower campus residences. The wardens and staff have assisted in ensuring that the tradition is passed on annually and that wreaths are laid in memory of the Mendi.

The event is a highlight for those UCT students who are either members of the SANDF or the Reserves. This year Candidate Officer Thabang Sebetoane, a Groote Schuur Mansions student, swapped his engineering overalls for his South African Airforce (SAAF) uniform to take part.

Ms Amanzi UCT, Sarina Mpharalala, a third-year commerce student from the Woolsack residence, attended the commemoration and laid a special wreath – seawater from the Atlantic Ocean. (Sarina is driving the student social media campaign to save water in residences.)

Gunner Kevin Ashton of the Gunners’ Association South Africa (ex UCT Regiment) and his group of volunteers are thanked for arranging the annual event with support from local units and UCT. 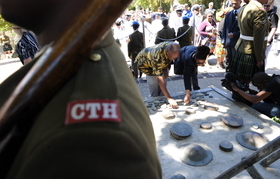 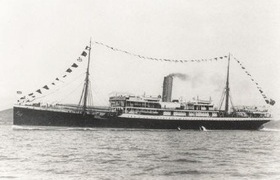 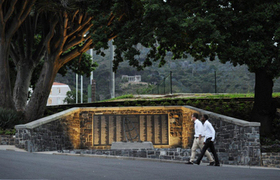