“Ukutshona kukaMendi”/ “Ukuzika kukaMendi”: The Mendi Centenary Conference is being hosted by the Centre for African Studies from 28 to 30 March as part of the centenary events commemorating the sinking of the SS Mendi.

On 26 February UCT was host to a military parade and memorial service held by the Gunners Association, Western Cape, to commemorate the sinking of the SS Mendi, an event that claimed the lives of 616 members of the South African Native Labour Contingent during the First World War. 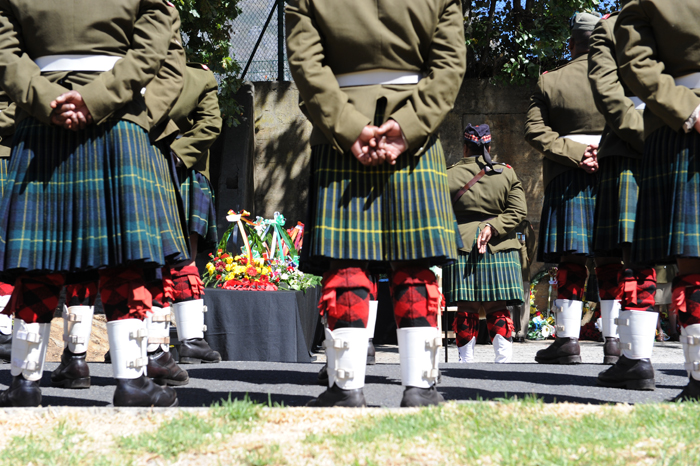 The Gunners Association, Western Cape, held a military parade and commemoration service at the Mendi Memorial on UCT campus on 26 February.

The memorial was followed by the opening of an exhibition called “Abantu beMendi” at UCT's Centre for African Studies Gallery, which featured commissioned artworks on the SS Mendi and the South African Native Labour Contingent. 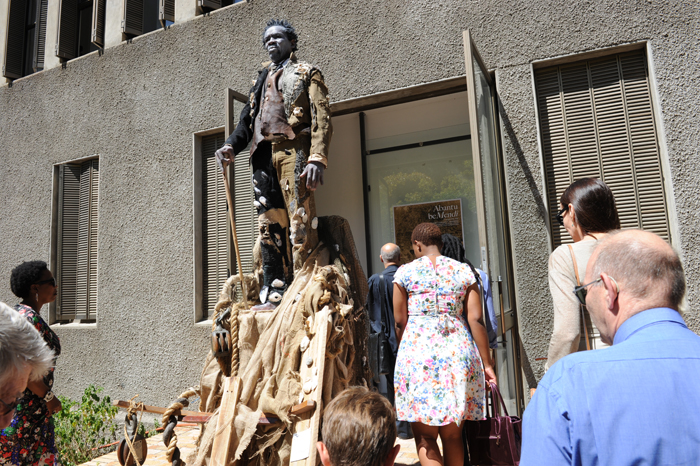 “Abantu beMendi”, an exhibition at the Centre for African Studies Gallery, featured commissioned artworks on the SS Mendi and the South African Native Labour Contingent. Here Mandla Mbothwe performs “Ndabamnye so SS Mendi” (I become one with SS Mendi) – a creative representation of a man who becomes one with the men who died on the SS Mendi. He swallows their war cries; his heart beat comes from their dance; his belly is filled by their clan names. He is the mud of the past ready to be moulded into the future.

The Mendi Centenary Conference pays tribute to the South African Native Labour Contingent and the men on the Mendi who died en route to fight for their dignity and human rights through service to the war effort.

The conference seeks to explore the struggle against oppression and dispossession, and particularly against the Natives Land Act of 1913, as a reason why these men left their homes in rural South Africa to contribute to the war effort.

It also aims to examine the roles played by black intellectuals such as Samuel Edward Krune Mqhayi, Solomon T Plaatje and John Dube in the recruitment of men to the South African Native Labour Contingent, and in dealing with the aftermath of the Mendi tragedy.