The Fall strikes an international chord

The much-acclaimed play The Fall returns to the Baxter Theatre this September in the wake of global events signalling the importance of decolonisation across the world.

The cast, consisting of UCT alumni, enjoyed resounding international success at the Edinburgh Festival Fringe, with standing ovations and five-star reviews across the board. The run was topped off with two prestigious awards.

First was the Scotsman’s Fringe First Award, which celebrates new and exceptional writing on the Fringe. Shortly afterwards, the cast beat over 200 shows for The Stage Edinburgh Award for acting.

The Fall was also shortlisted for the Amnesty International Freedom of Expression Award, which celebrates fringe productions with moving human rights messages.

This collaborative piece of workshop theatre was facilitated by Clare Stopford and curated by ensemble members Ameera Conrad and Thando Mangcu. It chronicles the student movement that led to the removal of the statue of Cecil John Rhodes from the UCT campus, and the subsequent calls to decolonise the South African education system.

“It seemed fitting to commission a work with these fine actors – who were also brave and articulate activists – in the same docudrama style as [Barney] Simon’s plays,” explains Lara Foot, CEO and artistic director of the Baxter.

The piece draws on the experiences of the seven-person ensemble in the Rhodes Must Fall and Fees Must Fall student movements of 2015 and 2016. It seeks to encapsulate the truths of the thousands of other students who took to protest, speaking to their hardships, their realities and their pain.

The piece addresses discrimination in its intersecting forms, including race, class, gender, sexuality, coloniality and patriarchy. While it does not claim to offer solutions to the questions raised by these student movements, it hopes to foster dialogue.

“We stand firm and resolute in our call for decolonisation in our country and across the world.”

“At the time of commissioning this work, I knew that it would have an effect on the community of Cape Town and South Africa at large. What I was not expecting was how relevant this play is to the international community and that it speaks to the effects of colonialism at a global level,” says Foot.

The members of the ensemble have since dedicated their awards and their performances at the Edinburgh Festival Fringe to all activists and movements working towards the dismantling of systems, structures and symbols of oppression.

“We stand firm and resolute in our call for decolonisation in our country and across the world.”

The Fall returns to the Baxter Golden Arrow Studio from 12 to 21 September at 19:30 nightly, with selected matinee performances. 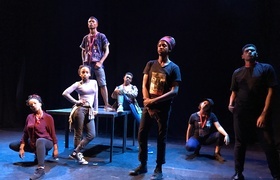 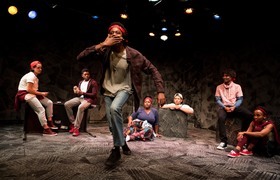 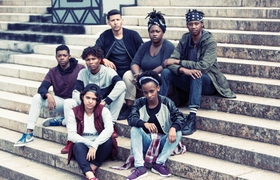