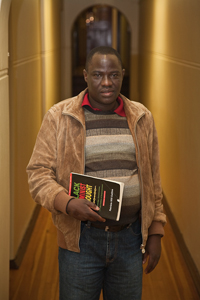 Dr Reuben Chirambo, who served as a senior lecturer in the Department of English Language & Literature, died on 6 October at the age of 48, from cancer. Chirambo came to UCT as a lecturer in 2007.

He was promoted to the position of senior lecturer in January this year. Colleagues and former students described him as a patient, selfless, devoted and soft-spoken teacher who gave generously of his time, whether he was supervising the work of postgraduates or mentoring undergraduates. Chirambo inspired a passion for African literature among his students.

He was a gifted scholar, specialising in Malawian poetry in particular, but his interests also included postcolonial literature and theory, cultural and literary theory, popular music and society, oral literature, and gender in African literature and popular culture. He is remembered not only for his academic zeal but also for his enormous integrity, his keen sense of humour and his unfailing kindness and respect in his dealings with colleagues and students.