Three kidneys and an honours degree 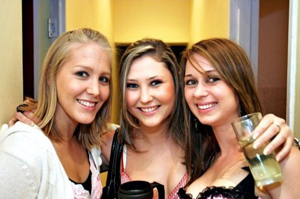 On 4 December last year she underwent a life-saving kidney transplant - and this gutsy young woman will not only graduate with an honours degree in Information Systems (and three kidneys), but is also destined to represent South Africa at the World Transplant Games in Sweden next year.

She was on doctor's orders to stay at her home in Eshowe after the operation, in which she received a kidney transplant from her mother at a hospital in Durban. Confined to her home, she missed registration; fortunately her fellow students and the Department of Information Systems rallied to ensure that she could register for her honours degree.

During the course of the year De Beer excelled at her studies and her IS honours team, ShadowFax, earned the second-highest marks in the class for their software development for the national Department of Education, a secondary school management system allowing for marks, awards and other data to be searched at school, provincial and national level.

This project was one of three from UCT teams that represented the university at the Microsoft Imagine Cup in Pretoria earlier this month.

Not just a brainbox, this brave transplant recipient is also a formidable squash player. In October she played in the SA Transplant Sports Association national games (recognised by NOCSA) and won gold for squash, earning a place at the World Games in Sweden next year as a Springbok.

De Beer is also a dedicated member of the Organ Donor Foundation and competed in the 'world's biggest walk' at Sea Point to raise awareness about organ donation.