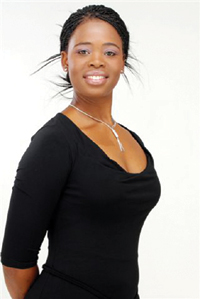 UCT graduate and rising opera star Pretty Yende wowed the audience and the jury to make history when she won all the first prizes in the Hans Gabor Belvedere International Singing Competition, competing against 158 candidates from around the world.

It is the first time in the history of the competition that one singer has won all the first prizes.

And it seems the sky is the limit for her, as she has been invited to perform in a number of international operas.

She also landed engagements with Opera Graz, Deutchen Oper Am Rhein, Stadttheater Klagenfurt, Wiener Kammeroper and an invitation to perform in a concert at La Scala.

"I was very shocked that I won so many prizes," she recalled.

"When my name was called the first time I was very excited that I had at least won one prize. And then it just went on and on and on."

Yende travelled to the competition in Vienna, Austria, with three other young singers, all the most successful in Music Is A Great Investment, which facilitates the South African round of the international competition. They include Given Nkosi, a postgraduate student in music at the SACM, and alumnus Runette Botha.

The "tsunami prize winner", as Yende has been hailed, said: "This is the beginning of a very long journey. I'm really looking forward to this journey - very excited, but with a very open mind."