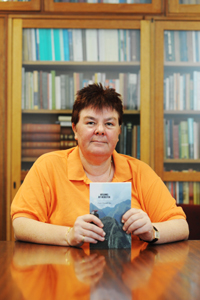 Visums By Verstek is the 23rd volume of poetry by one of UCT's most prolific writers.

The latest offering from Professor Joan Hambidge of the School of Languages and Literatures is described as "an evocative collection of poetry in which the poet's richly varied travel impressions are assimilated and brought to bear on her interpretation of that Greater Journey called Life".

Although written over a number of years, many poems in the volume appear here for the first time. Hambidge explains that the inspiration for her travel poems came while working as a columnist for the Afrikaans-language travel magazine By.

But it was only long after her trips to Cuba and Mexico that Hambidge was inspired to put pen to paper.