Best of the Ikhwezi Theatre Festival at the Baxter 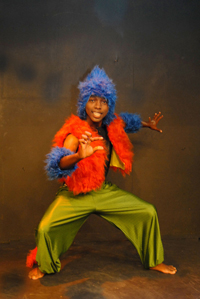 For its tenth anniversary, the Ikhwezi Theatre Festival organisers have selected three plays as the best of the fest. Now two will be staged in the Baxter Theatre Centre's upcoming Izapholo season from 22 April to 3 May, and one in the Baxter's South African season of Play>Ground next month.

Itsoseng and Tokoloshe have been chosen for the Izapholo season, while Red Winter in Gugs will be presented at the Baxter Theatre's popular Play>Ground performed reading series, which runs in May.

Directed by Itumeleng Wa-Lehulere and featuring Pumeza Rashe, Red Winter in Gugs will then be performed in the second season of Izapholo later this year, in September.

Itsoseng and Tokoloshe will run in tandem, with Tokoloshe starting on 22 April, showing at 10h00 daily, and Itsoseng from 23 April at 19h00m nightly, both running until 3 May.

Booking for Itsoseng and Tokoloshe is now open through Computicket and the Baxter Theatre.