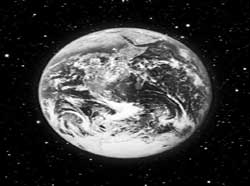 THE MANDELA RHODES Foundation has awarded scholarships to 14 students to complete their postgraduate studies in the United Kingdom. Among them is Hendrick Mabunda, who at age 19 started off as a cleaner at the Pretoria West power station, decided that he was destined for greater things, and registered for a BA degree in administration at UNISA. He planned to embark on his master's degree in business leadership through UNISA this year, but will now do an MBA in the UK.

STUDENTS AT THE Eden Campus, South Africa's first free rural eco-business school for entrepreneurs, are set to launch a business that they hope will become a premier centre for mountain biking on the Garden Route. The business, operating from the campus near Karatara, near Sedgefield, will be launched this week at a handover of 120 bicycles donated to Eden Campus and the Karatara Primary School by the Bicycling Empowerment Network. 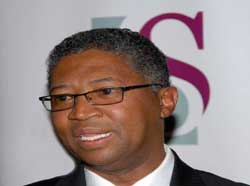 THE UNIVERSITY OF STELLENBOSCH could never "apologise enough" for its role during apartheid, its new chancellor, Russel Botman, says. Giving his inaugural speech in early April, Botman said the university and its community needed to implement greater multiculturalism. He also called for a "multidimensional language development programme for all its indigenous languages" at the university.

PHYSIOTHERAPY STUDENTS are threatening not to return home if their entry salaries are not upgraded, two students from the Union of Botswana Physiotherapy Students in Ireland have said. Chairperson Kenny Boiteto said physiotherapists are hired at a salary scale equivalent to that of many other science degree holders and that physiotherapists in Botswana earn salaries that are two scales below those of doctors. He said considering that "physiotherapy is marketable worldwide, the low salary scale makes working in Botswana unattractive".

A SHOOTING INCIDENT on 16 April at the Virginia Polytechnic Institute and State University (Virginia Tech) campus in the US has left 33 dead (including the 23-year-old gunman, who turned the gun on himself) and 15 injured. The student, Cho Seung-hui opened fire in a dormitory, killing a male resident assistant and a female student, before continuing his spree at a nearby engineering building.

AFTER ADOPTING a new, holistic approach to reviewing applications, the University of California at Los Angeles has reversed a decline in the share of black students in its fall freshman class. Figures released by the university this month show that the revised admissions policy appears to have increased black students' chances of being accepted. At the same time, larger shares of white applicants, low-income applicants, and members of certain Asian-American ethnic groups were turned away.