Reclaiming our dignity through insubordinate leadership

Insubordinate leadership is perhaps best exemplified by the 20 000 women who marched on the Union Buildings in 1956 to defy the patriarchal, capitalist apartheid state, the pass laws, entrenched colonial dispossession and the criminalisation of millions of black South Africans, said Pregs Govender.

The feminist, human rights activist and former Member of Parliament (MP) was speaking at the University of Cape Town (UCT) at the start of Women’s Month on 1 August. Govender was on campus to deliver the Klaus-Jürgen Bathe (KJB) Inaugural Leadership Lecture, a collaboration between UCT’s KJB Programme and the university’s Poverty & Inequality Initiative.

The lecture opened UCT’s month-long programme of lectures and events. It was followed by a silent protest march on campus against gender-based violence on Friday, 2 August.

In her participative lecture, Govender urged her audience to remember the insubordination of their ancestors, inviting them to share personal intergenerational stories of their forebears who had defied race, culture, gender and power.

“Generations after that march Steve Biko united us across apartheid’s ghettos of ‘African’, ‘Indian’, ‘coloured’, ‘non-white’ as black people fighting apartheid brutality and its strategy of divide and rule,” she said.

“Share [your] personal intergenerational stories of [your] forebears who had defied race, culture, gender and power.”

Govender pointed out that that the extent of that crime has yet to be fully comprehended “by a world that does not recognise the genocides of the First Peoples of the world, committed before the genocide of World War II, by the colonisers of the Americas, Africa, Asia, Australia”.

“In our country, as in all others, rape and sexual assault have been interwoven into wars of patriarchal conquest and colonisation, genocide, slavery, apartheid and capitalism. Religious texts justify violence against women and children.”

She added: “ ‘God is male – male is god’ is deeply embedded in the human psyche. Those taught to be subordinate are female and those taught to expect subordination are male. The world order mirrors apartheid and has deepened inequality and poverty. Economic, military and religious fundamentalism have increased vulnerability to misogyny, and rape and sexual abuse will affect an estimated one billion women and girls over their lifetimes.”

Hope had come following the country’s first democratically-elected Parliament, which committed to transforming an authoritarian state to a participatory, accountable, transparent “people’s democracy”.

But the new economic policy of 1996 had been drafted mainly by white men, many of them consultants to the International Monetary Fund and World Bank, perpetuating an economic status quo, she argued.

The cost of winning universal franchise continued to be paid to those who own the world, she added.

“The impending destruction of humanity and our planet, presented by climate scientists, does not penetrate the thick wall of denial and inaction, with devastating consequences for people who are poor, especially women.”

Insubordinate leadership was needed now more than ever.

“I want to incite insubordination against this in each of us. Like you, I have felt the fear and hate of subordination land on my skin, course through my blood, unsettle my nerves… its paralysis, impotent rage and helplessness…”

Govender said that in her search for answers she had looked to her ancestors, “grandmothers and grandfathers, mothers and fathers, brothers and sisters, sons and daughters and many who subvert traditional binaries, who live beyond label, who embody wisdom in their lives, their relationship to others and to the earth”.

“There is wisdom in the everyday beauty of fragile complex beings grappling with contradiction.

“We can reclaim ourselves by recognising that love is intrinsic to our being. From it we can invoke the courage to dance with our fear. “

She had drawn strength from the founding value of South Africa’s Constitution and the inherent dignity within these, “…our individual and collective birth right that underpins substantive rights”.

“Some people said that apartheid disappeared after removing the signs that said ‘non-Europeans’ … but the structural institutional roots of it remained. When we begin to get insubordinate, we begin to get to the roots of things. Oppressive systems thrive in our subordination.”

Govender said that subverting the established order of power in the world was critical to achieving social justice and inequality, and to reclaiming dignity.

Illustrating this, she asked her audience to participate in a second exercise, requesting that they perform the same task twice but differently, with a heightened sense of the dignity of others and taking time to acknowledge their humanity.

This lesson had important repercussions for institutions such as UCT.

“The question is: do people just replay the same [power] dynamics when they enter institutions, the same culture operating within the framework that has been set?”

“The question is: do people just replay the same [power] dynamics when they enter institutions, the same culture operating within the framework that has been set? This raises huge questions for all institutions: what is the imperative that drives them? Is it values? And how do we transform those institutions without ourselves becoming transformed by those institutions – into maintaining the old status quo?”

She said that leadership did not only belong to exceptional people.

“It’s about harnessing the power we all have within us and begin to practise moving that power. It’s about seeing the dignity in others and [seeing how] the quality of what we create together becomes substantially different.”

The quest to end gender-based violence was a case in point.

“Without seeing the dignity in those who bear the brunt of gender-based violence, the result will be a narrow focus on the criminal justice system and not the root causes of the problem, and how we have to address this to change the reality of our own country and our world.”

To end, Govender said we can reclaim ourselves by recognising that love is intrinsic to our beings.

“From love we can invoke the courage to dance with our fear. Inherent dignity is our individual and collective birth right that underpins substantive rights. When we forget our birth right, as we often do, we can look in the mirror of ourselves, of each other, or let the rising sun remind us of the radiance we were born with.” 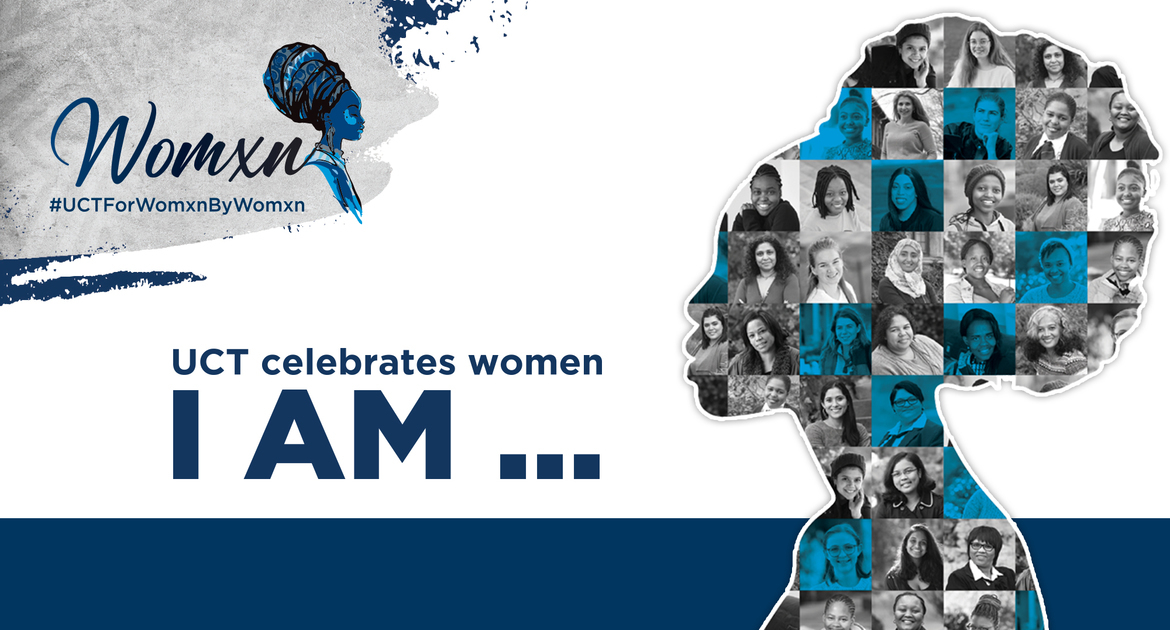 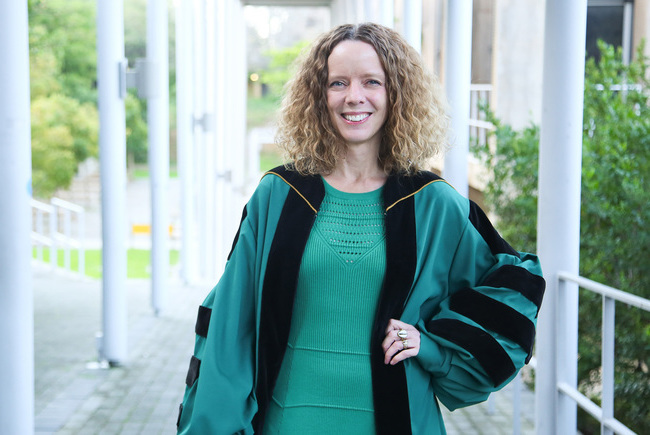 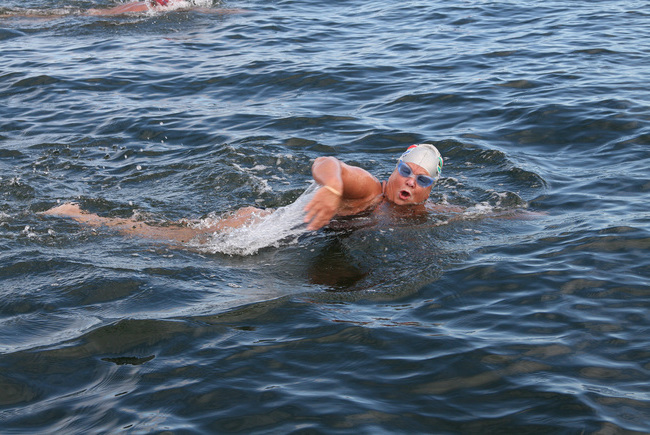 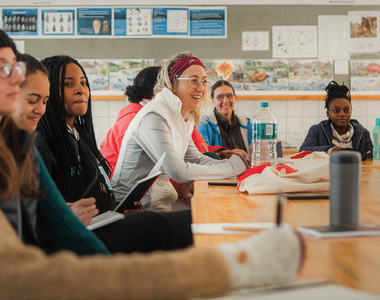 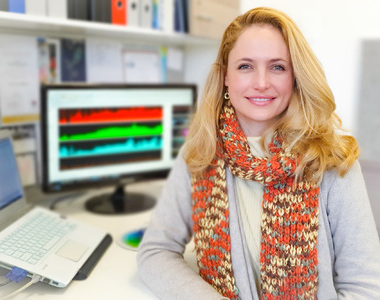 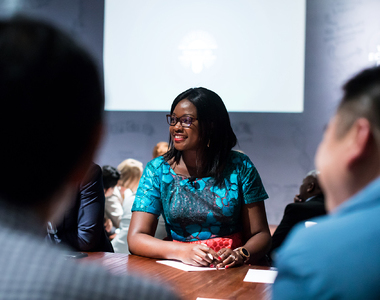 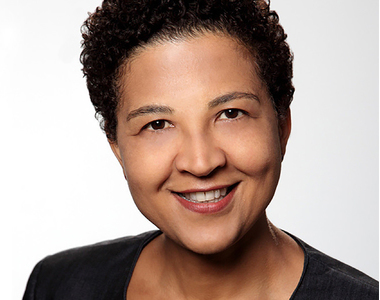 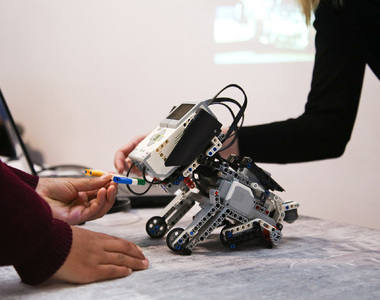 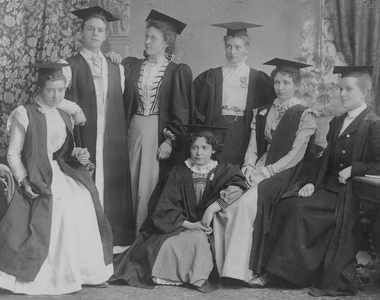 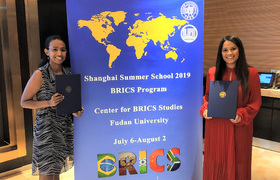 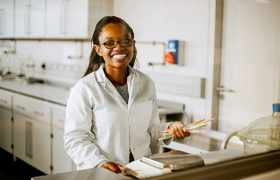