What SA must do to build climate-resilient development

There are conspicuous gaps in South Africa’s provision and mitigation planning for human-induced climate change and global warming. This is the gist of an invited paper by six University of Cape Town (UCT) authors following their contributions to the Intergovernmental Panel of Climate Change (IPCC) Sixth Assessment Working Group II Report.

The Working Group II’s (WGII) contribution to the Sixth Assessment Report assesses the impacts of climate change and looks at ecosystems, biodiversity and human communities at global and regional levels. It also reviews vulnerabilities and the capacities and limits of the natural world and human societies to adapt to climate change.

Their paper examines five themes they suggest must be prioritised and integrated into South Africa’s climate resilient development. These are:

The paper describes the complex and difficult scenarios the country faces, the way forward, themes to consider and watchpoints for government, business and society. Deliberate and sustained government action will be key.

“The South African government would be wise to take note and put significant effort into mitigating and adapting to current and future climate impacts,” the authors wrote.

The world is already hovering at dangerous temperature levels. A 1.5 °C temperature rise globally is sufficient to threaten people and ecosystems and cause widespread and severe loss and damage. It is vital to keep global warming below that threshold.

In South Africa climate change has already seen a 1.2 °C rise (the rise is relative to the 1850–1900 climate, which is the pre-industrial baseline) in mean annual surface temperatures. In the past decade the country has experienced the six hottest years recorded, as well as multi-year droughts, floods, and marine heatwaves along the coast.

Identifying South Africa’s vulnerabilities – and adaptations to these – will determine how the country will fare in a hotter future, said the authors. Their reflections draw mainly on the IPCC report’s chapter nine, “Africa”. They describe the chapter as “the clearest and most comprehensive review of [climate changes assessment issues on] the continent ever contained in an IPCC report”.

At the moderate level the main risks of loss and damage will result in less agricultural productivity, local extinction of species, and human deaths from heat, the authors noted. The WGII report also flags risks from compound and cascading extreme climate events happening simultaneously, such as heatwave and drought, or drought followed by heavy rain and flooding.

The report also warns of multiple risks interacting, such as climate change and pandemics.

South Africa must plan and implement an integrated plan of climate-resilient development to effect greenhouse gas mitigation and encourage adaptation that supports sustainable development for all.

On the mitigation front, the country’s updated nationally determined contributions to climate-resilient development (as required by the United Nations’ Paris Agreement) are inadequate – and their implementation is even slower.

The WGII report shows Africa lags internationally in terms of institutional responses to the problem of global warming. Most of the reported responses are at a household level, often through behavioural change.

“The South African government would be wise to take heed and put significant effort into mitigating and adapting to current and future climate impacts,” said the authors.

The growing demand for these resources will intensify the interactive links between them. The inevitable trade-offs in decisions about food, water and energy will be exacerbated by the need to support the natural environment and environmental sustainability. This is vital because of growing reliance on wild food and energy sources in poorer communities.

Water resources have been hard hit by global warming. Fluctuations will affect hydropower generation and irrigation and compound the overall food–water–energy–nature nexus risk.

For example, hydropower revenues in the Orange River basin could be anywhere between 30% lower and 50% higher than current revenues under the driest and wettest climate scenarios.

Water stress is also predicted to be a major driver of migration, especially internal migration.

“Nature-based solutions must be part of broader solutions to reduce climate change risks.”

However, the risks of climate change can be mitigated by ecosystem-based adaptation, which involves ecosystem management, while providing other social, economic and environmental benefits.

“South Africa has prioritised ecosystem-based adaptation in its National Climate Change Adaptation Strategy but there is still considerable uncertainty on its effectiveness with regard to enhancing water security,” said the authors.

They stress that nature-based solutions must be part of broader solutions to reduce climate change risks. However, at high levels of global warming the contribution from nature-based solutions will likely be reduced as climate extremes are expected to lead to “irreversible damage to the carbon storage capacity of ecosystems, such as mass forest die-back”.

The interconnected nature of cities and their dense populations mean that urban areas present concentrated risk. But they are also areas of concentrated opportunity for action. African cities, however, lag in developing proactive adaptation plans. Existing plans are limited to managing excessive rain and flooding.

Potential exists for African cities to better harness ecosystem-based adaptation, as such interventions can be more cost effective than traditional hard infrastructure. An example is using wetlands and mangroves rather than sea walls for protection against coastal storm surges. Cities such as Beira and Maputo have restored their mangroves.

The report notes growing evidence that knowledge and capacity are crucial to respond to climate change at all levels, from individuals to communities, enterprises, cities and nations. But in South Africa, climate change literacy is poor. Ranked at 29th out of 33 countries surveyed in Africa, only 28% of South Africans have heard of human-caused climate change.

In addition, adaptation efforts are badly funded relative to mitigation projects. Finance for adaptation efforts has mainly come from public sources, either from grants or from climate funds or government budget allocations. The reluctance of public investment shows that new approaches to debt financing are needed.

Given South Africa’s history, justice must be “front and central” of developing climate resilience development pathways, the authors said.

The report highlights three principles of justice: distributive justice (allocation of burdens and benefits among people, nations and generations); procedural justice (who decides and participates in decision-making); and recognition (respect and robust engagement with fair consideration of diverse cultures and perspectives).

Part of an equitable approach to adaptation is about investing in social infrastructure. Social safety nets are one part of this, that will be essential to respond to climate risk. However, the authors caution, “Social protection measures and programmes must be carefully coordinated and integrated with climate data and risk management measures such as insurance to reduce vulnerability to climate change.”

The report also highlights research gaps and questions that must be addressed to better understand climate change and mitigation within a South African context.

“The establishment of the Presidential Climate Commission proves that climate action is no longer recognised and promoted in research and policy alone, at a national level it is now regarded as central to decisions and actions relevant to the economy, livelihoods and broader environment as part of the country’s just transition,” the authors wrote.

The WGII report has identified knowledge gaps that could inform climate- and development-related research in South Africa and beyond. This is especially timely given that South Africa is about to implement its Science, Technology and Innovation Decadal Plan 2021–2031.

The authors conclude that while the country has put a lot in place to ramp up climate action and that planning and consultation are important, they warn against spending too much time trying to “plan the perfect response”.

“Learning by doing is necessary, accompanied by the reflections of a broad group of stakeholders.” 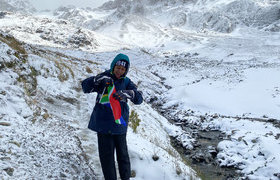 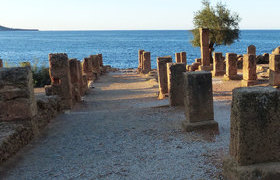 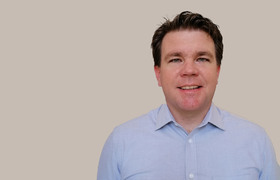