World Day to Combat Desertification and Drought: ‘Rising up from drought together’

Droughts are said to be the biggest threat to sustainable development for both developed and developing nations around the globe. It’s for this reason that World Day to Combat Desertification and Drought carries an important message.

Observed annually on 17 June, the United Nations (UN) initiative aims to increase awareness on the consequences of desertification and drought and highlight the methods for prevention and recovery. The 2022 theme is “Rising up from drought together”.

In response, the University of Cape Town’s (UCT) Associate Professor Gina Ziervogel, a geographer and climate change adaption expert, spoke to UCT News about drought in the South African context – while focusing specifically on Cape Town’s record-breaking drought in 2018 – and what’s needed to combat it. Associate Professor Ziervogel is based in the Department of Environmental and Geographical Science in the Faculty of Science. Her work to date sheds some much-needed light on the manner in which the city handled this once-in-a century drought.

Gina Ziervogel (GZ): Desertification refers to a type of land degradation in drylands where biological productivity is lost as a result of natural processes or human activities. When desertification occurs, fertile areas become arid. In South Africa, areas in the Northern Cape are particularly prone to desertification.

“Drought on the other hand refers to a prolonged period without rain, or abnormally low rainfall levels.”

Drought on the other hand refers to a prolonged period without rain, or abnormally low rainfall levels, which leads to a shortage of water in the region. This is exactly what the Western Cape experienced in 2018, and what part of the Eastern Cape is experiencing now.

ND: Talk to us about the impact of climate change on desertification and drought in southern Africa.

GZ: Desertification and drought have been a feature of southern Africa’s climate for centuries. And as the impact of climate change intensifies and more people move to cities, there’s increasing need to find ways to manage drought, particularly as it starts to impact cities more.

Drought-related food security is also a massive concern for southern Africa and emerged as a key theme in the latest Sixth Assessment Report of the UN’s Intergovernmental Panel on Climate Change. Drought-related food security affects everyone – the producers of food crops such as farmers, as well as consumers. After all, we are the ones who need to contend with the escalating food prices – and these have a ripple effect on everything.

ND: When we think about Cape Town’s drought specifically, what have we learned from it and how have we risen from the drought together?

GZ: Cape Town’s drought was a huge scare for the city, the province, the country and the world. It showed us just how dependent we are on water and how interconnected the system is. The ripple effects of the water crisis were felt across multiple sectors, including hospitality and tourism, agriculture, and our economy felt it in a big way as well.

Similarly, we felt the pinch in our homes too. The drought provided us with an opportunity to think about and manage water differently at both the household and broader city level. We understood the importance of using water sparingly. Capetonians made drastic changes to their lives, and some of these changes like recycling water and water-wise gardens have remained in place for some. These are important adaptions long-term.

“Water shouldn’t be considered a privilege.”

Businesses also played a part in the process and reduced their water usage at the height of the drought, and the City of Cape Town put various plans in place to secure and better manage water. That’s how we’ve risen together. Getting out on the other side required a collective effort and there was great need to think out of the box.

ND: Apart from the above, what other issues would you say the drought brought to light?

GZ: In South Africa we face enormous water challenges. The Cape Town drought brought into sharp focus one of these challenges, which is the inequality regarding access to water. Even though this precious resource is a basic human right, access to it remains a luxury for thousands in this country. It’s for this reason that we need to hold hands to ensure that no one ever needs to walk kilometres to access water. Water shouldn’t be considered a privilege.

ND: What do we need to do to combat desertification and drought in the South African context?

GZ: We need to continue to keep in mind that water is part of a broader system and we need to come up with ways of managing water in an integrated way. This can be very difficult when government departments often tend to work in silos, and this makes collaboration with academia, non-profit organisations and other sectors of society challenging at times.

“There are important lessons to be learned in the value of working together.”

Having said this, I’d like to note that my research during the drought in 2018 demonstrated numerous instances of how various departments within the City of Cape Town worked together for the city’s benefit. This holistic response helped us manage the drought so much better. However, we need to make a concerted effort to institutionalise cross-sectoral responses, both within cities and between officials and external role-players in order to respond to drought and other crises as well. There are important lessons to be learned in the value of working collaboratively. 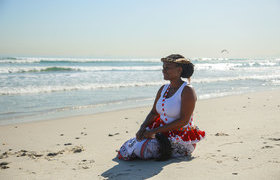 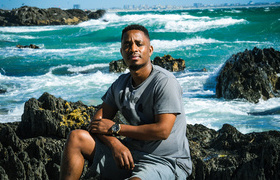