The use of digital technology has taken the media industry by storm globally, offering journalists the flexibility they need to execute their work from any corner of the world. But despite the convenience, it also places them at great risk of surveillance – compromising their safety, their relationships with their sources and their work.

As the globe observes World Press Freedom Day on 3 May, Humbulani Rambau, a University of Cape Town (UCT) alumnus, journalist and founder of community radio station Vuwani FM, shared his views on the 2022 theme: “Journalism under digital siege”.

Rambau graduated with a BA in Film and Media from UCT in 2005 and has worked for the SABC and several community radio stations around the country. He has also worked in community media development for the South African government.

“In South Africa, journalists who have uncovered big corruption stories that involve senior politicians have been subjected to surveillance.”

“Surveillance of journalists is endemic globally. Senior senate employees in the United States Department of Justice face [criminal] charges after [allegedly] leaking state information. Similarly, in South Africa, journalists who have uncovered big corruption stories that involve senior politicians have been subjected to surveillance as well,” he said.

The ups and downs

And it’s all made easier thanks to the digital technology journalists use to get the job done, Rambau said. The COVID-19 pandemic is one such case in point. Even though journalists were considered essential workers during the height of the pandemic, as the country shut down in March 2020, strict lockdown restrictions meant that meeting sources to discuss story leads was out of the question.

“Face-to-face engagements between journalists and their sources came to a halt because of lockdown, and journalists were forced to make use of digital tools and applications to work. Because some of these tools are not end-to-end encrypted (a system of communication where only the communicating users can read messages), intercepting content is much easier. This is where the danger lies,” he said.

Yet, if used correctly, digital tools provide journalists with endless opportunities, which include the option to work freely from anywhere in the world and at any time of the day or night.

“Except for the issue of surveillance, digital media has so many advantages and it has really changed the industry. It has the ability to unleash media freedom like never before, and only because anyone with a gadget – a smart mobile phone, a tablet or laptop computer – and a working internet can break a story,” he added.

Rambau said that it’s important to note that large commercial media houses benefit far more from digital technology than community-based newspapers and radio stations. This was specifically true during the early days of the pandemic. Large media houses with significant budgets had the resources they needed to share their stories widely across multiple digital platforms. Community media on the other hand, faced a lack of resources which significantly restricted their work at the time.

But, Rambau said, it was admirable how community media used the COVID-19 crisis as an opportunity, leveraging off social media platforms to reach as many South Africans as possible – using video and text to get their messages across; though this is not always as easy for journalists who work in rural areas. Limited telecommunications network coverage, skyrocketing costs of data and little access to digital technology makes telling these communities’ stories very difficult.

“It’s where we need to come in to support them in any way we can.”

“Sadly, this is yet another downside facing community journalists in rural areas. And it’s where we need to come in to support them in any way we can,” he said.

Though press freedom is guaranteed under the South African Constitution, Rambau said journalists have a responsibility to do their bit as well and to use the tools available to them wisely. He said publishing unverified stories that can result in serious reputational repercussions is a no-no. So, verification should be a fundamental rule in a journalist’s rule book.

“Some journalists have abused the constitutionally guaranteed press freedom afforded to them in this country. And in these instances, even though they issue apologies, there are no real implications,” he said. “This [behaviour] needs to change to reflect good, impartial journalism.” 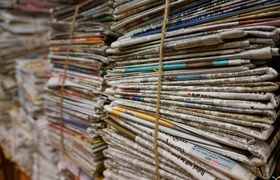 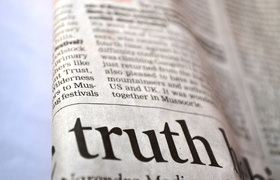 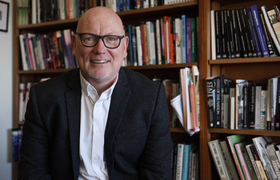 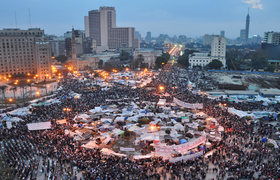 News
Are our media holding our institutions accountable? 17 Nov 2016
TOP