Engineering has the biggest role to play in making fundamental societal change – this is the motivation of the team at the University of Cape Town’s (UCT) Department of Electrical Engineering as they embark on a new project that aims to locate and monitor ocean pollution in waters off Cape Town.

Lead by Professor Amit Kumar Mishra as the principal investigator – along with Associate Professor Fred Nicolls, senior lecturer Robyn Verrinder and lecturers Jarryd Son and Stephen Paine – the team will soon undertake Project SMARTPOL, a new venture that will identify sources of pollution in our waters through methods never seen before.

Project SMARTPOL, a shorter name for a project called “Autonomous network system with specialised and integrated multi-sensor technology for dynamic monitoring of marine pollution”, is a three-year project that was granted funding by the MarTERA ERA-NET Cofund scheme of the European Commission.

UCT’s Department of Electrical Engineering was awarded the funding as part of a consortium that includes the Yildiz Technical University and Sirena Marine Yachts Group from Turkey, AquaBioTech Group and the Malta College of Arts, Science and Technology from Malta, and Interactive Software from Romania. The department will be able to access a budget of €305 000 (about R5.3 million). Part of this will be used to fund students who will work on the project.

Together, the international partners form a consortium that reflects both academic and industrial strengths for their pursuit of marine pollution detection.

News of the grant funding came in December 2021, over a year after the SMARTPOL consortium was formed in 2020. Professor Mishra said UCT was an ideal candidate with access to the nearby oceans.

“We are lucky to have two oceans on our doorstep, and ocean pollution is nothing new to us. There are not a lot of monitoring systems in place. There is volunteer-based reporting of pollution; there is nothing that is automated,” said Mishra.

“With the remote sensor radar images, we can detect the oil streaks.”

The idea is to have autonomous and continual monitoring of coastal areas.

“As … our partners include Turkey, Malta and South Africa, we will try to have pilots in these three places, so this will include the harbours near Cape Town.”

They aim to use a combination of boats, sensors and satellites to collect data to find ocean pollution.

“We are planning to have two major ways of monitoring: an unmanned boat – to which we will fit sensors – to navigate coastal areas in a continuous manner and send us data; then we are also planning to use remote sensors for the detection of pollutants in coastal water. We are especially planning to work on radar satellites; radar images are good at detecting pollution like oil spills. There are cases where people take waste oil on a yacht and just dump it in the ocean. They think that nobody is watching. With the remote sensor radar images, we can detect the oil streaks.”

Oil and plastic pollution are top of the list of what Mishra is expecting they will find; and with the ever-increasing presence of micro-plastic in nature, they have had to come up with new ways of monitoring this microscopic pollutant.

“My colleague Associate Professor Fred Nicolls has worked on the use of an optical camera to detect the phytoplankton concentration in ocean water. We are trying to see if the same thing can now be used to find concentrations of micro-plastic. Optical cameras are much cheaper than infrared-based micro-plastic sensors.”

Mishra is the department’s programme convenor for the Master of Engineering in Radar and Electronic Defence degree, experience that will be of much use to the project.

“A big chunk of the work for Project SMARTPOL will revolve around using remote sensor data to monitor marine pollution – so that is where our expertise in radar and remote sensing will be quite valuable. The detection of oil streaks, for example, is demonstrated using radar remote sensing satellite data,” he said.

Further to satellite imagery, SMARTPOL is set to build detailed information about ocean pollution through a combined process that will involve on-the-sea monitoring and, later, building models.

“If we make models rigorous, in future, we should be able to rely on satellite data to identify some of the major pollution types.”

“Let’s say we see a blob from satellite data, and we think that blob is plastic pollution. How do you validate that? That is where SMARTPOL will help. We get ground truth data from the coastal monitoring, and with that we will be able to determine size and nature. From there we can build an artificial intelligence (AI) model. If we make models rigorous, in future, we should be able to rely on satellite data to identify some of the major pollution types.”

There is a hope that when they do find the pollution, and those responsible for leaving it in oceans, they will be able to convey this information to the relevant authorities.

“At some point, maybe in two years’ time, we will start interacting with legal authorities to see the legal framework that is feasible. Currently, we are just a group of engineers trying to solve a problem. If there is no action though, this is just a waste of time.

“Engineering has the biggest role to play in making fundamental societal change. I’m a big believer of climate change. It is happening, not in 100 years, it is happening in 20 years – if we don’t fix this, our children will die. Every engineer should think about what they are innovating towards solving major societal goals,” Mishra said.

He feels that the awarding of the grant to the department is unique for them in that they don’t have a history of receiving funding from European-based agencies. This is also one of the first projects to have five of their academics from five different areas working together.

The achievements of the Department of Electrical Engineering don’t stop there. The academics from the department have also received two other major grants. A group, led by Professor Edward Boje, have received funding from the South African International Maritime Institute (SAIMI) to start a centre for marine robotics. Another group, led by Mishra, have received funding from Sentech to start a centre of excellence on “5G for Sustainable Development Goals” (5G4SDG). 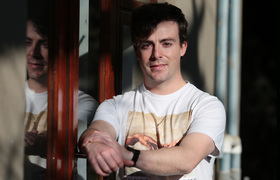 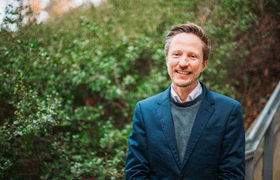 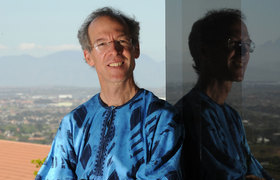