Raised by a single mother of three children, Marvel Makhubele has come a long way from his roots in Limpopo. He will be graduating with a PhD in Geoscience from the University of Cape Town (UCT) on 14 December 2021.

His doctoral research encompassed an attempt to understand how the Algoa and Gamtoos basins evolved since the Jurassic period to the present, and if there is any potential for oil and gas in that area. His work will help to identify the best places to explore for oil and gas.

His research generated controversy. “Fossil fuel contributes to global warming but many countries depend on fossil fuels to run their economies,” Marvel said. “We need to tailor our own approaches as Africans. For example, electric cars are not practical for everyone in South Africa. We need to progress into cleaner and sustainable energy but not do it in a way that will cripple Africa’s economy.”

Marvel was brought up in a very modest, single-parent household in Tshikota, a township of Louis Trichardt in Limpopo. His mother valued education so much that she trained to become a nurse while looking after her own little children: Marvel and his siblings, older sister Rhulani and younger brother Thabelo, who sadly passed away a couple of years ago.

“I saw my mom doing the best that she could to make sure that we always had food on the table.”

“Growing up, I saw my mom doing the best that she could to make sure that we always had food on the table; we always had school uniforms. She sacrificed a lot,” he said. “I remember the one time that I was in matric I was called for an interview for a bursary. She used her last R50 to send me to that interview.”

Marvel’s decision to register to study at UCT in 2007 – the first pupil from his school ever to do so – was an effort to challenge himself.

He did his BSc in chemistry and geology and his honours in applied geophysics and petroleum geology at UCT. He then moved to the University of the Western Cape (UWC) where he completed his master’s in petroleum geoscience through a full scholarship from Sasol. He returned to UCT in 2018 to do his PhD.

He is currently living and working in London but said that he misses Cape Town.

“I have just always been fortunate to be surrounded by strong women.”

He met his wife while doing his honours. “She is one of the brightest people that I have ever met. I have just always been fortunate to be surrounded by strong women.”

She supported him and their daughter, now almost three years old, while he studied for his PhD, worked full-time in a demanding job and relocated his young family to the United Kingdom during the pandemic.

Marvel said, “I am a huge patriot. I believe in South Africa. I think that there’s so much potential. I’ve got every intention of coming back and working with disadvantaged communities because that’s something that’s been close to my heart and something that I still do.” 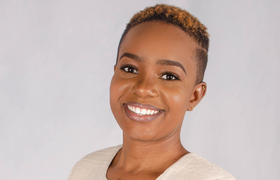 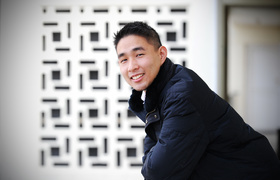 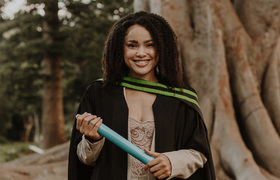